Home Banking & Finance Are Chinese companies sitting on the next debt crisis? 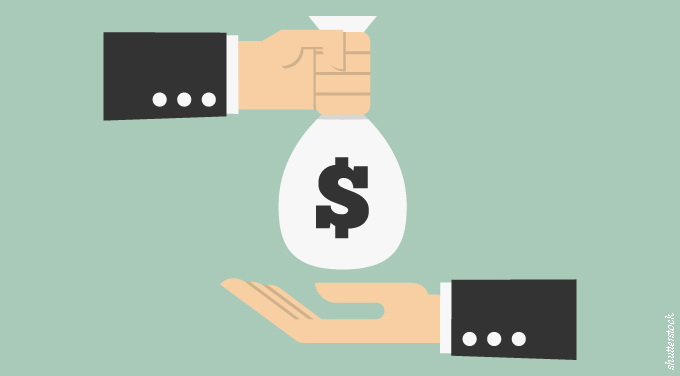 Are Chinese companies sitting on the next debt crisis?

Nothing gets reads like a shadow banking story. Articles on China’s local government debt pull page views too, conjuring images of small-town officials erecting enormous stadiums or skyscrapers on the edges of corn fields. Often left out of the country’s overall debt picture is that which has been accrued in the corporate sector – simply not as tantalizing.

But corporate debt could be one of the biggest risks lurking in China’s financial sector.

“That’s something the market doesn’t pay too much attention to … Usually the top two things that people will highlight is local debt and shadow banking,” Zhu Haibin, chief China economist at JPMorgan, said at a talk last week in Shanghai. “But we label corporate debt as the No. 1 concern.”

By JPMorgan’s count, debt in China’s corporate sector stands around 105% of GDP, up from 90% four years ago and far higher than both its advanced and emerging market peers. In mature markets, average corporate debt-to-GDP ratios run between 80-90%. In emerging markets that average is much lower: 50-60%.

Combine China’s much-higher rate of corporate debt with falling company profits and a soaring real interest rate and now you have a good read.

China’s GDP growth is on a slow downward trend. The government will target 7.5% expansion this year, down from 7.8% in 2012 after what had been a decade averaging above 10%. For corporations, this means profits are slowing too, making it increasingly difficult to repay loans.

Perhaps the single most distressing figure is that the interest rate on those loans after adjusting for inflation is about 8%, Zhu noted last week, a skyward increase from two years ago when the rate rested at about zero.

Companies have been hooked almost exclusively on debt since 2009 simply because they have little other access to capital. Executives certainly haven’t looked to China’s stock market for solutions.

The stock value of mainland companies took a downturn starting in 2008 and has yet to recover. China’s securities regulator has even shuttered the market to IPOs. In the past five years, companies have raised a paltry US$262 billion from domestic listings, just 2.8% of total social financing (TSF), according to a May report from CLSA Asia-Pacific Markets.

TSF is China’s broadest measure of credit. The jump in reliance on borrowing can be traced back to 2009, when TSF jumped to about 40% of annual GDP, up from 22% the year before. CLSA projects that measure to hit about 31% of GDP this year. Yet, regardless of the government’s attempt to tighten credit, the figures are still outpacing analysts’ forecasts.

“If anything debt is growing faster than we expected. [The] Shibor crisis was an attempt to get debt under control,” Francis Cheung, head of China and Hong Kong strategy at CLSA, said in an email on Monday, referring to the interbank lending crisis in June when the central bank refused to pump cash into banks and Shibor (Shanghai Interbank Offered Rate) skyrocketed.

Over the next 12 months, corporations’ ability to service this growing rate of debt will weaken further, Standard & Poor’s Rating Services projected last month in a report on credit risks at China’s top 150 firms.

Still, the quality of much of China’s corporate debt, even that considered to be in the shadow sector, is acceptable, Terry Chan, Standard & Poor’s managing director of corporate ratings said from Melbourne on Monday. Many local governments, especially at the provincial level, have actually invested in projects with good returns – not just empty towers and solid gold statues.

The noise on shadow banking and local government debt this year may have toned out corporate debt due to the rapid rate at which the former two figures rose. Shadow banking in particular got headlines because so much of the risk could not be appraised (hence the name shadow banking).

Although debt-to-GDP ratios at China’s corporations have increased quickly too, it’s much of the same for companies that have long been dependent on borrowing.

“The names of the top 150 companies [in the S&P report], you probably recognize many of them. They have been around for ages. That’s not to say that just because they are well-known doesn’t mean there’s no risk. It’s that the risk has been around for ages,” Chan said. “It’s one of those known knowns. Shadow banking and local government debt are the known unknowns.”