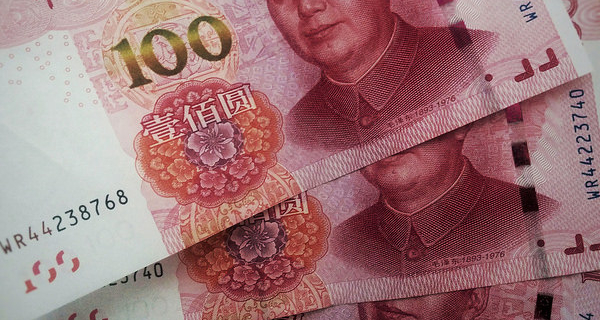 The headline consumer price index moved down from 2.2% growth compared with a year before to 1.9% – the lowest in six months and 0.2% under the Bloomberg median.

Food prices, which spiked in recent months following outbreaks of African swine fever across the country, stabilised at 2.5% year-on-year (y/y) despite a slight pick up in vegetable prices. Non-food inflation, meanwhile, fell to a two-year low of 1.7% as oil prices pulled back.

Producer price inflation (PPI) sank more sharply from 2.7% y/y to 0.9%, well below the market expectation of 2.3%. While some of this can be accounted for from a high base for comparison last year, factory price decline nevertheless accelerated to -1.0% from -0.2% on a monthly basis. The dip in oil prices was again the key factor here, but the fall was widespread, indicating softer demand throughout the wider economy.

By eroding China’s nominal GDP, deflation would have negative implications for the country’s persistently high leverage rates, which are forecast to hit 275% of GDP by the end of 2019, according to ANZ Research. This would likely add pressure to China’s ability to service its outstanding debt.

“During 2012-15, over-capacity in China had resulted in a long period of commodity deflation. Asset quality worsened and non-performing loans (NPL) rose,” wrote ANZ’s Chief Economist Raymond Yeung in a note. “As asset quality deteriorates, the non-performance loan ratio will likely test the level of 1.9% in early 2019.”

While ever-weaker price growth would be a loud signal of the economy’s downward trend, the latest figures may offer good news in allowing Beijing some freedom to stimulate flagging demand without worrying about price levels overheating.

If factory prices continue to verge on deflation, the case will be strengthened for China’s central bank to improve financing conditions for industrial firms by cutting benchmark lending rates in coming quarters.

China has already taken steps to shore up cash-starved sections of the economy which have been hardest hit by the reduction in credit growth. On Wednesday, the governor of the People’s Bank of China said that the bank would roll out its newly-created medium-term lending facility (TMLF), a new tool under which the government will provide long-term, low-cost financing to financial institutions.