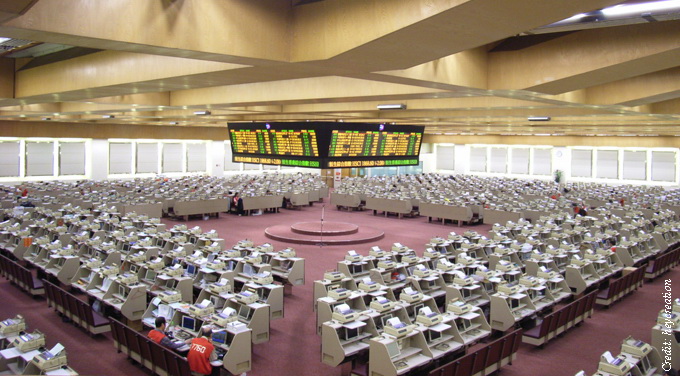 Speed has become the buzzword among equities traders looking to buy and sell shares in fractions of a second.

High frequency trading involves complex computer algorithms that hunt out small differences in share prices and then execute trades that often bring returns of less than a cent on the dollar. The process is repeated thousands of times a day.

Bourses in China have been slow to adopt this practice. So far only limited trades are allowed in commodities and futures markets and the area is tightly regulated. This has frustrated the growing pool of sophisticated domestic individual and institutional investors who want the same tools as their Western peers.

But a series of major glitches recently may justify the gradual approach.

On August 22, the NASDAQ exchange in New York, home to such bluechip equities as Apple and Google, crashed for three hours. The effect was so severe that a third fewer shares were traded in the US on that day. Just two days earlier a programming error caused Goldman Sachs to bombard an options board on the New York Stock Exchange with erroneous trades.

A year earlier Knight Capital Partners almost got wiped out in New York after losing US$440 million through a computer bug. If all this isn’t enough to give the men and women in charge of overhauling China’s financial system nightmares, then problems closer to home certainly are.

Barely a week before the problems in New York giant state-backed brokerage Everbright Securities created a massive shock that resulted in the wildest Chinese stock swings in four years. A “fat finger” led to US$3.8 billion (RMB23.4 billion) of incorrect buy orders to be placed. The Shanghai Composite Index skyrocketed more than 6% in two minutes before falling back to earth later in the day.

None of these problems had a single common link. Some were caused by machines, the other human error. What they do highlight is mounting risk involved when computers transfer gigantic amounts of data in milliseconds – volumes that are growing all the time.

“[The Everbright trade] does point out the unreliability of some of the trading systems that are being used in China as well as risk management systems,” Zennon Kapron, director of financial technology advisory firm Kapronasia, told China Economic Review.

The fallout for brokerages will be immediately felt.

Everbright has been slapped with a three month ban on proprietary trading – trading for direct gain instead of on behalf of a client. The China Securities Regulatory Commission is investigating systems at more than 110 other domestic brokerages.

Securities houses that do high frequency trading can expect to see an impact on their stock prices for the next two quarters as investors will adopt a more conservative stance towards their business following this incident, Xingyu Chen, an analyst at Phillip Securities in Shanghai, told China Economic Review.

Cautious officials should be expected to take their time in allowing a further roll out of high frequency trading.

Brokerages had been hoping that China would allow a system under which A-shares could be bought and sold on the same day, as opposed to holding them for 24 hours, to come into force by the end of 2013. That will be “absolutely” be delayed until at least next year, said Chen. “I don’t see the possibility to realize it [now].”

Chinese officials are not the only decision makers growing concerned by the practice. Lawmakers in the US and Europe are drafting regulations to restrict risky activity. Asian nations have been cautious for some time.

Chinese policymakers have been slow to introduce advanced trading systems. The global financial crisis of 2008 has shaken their confidence in complex financial products and systems that even Western “experts” admit they don’t fully understand.

Proponents of high frequency trading argue that it brings much needed liquidity to markets. The practice is now so widespread in the US since its introduction in 1998 that more than 50% of all stock market trades in the country are carried out by computers.

But perhaps staying clear of a form of trading that critics say threatens systemic risk in the financial sector, creates no economic value and disadvantages ordinary investors isn’t such a bad thing. “I don’t think it is necessary for China to [fully] adopt high speed trading. The US economy, the US financial industry hasn’t improved because of high frequency trading,” noted Kapron.

Even so, China is unlikely to perform a full u-turn on high speed trading and other advanced trading systems as it pursues a leadership role in the global economy. Shanghai, after all, is being primed to be a world financial center on par with the likes of London.