Home Business If Beijing is your landlord, what happens when the lease is up? 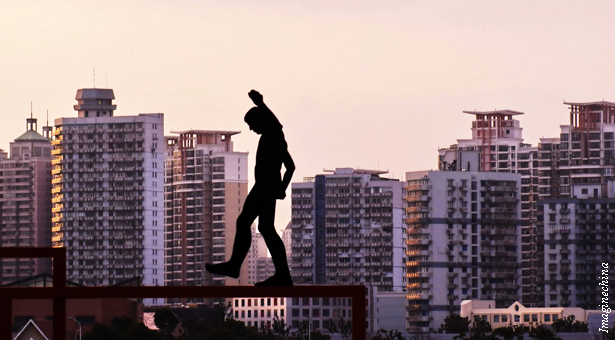 If Beijing is your landlord, what happens when the lease is up?

Many Chinese that buy homes this month will be packing up their belongings some time in the mid-2050s, when they return their flats to the world’s largest landlord, the Chinese government.

Although Chinese will talk about “buying” and “selling” property, it is in fact merely leased. The government continues to own all of the country’s urban land long after veering away from centrally planned communism. Land is leased out to those willing to develop the land – such as property developers, factory owners or shopping mall builders.

When citizens then “buy” homes from developers, they essentially take over the lease on the land, which for residential property lasts 70 years.

The time that buyers spend in the homes will vary greatly, assuming that they don’t move out before the lease runs out. If a developer leased the land last year then built and sold apartments this year, homeowners would have nearly 70 years to make the space their own.

If the lease was granted to developers 15 years ago but only recently developed, newlyweds or rural migrants might only have 55 years in the roost. The shorter duration should be reflected by a lower price.

Many homebuyers acknowledge that they don’t own their flats and must at some point vacate the buildings they have treated as private property. But the notion is a distant and abstract reality.

“Frankly, people don’t think much about it now. People think on a very short horizon at this point in time,” said Zhu Guozhong, a professor at Peking University’s Guanghua School of Management, who has researched the effects of land leases on Chinese cities.

But the leases will end eventually. And, at present, the law that says how they will conclude is largely incomplete.

Researchers and academics, let alone homebuyers themselves, can only guess at the process that will ensue when contracts expire and are either extended or the homes are returned to the government. The uncertainty generated by the legal black hole –ignored by most homebuyers – has caught the attention of some business owners curious on the fate of the structures they have built on government land.

The ambiguity of the law also raises fundamental questions on the nature of China’s massive conurbations: Will anyone want to live within these concrete-block homes scores of years into the future?

Out in the open

In the 1980s, Chinese vied for urban housing allocated by the large, state employers that dominated the planned economy. But that control slowly unraveled. Laws supporting land leases evolved in the first years of the 1990s as employment at state-owned enterprises – along with government housing – was greatly reduced.

Laws written after 1988 made leases and land transactions legal and also specified timeframes for leases. While residential leases are 70 years, leases for commercial development run 50 years and for industrial projects 40 years.

Although the new rules brought a degree of clarity to the market, Zhu of Peking University noted in a research report he co-authored in January that the issues awaiting the market 40 to 70 years down the line were “not well addressed.”

China at least specified in a 2007 law that the right to use residential land will be automatically renewed upon the expiration of the contract. However, it did not so much as hint at what that renewal process would entail or at what price the government may re-lease the land, leaving much room for speculation.

Castles in the air

While the vast majority of China’s housing contracts will stay valid for decades to come, there have been a few real-time tests for what the expiration of leases could look like.

In 2002, several land leases in the special economic zone Shenzhen expired, much to the surprise of some of the leaseholders. Shenzhen, the cradle of free-market economics in China, granted many 20-year leases in early 1980, the fledgling days of the country’s reform and opening when few national laws adequately provided for such market-driven experiments.

The Shenzhen government addressed this problem in a 2004 regulation that required property holders in the city’s vibrant Luohu district to pay 35% the value of the property for a 40 year extension on their lease. Those unwilling to pay faced losing the property with only the depreciated cost of any development on the plot as compensation.

The buildings were dubbed “castles in the air,” according to Asia Times back in 2006, drawing attention to the fact that the buildings were worth little without rights to the land on which they sat.

The next wave of expirations should hit industrialists that struck some of the first official lease deals. Those could come in the early 2030s when many of the earliest 40-year contacts start to run out. Commercial businesses will face the same a decade later.

However, the uncertainty surrounding industrial and commercial enterprises is greater than that in the residential sector. The 2007 Property Law, while noting automatic renewal of leases for residential land, gives no such direction for non-residential property, Zhu noted in his January report.

Biggest issue on the horizon

The ambiguous fate that awaits industrial enterprises in less than 20 years has piqued the curiosity of some foreign business owners in China.

At a January event held by the British Chamber of Commerce in China on private investment in infrastructure, several businesspeople in attendance raised questions over how investors could be guaranteed a fair market value for the land on which they had built factories or other enterprises given the finite terms of leases. However, there were few concrete answers on what would prevent Chinese officials from taking advantage of the vague laws and profiting greatly off “re-leasing.”

Some attendees called this lack of legal direction one of the “biggest issues on the Chinese horizon.”

“It is an interesting question,” wrote John Gruetzner, the co-managing director of Intercedent, a Beijing-based investment and corporate advisory firm, in an email earlier this month. “I am not sure that many people think ahead because the Chinese private sector is very short term [in] perspective.”

By the time many of the leases expire, China may have already committed to full private ownership of land, said Gruetzner, who had attended the BritCham event. In that case, the government would sell or auction the land permanently at competitive prices.

The central government has given little indication that it will privatize land soon. The market is lucrative in its current state, Beijing may not feel pressure to reform it and radically redefine its socialist ideology.

The absence of ownership rights has not deterred Chinese from buying homes. The proof is in the residential housing sales that have climbed uncontrollably for a decade, inflating housing prices far beyond what the average consumer can afford.

Despite this insatiable appetite for homes and other properties, Chinese generally neglect to re-invest in or redevelop the real estate that will eventually leave their hands, Peking University’s
Zhu said.

Many of the large apartment blocks that now crowd Chinese skylines may not even be designed to be lived in until the end of the contract. In 2010, the Chinese media buzzed when Chou Bauxing, the vice head of the Ministry of Housing at the time, suggested that Chinese buildings had an average life span of 25 to 30 years. That projection was later contested.

“Right now, what people are thinking is, the house will remain good for just 30 or 40 years,” Zhu said. “Some people I talked with think that in 30 years the house might not even be livable, so why should they care?”