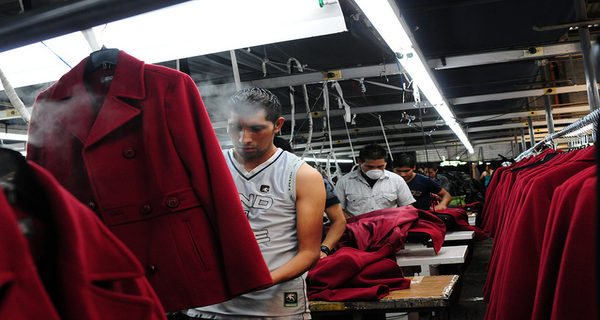 A tired narrative has formed around China’s growing ties with Latin America over recent years. As China has become the number one trade partner for an increasing number of countries in the region, critics have been quick to characterize the trade relationship as harmfully one-sided. China, they argue, is simply using Latin America as a place to dump its cheap manufactured goods while plundering its natural resources to feed China’s economic growth.

While it is true that some Latin American countries do export raw materials to China, generalizing this to the whole of Latin America is an oversimplification. Latin America is a vast region whose diversity is reflected in each country’s individual export and import markets. Particularly in the northern states, there is a trend toward the export of manufactured high value-added goods related to technology industries. The development of these markets is an important source of economic growth in the exporting countries, creating higher-quality jobs and more sophisticated production chains.

And for El Salvador the most important products are electrical capacitors, recovered paper, knit men’s suits and knit shirts. There are other countries following this trend, though to a lesser extent, such as Honduras and Dominican Republic, where high value-added goods such as pharmaceuticals and electrical accessories complement the countries’ natural resources market.

As the trade ties between China and Latin America strengthen—China is now the region’s second-largest trade partner after the United States, representing 16.2% of its total trade in 2016, around $262 billion—so do the two sides’ political relations due to the benefits amicable relations with China might bring. What’s more, there is a generally positive attitude toward China among many countries in the region, as it is perceived as a partner in a win-win relationship. Efforts by some in the US, most notably former Secretary of State Rex Tillerson, to paint China as an exploitative, neo-colonialist power, are unlikely to have much effect in many Latin American countries.

Nevertheless, the picture is far from one of principally high value-added products. China’s top trading partner in Latin America is Brazil, which runs a trade deficit and mainly exports soybeans, iron ore, crude petroleum, sulfate chemical wood pulp and poultry. The leading export for many countries remains either agricultural products or commodities. But the region has more to offer China than just the products of its soil. Latin America is not a homogeneous region and making generalizations on the nature of its trade with the world’s second largest economy is neither simple nor useful.