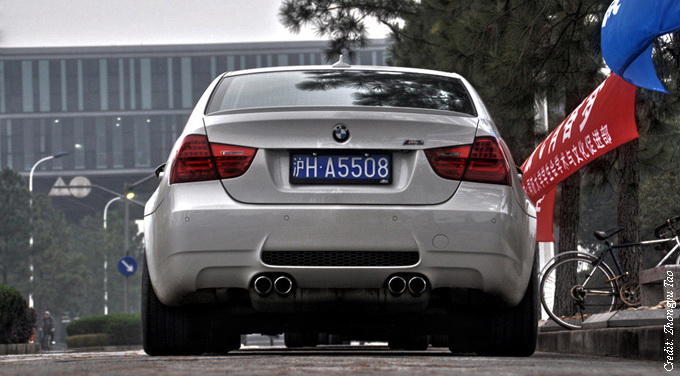 “The Ultimate Driving Machine” was Bayerische Motoren Werke’s (BMW.FRA) iconic advertising slogan for years. The German automaker’s exclusive China partner Brilliance Auto (1114.HKG) should swap “driving” for “profit” following impressive second quarter results that surprised the market. In the first six months of 2013 net profit surged 52% to US$332 million (RMB2.03 billion); analysts had been expecting an average of around US$250 million. Mainland sales of the luxury BMW’s 3 and 5-series autos are booming. Shipments are so good in fact that China is on course to supplant the US as BWM’s largest market by the end of the year. With its German partner, Brilliance has a clear road ahead to continue growing. New BMW models coming to the market in 2015 will help sales, while more than one million BMW owners in China will lift the auto parts and repairs business, said an analyst who asked not to be named. The company is now also building engines instead of importing them, increasing efficiency and profit margins, the analyst added. A reported investigation by Chinese regulators into the pricing of foreign autos should also have “little impact” on Brilliance as it builds the bulk of its cars domestically, and the review is looking at imported models, said the analyst.

Whirlpool (WHR.NYSE) is taking a badly tarnished route into China. On Tuesday, the US washing machine and dishwasher maker said it would buy a 51% stake in home appliance firm Hefei Rongshida Sanyo Electronic (600983.SHA) for US$552 million. Since Caterpillar (CAT.NYSE) took a charge of about the same price (US$580 million) on its purchase of Chinese mining equipment outfit ERA Mining last year, no big US firm has dared spook investors with a mainland buyout. ERA was found to have been cooking its books; the US company and its investors took the hit. Hefei Sanyo is likely a better bet. The company was started as a joint venture with a Japanese firm and still has international oversight. As the first US company to buy back into the mainland since the Caterpillar debacle, Whirlpool is taking a great risk – but a warranted one. Online sales of home appliances in China grew by more than 17% in the first half of the year, totaling more than US$8.6 billion. In the second quarter, Whirlpool’s China sales accounted for only 5% of its US$4.7 billion in sales. Investors in New York should watch Whirlpool’s strategy for signs that it will tap into the country’s burgeoning online market for white goods.

Lenovo (0992.HKG) PCs are about the only Chinese consumer electronics products that have any kind of positive brand awareness globally. The equipment, know-how and brand reputation that helped propel the Beijing-based firm into the limelight were acquired from a respected US technology company. That was in 2005. Since then Lenovo has gone from strength to strength, guided by its own wits – and a big research and development division in North Carolina. This year the firm has leapfrogged Hewlett-Packard (HPQ.NYSE) to become the world’s biggest PC maker by shipments, according to Gartner research. And so its star continues to shine. First quarter net profit, announced on Thursday, rose 23% to $173.9 million in the three months ended June – once again beating analysts’ forecasts. Helping the firm through the downturn in global PC sales has been strong growth in newer consumer electronic gadgets. Shipments of smartphones in Q1 more than doubled from a year earlier to a record 11.4 million units; non-PC sales in the key China market exploded 76% year-on-year. Analysts at Barclays in Hong Kong expect sales to grow year-on-year and for margins to improve for the next several quarters because of better PC and smartphone profitability, according to a Thursday note. They maintain their overweight rating on the stock.

Tonly Holdings (1249.HKG) finally debuted on Thursday, a day later than planned following the closure of the Hong Kong Stock Exchange on Wednesday due to a typhoon warning. The electronics manufacturer ended the day down 1.16%. IPO activity in Hong Kong remains weak, with no forthcoming listings to report.