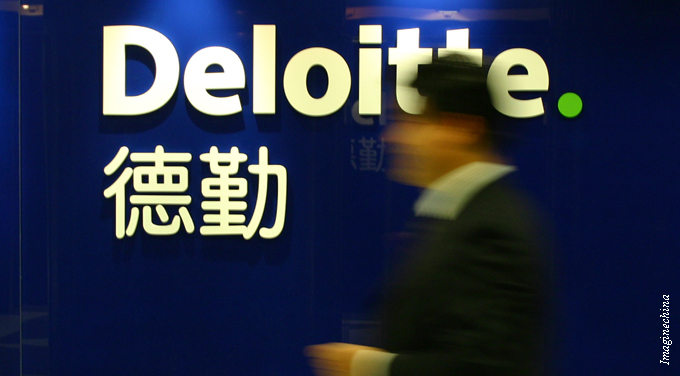 Chinese securities regulators are showing just how averse to embarrassment and defeat they really are. Their intention to keep foreign eyes off the accounting documents of the country’s firms that are listed in the US, particularly the state-owned ones, has taken Chinese companies and US investors on a wild and increasingly perilous ride since 2011.

The US Securities and Exchange Commission’s (SEC) ruling in late January to suspend the companies that audit US-listed Chinese firms could be the beginning of the end of a several-year showdown. China’s unflinching attitude toward the SECs decision shows just how much it is willing to risk to keep secrets firmly on the mainland.

The SEC has waged a slow but steady attack on US-listed Chinese firms and their auditors, namely the Chinese affiliates of Deloitte, PricewaterhouseCoopers, KPMG and Ernst & Young, collectively known as the “Big Four.” The regulator demands to review company working papers, in line with US law, to protect investors against fraud.

In May 2011, the SEC subpoenaed the working papers of Chinese firm Longtop Financial Technologies from Deloitte Touche Tohmatsu. The Longtop case, which the SEC had just probed for accounting irregularities, was a portent for a much larger shock to Wall Street. The New York Stock Exchange moved to delist Longtop three months later, and since then more than 100 US-listed Chinese firms have received similar treatment or simply stopped filing regulatory paperwork.

After more than a year of trying to get its hands on Chinese working papers, in early December 2012 the SEC charged all four of the accounting firms’ China affiliates with violating US law. The half-year suspension of those companies issued this January was the SEC’s ruling on that case, albeit not the final say as the Big Four plan to appeal.

The heart of the dispute revolves around the China Securities Regulatory Commission’s (CSRC) unwillingness to let US regulators see working papers from Chinese firms, followed by the reluctance of the Public Company Accounting Oversight Board (PCAOB), a body mandated by the US Congress to oversee the audits of public firms, to take real action for this severe breach of US law.

Insiders have told China Economic Review that working papers from China’s state-owned firms could reveal some embarrassing details, for example the connections that the families of top Chinese leaders have to some of the country’s biggest, most powerful enterprises. The literature is so sensitive that China has conveniently labelled them “state secrets.” The Big Four affiliates say their management could face time in a Chinese prison should they hand over the documents. China has come out as the easy winner in the game.

The PCAOB has made little observable headway in weeding out Chinese accounting fraud. Last May, the board signed a memorandum of understanding (MoU) with the CSRC and the Ministry of Finance which allows it to request working papers if it suspects irregularities. The deal was another victory for China, allowing its companies to continue to operate without handing over the paperwork.

For the PCAOB, and US investors as a whole, it was another defeat. Experts said that after-the-fact reviews of working papers would hardly prevent fraudulent companies from taking US investors’ cash.

That deal did, however, lead the SEC to drop the original 2011 charges against Deloitte just days after it issued the suspension in January. The MoU provided enough room for US regulators to gather the information they have long sought on Longtop.

The SEC ruling is the first real American regulatory muscle to be flexed in the ongoing dispute. Unfortunately, the effort could be in vain – and it could hurt US companies at the same time. China isn’t playing this game to lose or to be embarrassed on the international stage.

First, appeals from the Big Four will likely drag the case out for a very long time. This could help Chinese firms and their auditors continue to violate US law. Investors should know the risks.

Next, the suspension could result in the delisting of many Chinese companies depending on when it is imposed. Yet, if the Big Four affiliates are banned after they make annual regulatory filings for Chinese companies, the punishment will have little impact over the six-month period. All parties involved must be questioning what happens after the half-year stall. The next few years will be chaotic ones for investors.

“Ultimately it is the American investors and institutional managers who will take the most of the financial losses,” Junheng Li, head of research at JL Warren Capital, said in a note to investors on the prospects for a complete delisting of Chinese firms.

A six-month ban will also stop the Big Four affiliates from working on audits for multinational companies (MNCs) that do business in China, Paul Gillis, a professor of practice at Peking University’s Guanghua School of Management, wrote in a blog entry. “That would increase the risk on MNCs with China operations which is not in anyone’s best interest,” Gillis said. Large foreign companies are already feeling the heat from a series of probes by Chinese regulators over the past 12 months.

Perhaps most importantly, by delisting Chinese companies, the SEC may be giving China what it wants.

China’s regulators were never enthusiastic about US investors buying into mainland companies. In fact, the government still imposes strict rules that attempt to stop companies in sensitive industries from listing abroad (the companies have figured out ways around those rules). Should a suspension of the Big Four’s China affiliates result in delistings in New York, Beijing will happily welcome the firms back to the mainland.

After all, China Development Bank, a policy institution that takes orders directly from the government, put aside US$1 billion in 2012 to help buy out troubled firms on US exchanges. Despite its miserable performance, the Shanghai Stock Exchange recently reopened to IPOs after blocking new listings for longer than a year. Officials would no doubt prefer to see companies listed here than in the US.

The SEC has fought hard but will likely stumble in this final attempt to bring Chinese companies to heel. In the end, China will opt to keep its companies and its secrets well guarded at home.