Home Banking & Finance China's crackdown on hot inflows led to cold exports. Get used to it 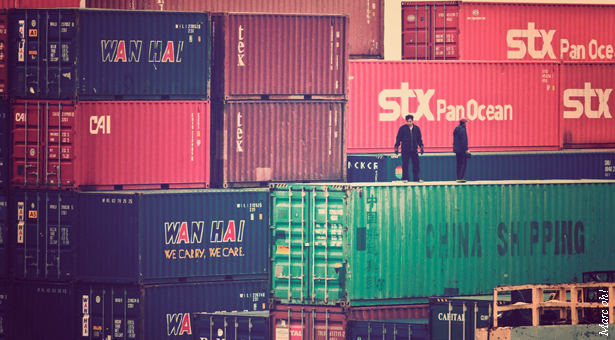 China's crackdown on hot inflows led to cold exports. Get used to it

Economists and I-bankers have been complaining for months that the China’s export figures have been inflated. But, pulling back the curtain to get a truer picture of exports, they might not like what they see.

That’s if today’s trade data release is any indication. Export grew at the slowest pace in a nearly a year in May, rising at shockingly low 1% year-on-year. That’s down from 14.7% growth in April.

Slowing growth itself isn’t that surprising. A slowdown had been widely expected, with a consensus economist prediction of only 7.3%, according to Reuters data. Markets were also expecting lackluster trade data as well, contributing to a decline of 3.9% in the Shanghai Composite Index this week leading up to the announcement.

Qinwei Wang, a London-based China economist for Capital Economics, wrote in a note on Friday that exports had been unusually strong in May of 2012, which makes for a tough year-on-year comparison this year. But even looking month-to-month, the numbers also weakened with exports falling to roughly US$183 billion in May from US$187 billion in April.

The main reason for the dim expectations was a crackdown in early May on false trade statements. Companies have widely been suspected of inflating the value of their exports in order to sneak more money into the country.

The State Administration of Foreign Exchange (SAFE) stated on May 5 that it would warn companies if their stated exports were larger than the value of the actual transaction and blacklist them if they could not adequately explain the discrepancy.

The crackdown appears to have worked but with the side effect of dragging way down headline export figures. Much of the hot money flowing in was thought to be through Hong Kong, and data specifically on flows between the mainland and the financial center indicate the rules have indeed curbed that illicit activity. Exports to Hong Kong grew only 7.7% in May, compared to 57% in April, as Reuters astutely points out.

The fact that the purchasing managers’ index (PMI), an indicator of manufacturing activity, did not presage this drop in exports is also a sign that the fall has more to do with the crackdown on illicit inflows than an actual slowdown in production. In the official data release on June 1, the PMI sub-index for new export orders rose to 49.3 in May from 48.4 the year prior.

A number below 50 indicates a contracting growth rate, but the rise in the export sub-index nevertheless clashes with the huge slowdown in export growth.

Traders may cringe in the short-term, but a more accurate reading of trade data is important if it helps economists and policymakers understand the true nature of the slowdown.

“Export growth in May confirms our estimates that China’s ‘true’ export growth so far this year could just be [in the] lower single digits,” said Bank of America Merrill Lynch economists in a note today immediately following the data release. In an earlier note, the economists had suggested that the real growth in exports for the first four months of the year was actually 5%, instead of a headline 17.3%.

Regulators may have been clever in cracking down on the hot inflows when they did. The dates on which economic figures are released are generally announced far in advance. It’s possible Beijing could have foreseen that May figures would be released on a Saturday when the mainland is headed into a five-day holiday for the Dragon Boat Festival.

Perhaps traders will have calmed down by the time markets reopen on Thursday. Although it likely foretells a fall in the market, traders should recognize that more accurate trade data is a positive sign for the long-term sustainability of the economy, and thus stock prices.

In other words, traders and investors should brace themselves for more data releases like this in the future.