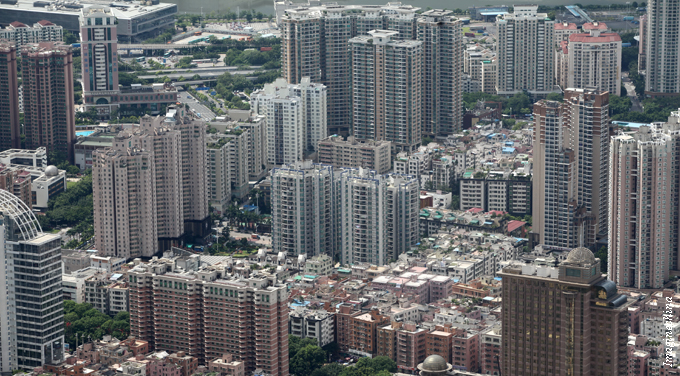 Chinese homebuyers have driven housing prices and developers’ stocks skywards in the past decade but that has been clearly over for more than a year. Official economic data released on Wednesday showed the slowdown in the sector deepened in July: Housing sales skidded 16.3% in July compared with a year ago in terms of floor space, Reuters calculations showed, a sharp increase from June’s 0.2% annual fall. With the market freezing, building activity has plunged: New construction fell 12.8% in January-July as cash-strapped developers tried to clear huge inventories of unsold homes. But discounts and other sweeteners have failed to attract many buyers, who expect further price declines and are holding back from the market. In a note, analysts at Barclays Research attributed a slowdown in developer’s sales campaigns and the return of a “wait-and-see” attitude among developers after the government’s policy loosening to the dramatic 31% decline in July’s property sales. The outlook is not looking good but the market will still have life. People still want somewhere to live and urbanization will bring millions of people to towns and cities over the coming 15 years. In the short term, the increasingly friendly policy environment, with the removal of housing purchase restrictions in many second and third-tier cities – where the slowdown has been most pronounced – coupled with some stimulus measures may help boost sentiment among homebuyers. Barclays Research predicts two rate cuts in the second half of 2014 that could inject more liquidity into the market. The analysts caution that the housing sector rally still has a long way to go, but there are still plays for investors to make. China Overseas Land & Investment (0688.HKG), China Resources Land (1109.HKG), Shimao Property Holdings (0813.HKG), Sunac China Holdings (1918.HKG) and KWG Property Holding (1813.HKG) are their preferred stocks.

Seeing hoardes of office workers and builders hunched over steaming bowls of instant noodles at lunchtime in China would give you the impression of good business. The noodles – priced at less than a dollar and quick to prepare – are eaten with relish everywhere from offices in Shanghai to construction sites in Shenzhen. Yet revenue from this convenient meal fell in the first half for Uni-President China (220.HKG) as the company pushed the table out to grab more consumers. UPC boosted its market share by 0.7 percentage points year-on-year to 17.6% in the first six months of 2014, according to AC Nielsen data, but the the expense of handing out freebies and discounts. The gross margin fell and losses from instant noodles losses widened to RMB116 million from RMB82.3 million in the second half of 2013. That dragged down overall company net profit by 38.2% year-on-ear to RMB355 million. “The instant noodles business will remain loss making through to 2015 before breaking even in 2016.  While competitor Tingyi (0322.HKG) keeps launching new products, UPC continues to rely on its Lao Tan pickled cabbage and beef noodles, the target of the ongoing price war in instant noodles,” analysts at UOB Kay Hian said in a note. “On the other hand, there is still pressure on profitability coming from price competition which we do not expect it to end anytime soon.” The analysts see UPC’s strategy of catering to consumers’ constantly changing tastes by relying on a handful of products as risky, and maintain their “sell” rating on the stock. Feeding the masses doesn’t always put money in the bank.

China Vast Industrial Urban Development (6166.HKF), one of the first developers of large industrial towns, or cities built around industrial parks, in mainland China, has filed for an IPO in Hong Kong on August 25. The developer has indicated pricing of HK$2.75 to HK$3.75 per share and is looking to raise up to HK$1.23 billion (US$158 million). The firm reported revenues of RMB1.2 billion (US$195 million) last year, up 160% from 2012.