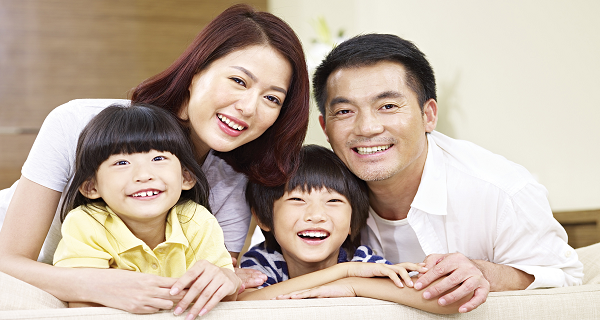 China struggles to convince parents to have a second child

Controls on family size, limits of one child only, have been a part of life in China since the early 1980s, and that is more than one generation ago. It may have made economic sense at some point, but Chinese officialdom and society at large is now coming to recognize both that the policy as having been a negative, and that you can’t turn back the clock.

The one-child policy was formally abolished in early 2016, following which all married couples are allowed to have two children. The goal is to boost the number of children being born every year well beyond the 15-18 million that has been the average for more than a decade.

The policy shift had been working to some extent: The number of newborn babies in China in 2016 was 18.5 million, an increase of over two million compared with the previous year. But that number still fell short of what government officials had hoped for. And about 60 percent of the 7.4 million children born in China in the first five months of 2017 were the second or third children.

The surprising results released by the National Bureau of Statistics last Thursday reinforce that sense even further. The data published revealed that the total annual number of births in China actually declined by 680,000 in 2017 compared to the previous year. The figure for annual childbirths stood at 17.3 million, much lower than the 21.95 million the Chinese government estimated would be born last year following the introduction of the two-child policy. Expects expect this decline in the second child phenomenon to continue into 2018 as the pent-up demand from parents previously restricted from having the hoped-for second baby dissipates.

The decades of the one-child policy have left deep scars on Chinese society. There has always been a tradition in Chinese society of a preference for male children over females, and faced with the prospect of having only one child, many parents over the decades have found ways to illegally determine the gender of their fetuses and abort if it is the wrong one.

As a result, in some parts of China today, the male-to-female ratio is as high as 120-100. This creates a whole host of social problems, including a greater demand for prostitution, an opportunity for human trafficking, pickiness on the part of girls when choosing a life partner and a huge group of lonely single men who face the prospect of being unable to meet a basic requirement within the Chinese family – or indeed any family – of providing an heir and successor.

Average fertility rates in China are still well below 2, while India is above 2.3. The rate required for static replacement is an average of 2.1 children per family. That means China is facing a continuing decline in its long-term demographic prospects while India is on track to be the world’s most populous nation in the coming years.

In fact, according to some outlying estimates India may already have overtaken China. A Chinese scientist working in the United States at the University of Wisconsin-Madison’s medical school, Yi Fuxian, has produced papers which suggest that China’s actual population is around 100 million less than the number given by the National Bureau of Statistics. The population at the end of last year, he says, was actually 1.28 billion, and not 1.38 billion as officially estimated.

On this basis, China’s population may well be lower than that of India, although according to United Nations estimates India is not scheduled to supplant China as the world’s most populous country until 2024. Doctor Yi bases his estimates on two factors: Chinese migration to other countries not being fully taken into account, and the tendency of local officials to inflate population numbers to get more central government funding for education, health and transport.

There is a problem in terms of the reluctance of many of China’s younger urban middle-class educated working parents to take the risk of having a second child, even though it is now allowed. There are economic and psychological reasons for this. Economically, kids are expensive and take up time otherwise probably spent on jobs and making money, and the pressures of life on this group of people is huge. Psychologically, Chinese parents today are also overwhelmingly themselves only children, and if there is anything in the belief that only children tend to be more selfish than those with siblings, then the lack of a huge jump in births after the end of the one-child policy may be proof of it.

This news of the fall in birth rates has certainly caught the country off guard, and may begin to put any estimates for the coming years into question. In this period, some couples are opting for a second child with the gap between first and second more than the global average number of a couple of years. But many others, having now gone through the most arduous phase of raising one child, and seeing the kid become relatively independent, are reluctant to head back into the 24-7 lifestyle of another baby.

Parents who do opt for a second child, however, tend to be in a better financial position than they were the first time round, and are more experienced and aware of the need to use reliable, safe and long-lasting products. That provides an opportunity for higher-margin imported products in the baby and childcare area. Disposable nappies, milk powder, car seats, baby clothes… There are also all sorts of product lines that benefit from the uptick. It is just that the tick is not as up as both the government and businesses would like.

Demographic experts have urged the authorities at various levels, including most importantly the local level, to implement more parent-friendly policies, including longer maternity leave.

By 2030, one-quarter of China’s population will be aged 60 years or older, and that means there will be fewer people in the workforce, which, robots aside, is a threat to economic growth and also raises the question of whether there will be enough people available to take care of the grey army.

China’s population is expected to peak at around 1.45 billion in 2030 and then stay around the 1.4 billion mark until 2050. The fact is, China’s workforce is already aging and that may be one of the key factors depressing economic growth and also productivity growth rates.

The history of the problem goes back to 1949, when the Communist Party took over the mainland and created an environment of relative peace, or at least no war, after many decades of turmoil. People responded, as they generally do in such situations, by procreating. That, coupled with a fall in mortality rates, brought the population growth rate up from 16 per thousand in 1949 to 25 per thousand only five years later. China’s population ballooned. In 1949, it was estimated to be at 540 million, and by the end of the 1960s, it had increased to over 800 million.

It crossed the magic one billion mark in 1979, according to estimates that at the time would have been very rough. But the decision of the party leaders under Deng Xiaoping at the time was that China’s economy, straining at the edge of collapse after three deca
des of Maoist planned economics, could not support a continued rise in numbers, and that the only alternative was to limit population growth. There were food and housing shortages and while Deng had plans to shift the economy and society in ways that would long-term relieve the problem, a short-term measure was required.

“China has too many people,” was the message, and it was largely accepted by ordinary people. But in the years ahead, there were parents who had second children anyway, and there were cases of forced abortions and widespread use of fines. Siblings sometimes officially became cousins in order to get the round the regulations.

The one-child policy had as its formal aim keeping the country’s population below 1.2 billion and it was enshrined in the constitution in the 1982 re-write of that document.

The plan worked, and from 2000 to 2010, China’s population growth rate averaged only 0.6 percent. And that created the demographic imbalance now hanging over China’s future.

The one-child policy has left behind it many other problems. One heartbreaking aspect is the many couples who saw their only child die young, before them, and were then unable to bear a second replacement. That leaves them in – for China – the almost unthinkable situation of having to grow old without children to care for them, emotionally and financially. These people generally live highly isolated lives. They tend to fear sickness, but not death.

This all raises another threat, which is the higher health risks associated with pregnancies for older women.

Meanwhile, retail in China is still reeling from the shift away from physical to mobile consumerism, and shopping malls. Some malls are failing, others are adapting. In the past five years, the proportion of child-related businesses at malls has increased from 5 percent to 15 percent, according to industry estimates, and a glance at the occupancy lists of malls will indicate an ever-growing proportion of child-related stores and establishments from play areas and toy stores to language classes and mathematics cram schools.

The speed of the shift in these spaces from an adult to a child focus is stunning, and encouraged by the reaction among parents to the mobile screen phenomenon: It becomes important to give kids experiences in the real world, and parties, events and classes in shopping malls is an obvious urban answer.