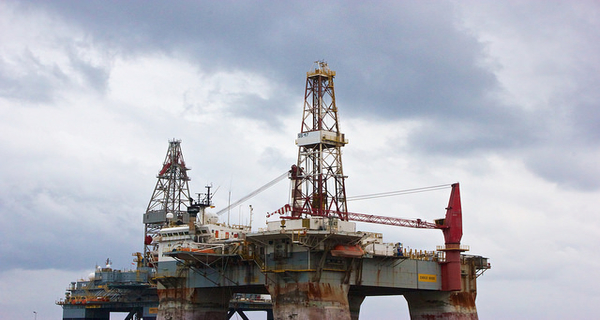 On Monday morning, Beijing time, the first-ever yuan-denominated oil securities went on sale on the Shanghai International Energy Exchange, creating a storm of interest among both Chinese and foreign investors due to speculation that this could be the start of a fundamental shift in the global oil market.

The ‘futures’ contracts – securities that allow investors to buy barrels of oil at a set date and price – are being interpreted by some market analysts as the first step towards establishing a new Asia-focused benchmark that would offer an alternative to the otherwise Western-dominated industry, characterised by London’s Brent Crude and New York’s West Texas Intermediate.

A Shanghai Crude benchmark, based in the Chinese currency, would give China and its domestic firms a crucial benefit when it comes to controlling the price of oil in the region. Market prices would be freer to respond to local supply and demand, without hanging on to swings in the dollar on the other side of the world. Yuan-denominated futures, more so, could act as a useful tool for Chinese companies hoping to hedge against volatility.

This is not a recently thought-up goal by China, but one they have attempted to pursue before. Eager to boost the global significance of the yuan, a premature attempt was made in the early 1990s but failed due to price instability. Given China’s current status as a strong, maturing economy, however, the timing is much more appropriate to give it another go.

Last year China overtook the U.S. as the world’s largest consumer of oil, so it makes sense that more attention be paid to local markets, by-passing the petrodollar when making deals. According to forecasts by BP, China’s oil demand will continue to increase by some 30% to 753 million tons per year in 2040, which will only help further the yuan’s prominence. The petrodollar could be joined by the petroyuan as a global trading unit.

This might be particularly appealing to other countries looking to shake-off reliance on the dollar. Russia, for instance, now the largest supplier of oil to China, has already shown commitment to this cause. As of October last year, following the launch of a new payment system by Beijing, all oil reaching China from Russia, some 60 million tons a year, can be paid for in either rubles or yuan.

The prospect that Shanghai Crude will pose a serious contention to the prevailing dollar-based system should be dampened in the short-term however. There is much that needs to be done before a benchmark of similar calibre can take shape, perhaps most notably foreign demand. The Shanghai oil futures have been made available to offshore investors, with big players like Glencore, Trafigura and Freepoint Commodities all trading early on.

But the Chinese securities will always have the undesirable risk attached of a government intrusion into the market and the currency, something that foreign investors will be wary of. On top of that there is the usual rigmarole of doing business in China: traders of Shanghai crude must first set up special Chinese bank accounts and cannot invest their profits elsewhere in China.

Asian oil will still be dependent on the dollar for some time, it seems. Just today, three days into trading, prices for the futures swung wildly as traders responded to Western markets, ultimately finishing lower than Monday’s opening price.

Ultimately, however, the realisation of China’s commitment to market openness will determine whether Shanghai Crude becomes a game-changer.