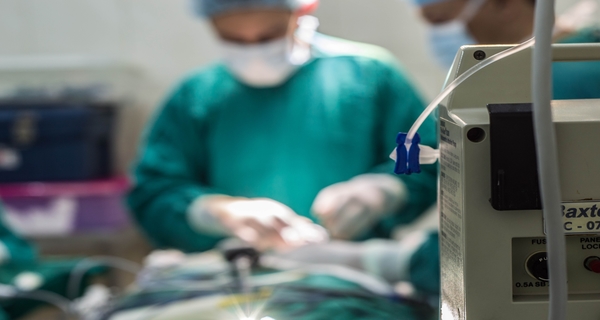 For Chinese youngsters, choosing a cosmetic surgery procedure has become as casual as picking out a new pair of shoes.

Dubbed the “Facebook of cosmetic surgery,” nip-tuck app SoYoung (新氧 xin yang) has achieved a billion-dollar valuation by piggybacking on the exploding popularity of plastic surgery in the world’s second-largest economy.

China is home to the world’s fastest-growing cosmetic surgery market, which more than doubled in value between 2015 and 2017 to reach RMB 193 billion ($28.1 billion), according to Deloitte. By the end of the decade, the Chinese market is predicted to be worth RMB 334 billion, making it the second largest in the world behind the United States.

SoYoung has been the largest beneficiary of this boom by appealing directly to China’s self-conscious millennials. According to the company’s research, China is unusual in that 96% of people undergoing cosmetic procedures are under 35 years old, compared to just 25% in the US.

SoYoung aims to hook in young people by creating an online community for those going under the knife. The app not only allows users to find nearby clinics and compare prices for different procedures, but also to upload photos of their treatments for their friends to admire.

The approach has been hugely effective in terms of attracting investor capital. In 2018, SoYoung raised $160 million, allowing it to join China’s growing list of tech unicorns—startups valued at over $1 billion.These cash injections have helped SoYoung cement its position as the dominant player in China’s plastic surgery market, fending off closest rival Gengmei (更美). SoYoung now hosts more than 7,000 clinics across 351 cities on the app, which company CEO Jin Xing—himself the son of a cosmetic surgeon—claims accounts for more than 90% of China’s licensed service providers.

The Changing Face of China

The rise of SoYoung comes amid an exponential rise in demand for beauty treatments that started long before the company was founded in 2013, according to Jonathan Sullivan, Director of the China Policy Institute at the University of Nottingham.

“Chinese attitudes toward consumption and presenting the ‘self’ have changed as material wellbeing has increased and social media have become popularized,” says Sullivan.

Photo-editing app Meitu has attracted more than 350 million active users due to its ability to heavily touch up selfies to give its users the perfect porcelain white skin, pointy chin and large, sparkling eyes associated with Japanese or Korean pop stars.

“Many people in the West edit their selfies, but in general Westerners’ selfies are more ‘realistic’ than the Chinese ones,” says Andrew Zhao, an assistant professor of anthropology at the University of Louisville, Kentucky, who studies fashion in China. “These kinds of image-enhancing apps have the effect of heightening people’s consciousness of their imperfections.”

The pressure extends into the offline world too, fuelling the desire for a surgical fix. During last year’s graduation season, hospitals and clinics reported that the number of procedures tripled as students, particularly female graduates, underwent surgery in the hope that it would boost their chances in a job interview.

A 99-page report by Human Right Watch earlier this year found that sexist job listings were rife in the Chinese employment market, with many companies asking applicants to be certain heights, body shapes or “aesthetically pleasing.”

It’s not just women, either. Chinese men now make up over one-fifth of all cosmetic procedures, according to data from Gengmei, and around a quarter of total industry spending. Again inspired by Korean pop and soap stars, the “little fresh meat” look is driving men towards popular non-invasive treatments such as acne removal or hair transplants.

Plastic Surgery for the People

The success of SoYoung has played a major role in democratizing cosmetic surgery, for better or worse, for China’s young people.

By bringing thousands of clinics onto one platform, the app is a powerful tool for connecting small clinics hidden away in dingy shopping malls users that might be unaware of their existence.

“I found out that this clinic was just 20 minutes from my house after scrolling through SoYoung,” says Yi Hua, a 25-year old who recently underwent a procedure to make her cheek bones appear more defined. “I wanted to have something done for my birthday, and my mum said she would pay for it as my present.”

The ability to see ratings and comments by other users is also key to SoYoung’s success. Like many sectors in China, the cosmetic surgery industry has grown extremely quickly with a shocking lack of regulation.

A report by SoYoung found that there were more than 6,000 surgery clinics in Guangdong Province, but only 43 of these had an official license.

But though the ratings system helps build trust among consumers, SoYoung is also fuelling an aggressive, ultra-competitive culture that could put patients at risk. This is pushing down prices for consumers, but at a cost.

With little regulation to police behaviour, surgeries are resorting to dangerous cost cutting to remain in business. An industry report by HSBC in 2016 found that botox injections were being supplied at up to 60% discounts in order to keep up with the competition magnified by apps. In that same year, according to research website Cnii.com, over half of botox products in China were fake or smuggled into the country illegally.

Then there is SoYoung’s financially successful but questionable practice of allowing clinics to pass on discounts to customers in return for posting pictures and reviews. If financial incentives are geared toward volume of circulation, a clinic’s rating can quickly become detached from its quality.

The company has also come under fire for partnering with lending agencies, which advertise enticing loans to app users who may be a few yuan short of their next operation. An investigation by Caixin found that users could borrow up to RMB 200,000 ($29,100) at 1% interest, after only uploading basic personal information such as employment status and your last pay cheque. SoYoung claims that between 70% and 80% of all loans made in-app are approved.

It remains far from certain whether SoYoung will be able to justify the enormous investment it has received so far.

On the one hand, the fundamental trends all point toward a continued increase in demand in China for beauty treatments. Economic growth and increases in income levels, though slowing, are still fast by global standards.

Demand for surgery does not spring merely from app-fuelled egotism but from deeper roots in East Asian culture, which has long promoted more rigid ideas of beauty. As a result, it is difficult to imagine Chinese consumers turning away from cosmetic surgery en masse.

Yet the cosmetic surgery industry, and by extension SoYoung, does face a number of challenges. Above all, it remains intensely vulnerable to an increase in regulation. Crackdowns in China can often lead to massive closures of unregistered businesses. This would likely push up prices for customers.

At a time when consumers are already cutting back on spending in anticipation of tough economic times ahead, this could slow down growth in the industry significantly.

A loss of momentum would create problems for SoYoung as China’s tech sector feels the chill from a slowdown in investment. Many apps have raised hundreds of millions of dollars from investors despite making large losses. That will become much more difficult this year, as investors will be looking for a return on investment.

And although a large-scale turn against cosmetic surgery is unlikely, it is possible that its popularity could be dented by a change in fashion. According to Sullivan, China will inevitably develop a counterculture opposed to mainstream, image-focused values.

“China, Japan, Korea all have dominant ‘mainstreams’ but also healthy subcultural scenes,” says Sullivan. “I expect that individual responses to what can be cloying conventions in China will continue to find expression in diverse ways.”