Home Consumer China’s growth stays strong in March – but will it last? 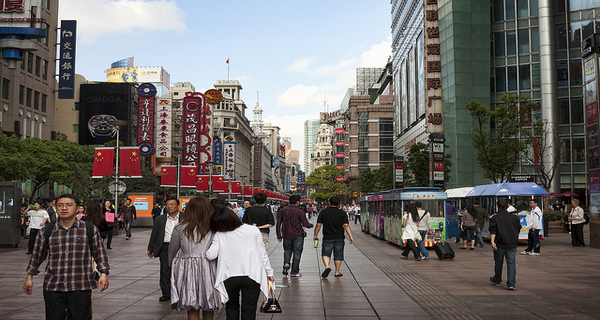 China’s growth stays strong in March – but will it last?

Earlier today China’s National Bureau of Statistics (NBS) released quarterly data for several key economic indicators including GDP growth and fixed asset investment, providing the first comprehensive account of the country’s standing this year. The picture the report paints is a largely resilient economy in the face of building threats both internal and external, though with slowdowns anticipated later in the year.

Real GDP in Q1 2018 grew 6.8% year-on-year (y/y), in line with Bloomberg’s market consensus. This matches the growth rate of Q4 2017 and falls just shy of 2017 as a whole, which recorded annual growth of 6.9%, though interestingly exceeds the Chinese government’s target for the year of 6.5%. As analysts at ANZ research point out, this initial strong performance may provide a cushion for a likely softening of growth in the second half of the year as financial reform policies take effect.

The data also suggested that consumer confidence remains robust. Retail sales in March grew 10.1% y/y, from 9.4% in January and February combined, beating the market forecast of 9.7%.

“We really shouldn’t be surprised that China’s economy is doing well,” said James Laurenceson, deputy director of the Australia-China Relations Institute at the University of Technology in Sydney. “Consumer confidence has been bouncing off multi-year highs, while purchasing managers indices have been consistently in expansion territory. Like the U.S., it’s becoming more driven by domestic demand every year.”

Other analysts are more sceptical of the underlying strength of China’s growth. Julian Evans-Pritchard of Capital Economics, says “of course, the official growth figures need to be taken with a grain of salt as they have been implausibly stable in recent years.” By the economic research company’s own metric of China’s economic activity – the China Activity Proxy (CAP) – Capital believe that growth most likely slowed to as low as 4.8% y/y last quarter.

Other aspects of the report were notable weaker, underperforming relative to market expectations. Industrial output, for example, slowed to 6.0% y/y from 6.2% in January-February, compared with the market consensus of 6.3%.

As expected given recent fiscal tightening, fixed asset investment growth also decelerated to 7.5% y/y for the quarter lead by cooling manufacturing and infrastructure investment, after seeing a strong February reading of 7.9%.

Nomura sees these weaker-than-expected figures as signs of potential weakness for the rest of the year as deleveraging continues to weigh down on investment, alongside “structural reforms which bring short-term pain, and rising trade protectionism.”

The NBS also released the first monthly urban unemployment rates, based on government surveys. For January, February and March unemployment stood at 5.0%, 5.0% and 5.1% respectively, in accordance with targets of less than 5.5%.

The rest of the data reflects the ongoing transition in China’s economy towards services. The tertiary sector’s contribution to GDP growth continued to increase in Q1 2018, making up 56.6% from 56.3% the same time last year. Furthermore, whilst fixed asset investment slowed down for the economy as a whole, it actually accelerated in the tertiary sector, growing by 10% y/y in the quarter from 9.5% in 2017.