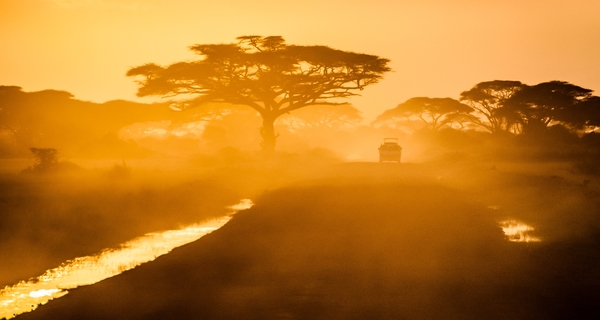 China’s plans to export its e-commerce culture to Africa

This article will feature in Karateng magazine of the African Chamber of Commerce in Shanghai.

Just days after the much-hyped International Import Expo, where around 200 African businesses put their goods on display in Shanghai, the e-commerce forum was the latest public display of China’s commitment to this relatively minor aspect of its Africa engagement strategy.

Some of China’s largest tech giants are establishing roots in Africa’s still immature e-commerce market, where a mixture of structural limitations and more exciting markets elsewhere have deterred global players.

The prospect of getting an early seat at the table, however, has seemingly caught the eye of bigwigs such as Alibaba executive chairman Jack Ma, who has kickstarted a number of preliminary initiatives aimed at sewing ties with promising African tech talent.

In August Ma launched a $10 million annual prize scheme for budding African business people, called the Netrepreneur Prize, which Ma hopes will foster hundreds of future tech leaders over the next decade. Each year candidates will pitch their business models and 10 finalists will receive a $1 million grant from the Jack Ma Foundation and mentoring from leaders in the industry.

“As a fellow entrepreneur, I understand the importance of getting support during the early days,” Ma said at the program’s launch event in Johannesburg. “This prize demonstrates our support of a next generation of young entrepreneurs across Africa that is paving the way for a better future and impart positive change in their communities.”

Just two months later, Ma was in Rwanda, one of Africa’s fastest-growing economies, where he and President Paul Kagame signed a series of agreements to promote cross-border trade, digital infrastructure and tourism. At the meeting, Alibaba welcomed Rwanda into its Electronic World Trade Platform, or eWTP, which provides smaller businesses develop their logistical capacity and digitalisation

TMall, one of Alibaba’s online shopping platforms, has also rolled out its “Tear Off the Label for Africa” educational campaign, aimed at eroding the negative image many Chinese consumers have of goods originating from the continent.

Despite being a dynamic and emergent space, the nascency of Africa’s e-commerce market nevertheless carries with it a heap of issues that the world-leading Chinese giants may be ill-equipped, or unwilling, to tackle. Compared with what the likes of Alibaba are achieving back home in the domestic market, Chinese companies are still dipping their toes into Africa.

E-commerce is far from Africa’s largest earner, but the market is growing, and fast. According to research site Statista, the industry was worth $16.5 billion in 2017 and is poised to hit $29 billion by 2022 as necessary infrastructure, such as mobile phone ownership, and household incomes continue to rise. By 2025, when half of Africans have internet access, this figure could be over $75 billion, say Mckinsey.

For companies already setting up shop, this growth is paying off. Alibaba, with 4.2 million customers on the continent, saw the value of transactions through its AliExpress portal almost quadruple in 2017, driven by hungry consumers in key markets such as South Africa, Nigeria, and Kenya.

Admittedly this is pocket change next to China’s now $1 trillion digital marketplace, where two-fifths of the world does its online shopping, according to official figures from the Chinese commerce ministry. But China’s lightning-quick growth in this area may also offer a model and inspiration for less developed economies such as those in Africa – a narrative often taken during China-Africa trade talks.

Africa already has familiarity with ideas like mobile payments, which helped fuel the explosion of Chinese ecommerce. One of the largest service providers, Kenya’s SimbaPay, recently launched a service piggy-backing on China’s WeChat messenger, allowing money to be transferred cheaply and easily between merchants in Africa and China both using the app.

Furthermore, homegrown platforms such as Kilimall or Nigeria’s Jumia, both of which have operations in several countries and stock goods from China, reflect the appetite both among customers and local entrepreneurs. Disrupt Africa, a platform for African startups, says there are currently close to 300 e-commerce ventures across the 54 countries, all trying to get in on the activity.

The key step now, experts say, is for Chinese firms to tailor services to local African markets. As a diverse continent composed of different nations, languages, and sub-cultures, this will be no mean feat. But the mobile phone revolution in Africa driven by Chinese brands sets a good precedent.

“Look at Transsion in Hong Kong, the maker of Tecno brand phones – they’ve made Africa their focal market,” said Aubrey Hruby, senior fellow with the Africa Center at the Atlantic Council and author of ‘The Next Africa’. “They offer keyboards in local languages, and even have extra-long-lasting batteries to deal with inconsistent electricity access.”

Chinese giants such as Alibaba are hoping to emulate in Africa what they have rolled out in other emerging markets, such as Turkey and India, capitalising where the US players such as Amazon have shown less or no interest.

“Alibaba is a very smart company. They aren’t trying to go global everywhere at once,” said China-based digital marketing consultant. “It has been the company in China’s e-commerce market. They see poorer countries that have little infrastructure, as China before, so they know exactly how to deal with this sort of aspirational consumer-base.”

Currently only a handle of African nations – usually the largest economies with some exceptions such as Rwanda – are investing in e-commerce. Although Alibaba and Tencent have plans to scale up, Hruby of the Atlantic Council believes priorities will come first.

“Like many technology firms invested in Africa, they tend to congregate in places like South Africa, Nigeria, Morocco, and Kenya,” said Hruby. “Expanding into smaller, though rapidly growing, markets can often prove too difficult.”

And as with any budding industry, African e-commerce has roadblocks that Chinese attention won’t solve alone. Crucial requirements for an effective online delivery service, such as individual post codes, for example, are still lacking in many regions of even the richest African nations. Add to that a low bank account penetration and scepticism towards handing over cash via the internet, and it becomes clear that it will be many years before we see investment in Africa returning big bucks.

“There is not an established culture of online buying due to a big trust deficit,” said Stephany Zoo, head of marketing at BitPesa, a cross-border payment platform based in Nairobi. “Even the biggest players don’t have advanced inventory systems, meaning what you paid for may not be in stock and you end up with something completely different. Then there’s still the question of getting the package to your door.”

But there the optics to consider. Beijing often touts its ‘win-win’ approach to Africa. We see in Africa what the world saw in China a generation ago, they say. China’s staggering growth has in no small part been aided by its ability to absorb new technologies and leapfrog stages of development. Will this be Africa’s path?

E-commerce and services appear to be the next stage of China’s strategy into the continent. Beginning with strictly state-mandated infrastructure projects, China’s engagement then expanded to include private investment in the telecoms industry by the likes of Huawei and ZTE. If Africa can sustain its growth and development, we could be on the verge of a retail-centred third wave in Afro-China relations.