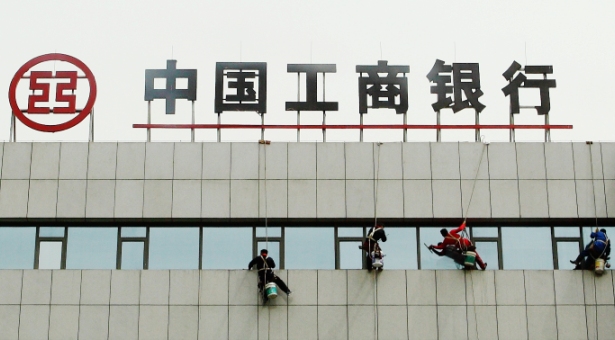 This year saw Chinese banks raise a staggering US$110 billion as willing investors lined up to pitch in despite doom and gloom from the property sector and the myriad knock-on effects that continue to be felt throughout the economy. A hefty chunk of this has come in the form of preference shares, a new option opened to banks in 2014, and one of the key qualities of preference shares is their status as Tier 1 capital. What exactly that means often receives little attention, but these shares are a linchpin of global financial reform—and pose a possible risk to ordinary shareholders.

Tier 1 capital is closely tied to the equally arcane-sounding Basel Accords, a series of global standards meant to strengthen bank capital requirements after the Global Financial Crisis of ’08 revealed terrifying deficiencies in the reserves of many international financial firms. The Accords are voluntary, and aim to improve banks’ ability to better absorb shocks to the economy, as well as improve risk management and transparency. One major pillar of the latest suite of rules, Basel III, is Tier 1 capital. This type of capital is composed of shareholders’ equity – the total value of shares held by shareholders – and retained profits – income that stays in the company instead of being paid out as dividends.

Basel III requires banks to hold 6% of their risk-weighted assets as Tier 1 capital to provide protection against unexpected losses like those incurred during the crisis.

That brings us to the recent surge of such offerings in China. Mainland banks have been rushing to issue additional Tier 1 capital thanks to Chinese regulators’ aggressive enforcement of the Basel III capital adequacy ratios. Big banks have been charged with improving said ratio to 7.9% by the end of this year, then raising it still further to 9.5% by 2018.

That may seem like a tall order, and an assessment by the Bank of International Settlements in 2013 revealed that the China Banking Regulatory Commission is even more strict than the Basel standard in assessing Tier 1 capital. As signs of China’s economy entering a lasting slump have increased, fears have mounted that many loans – especially those made during the ’08 financial crisis – will go bad. Regulators seem to hope that by shoring up the balance sheets of structurally significant banks, they can head off the need for a hypothetical bailout if such bad loans proliferate.

Total Tier 1 capital for China’s big four banks at the end of the third quarter puts them all in the top ten globally, with all but Agricultural Bank of China having already exceeded the baseline capital adequacy ratio called for in Basel III.

At last count ICBC (1398.HKG) was prepping to offer another US$5.7 billion; BOC (4601.HKG) was readying an offer US$6.5 billion; ABC (1288.HKG, 601288.SHA), said in August it had been approved to issue up to RMB80 billion onshore. For comparison, Australia’s major lenders hold about 10-11.6% of their total assets as Tier 1 capital. In the US, all major banks have already surpassed their 2019 target, but some are in better shape than others in terms of capital structure: Morgan Stanley leads the US banking giants with a figure of 11.8% at the end of Q3 2014.

For the market at large the influx of Tier 1 from Chinese banks is good news, in theory: The banks increase their capital accumulation, relieving pressure to raise capital via issuance of regular shares while also improving their capital adequacy ratio. For the banks themselves, stock prices have generally increased following word that such shares will be made available—a plus for short-term investment in a news-driven stock market.

From an investor’s perspective, common shareholders may not be quite so protected given the nature of preferred shares. Dividends from preferred shares issued by Agricultural Bank of China (601288), for instance, are subject to cancellation by the bank without constituting a breach of contract, with undistributed dividends not carrying forward to the following year. Nor can investors sell preferred shares back to banks, which can redeem the shares five years after issuance.

Most worrisome may be the possibility of preferred shares being converted to regular shares if the capital adequacy ratio falls below 5.125%. That would increase the total number of shares, thus diluting a given bank’s stock—a possible loss for ordinary shareholders, who had no say in the matter.

Finance columnist Xiong Jinqiu recently pointed out on his Sina finance blog that this might have substantial impacts if the right conditions are met. If commercial banks’ capital adequacy ratios drop below the threshold and trigger conversions, Xiong said it was easy to imagine the resulting financial and psychological pressure that would be thrust upon the market. Hav
ing used Tier 1 shares to increase their capital once, he wrote, they could trigger the conversion conditions for the sake of further capital growth—followed by more preferred shares being issued in the future. ♦