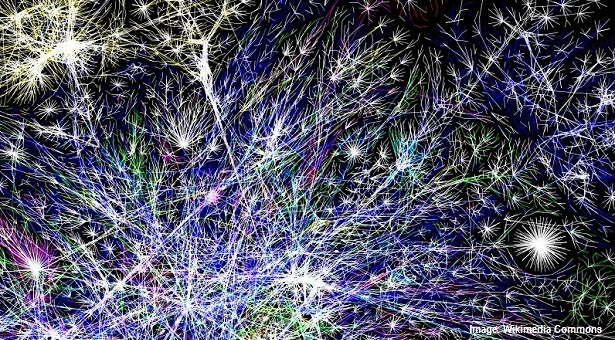 Two years ago Song Jingqiu earned an 11% return on his investment on one of China’s largest P2P lending platforms, Renrendai. For the 27-year-old investment manager at China Guangfa Bank, the take was almost double the 5.6% percent annual return he was making at the time through traditional, offline wealth-management products.

Peer-to-peer lending platforms – websites that match those seeking to invest extra funds directly with those in need of credit to start a business or make a major purchase – have exploded in China. Between January and June this year the number of mainland P2P websites increased from 1,627 to 2,028, according to data from Chinese P2P lending portal Wangdaizhijia.

Most offer loans worth less than RMB100,000 (US$16,110) to individuals and small businesses. But as more platforms have crowded in, loan volume has grown, too. As of June, the total trading volume on P2P platforms topped RMB6.6 billion (US$1.063 billion), up 8% from May. But the same lack of industry-specific regulation and low cost of setting up a P2P platform that can attain an average 15% gross margin ratio have fostered substantial risks for everyone involved in the industry, whether they are aware of it or not.

“The low market entry barriers [have] attracted many entrepreneurs who lack the adequate risk management capabilities to run a lending business,” said Allen Su, a P2P industry headhunter. “The essence of P2P business is still a financial platform operating financial services. It should be regulated.”

There is no single business model for China’s blossoming P2P lending sector. PPDai, one of China’s fastest growing P2P firms which launched in 2007, adopted the more traditional P2P model of a matchmaker and information provider.

The site doesn’t get involved in any loan contracts and serves only as a platform to facilitate lending by providing necessary information such as borrowers’ credit scores, for which it charges a fee.  Borrowers list their loan requirements on the site and individual lenders decide whether to lend to them—simple enough. Often, upfront collateral isn’t even required.

But retail investors like Song aren’t the only ones flocking to P2P for higher investment returns than banks can offer. Cash-strapped individuals and small businesses pile in in pursuit of lower-priced credit.

China’s banks primarily focus on making loans to state-owned enterprises and local governments that are seen as being guaranteed by the central government, leaving a huge funding gap for individuals and small business owners that need financing. That gap has become an open door for China’s underground lenders, who charge annual rates as high as 60%. But with an average rate of return of about 17.4% for borrowers, according to an estimate from online private lending information site Rong360, P2P lending sites quickly became an attractive alternative. PPDai had completed RMB 4.8 hundred million (US$77 million) in the first quarter of 2015, a 247% increase year-on-year, according to figures published by Wangdaizhijia in May.

But many such sites slice, dice and package the loans they facilitate and can list details such as the term and interest rate being offered, profiting primarily off of interest spreads—the difference between the average lending rate and the average borrowing rate. Lenders can still decide which of these loans they want to make. But as Song put it, he and they “have little idea what we are buying.”

“The interest rate on P2P is high relative to that of traditional banks because of the risk of default,” Song said. “Unlike a bank loan that requires collateral, lots of P2P loans were unsecured, issued based solely on the borrower’s credit history.”

Lack of an established and transparent credit certification system makes the online lending industry particularly risky in China. Wang Kun, founder and CEO of a P2P platform Duanrong.com, estimated in June that 8% of China’s P2P loans have become non-performing assets.

Moreover, the loose regulatory environment has led to non-transparent business practices that involve high risk and are often quasi-legal (if that).

On paper, the China Banking Regulatory Commission currently bans P2P firms from raising funds. In practice, however, borrowers are under no obligation to disclose their revenue, expenses or funds allocation. “At these kinds of small, irregular companies, it’s possible to build up capital pools, mismatch assets and liabilities and to misappropriate funds,” said one corporate lawyer surnamed Sun at a major US law firm’s mainland branch, who requested that his full name not be disclosed.

This means many P2P firms, supposedly required to act solely information brokers, are charging for services that only licensed banks or lending companies can provide.

“It’s really dangerous, due to the lack of regulation. If a P2P firm runs into trouble, it will shut down and run away with lenders’ money,” said Su, the industry head hunter. News of such businesses closing down and declaring bankruptcy has been become more frequent, with figures published by Wangdaizhijia showing that as of July 28, the number of failed P2P platforms in China had reached a total of 864 with registered capital of at least RMB21 billion (US$3.381 billion), since more than 100 platforms have no available data.

Since the government has by and large allowed the industry to grow unchecked, the products offered on these platforms can change rapidly, said Gao Yating, a P2P industry analyst with the People’s Bank of China School of Finance at Tsinghua University. As China’s stock market began taking off in July of last year, some P2P platforms turned to the business of shadow margin lending.

This new sector is known as “changwai peizi” in Mandarin: “off-market fund-matching” that allows stock investors to use borrowed cash from lending companies to make bets in the stock market and, more importantly, avoid any of the restrictions faced by formal margin trading, such as a cap on margin-financing size and capital requirements for brokerages that offer margin lending.

During the start of the stock market run-up in 2014, P2P platforms like Miniu98.com, Touna.cn and 91wangcai.com began offering leverage of up to five and sometimes even ten times the value of an investor’s portfolio in some cases—far higher than sanctioned margin lending.  Local media reports have detailed how clients trade in the equity market via sub-trading accounts connected to brokerages that do not always require them to disclose their true identities, creating a potentially massive grey market.

“Potentially,” in that the true total of lending through P2P off-market fund matching remains unknown. As a result, so do its effects on the stock market proper, though they were large enough to prompt authoritie
s to investigate the cloud-based P2P platform HOMS, run by Hundsun, a financial information firm controlled by Alibaba founder Jack Ma.

Since the China Securities Regulatory Commission launched a crackdown on off-market fund matching to stem the stock selloff that began in mid-June and which was reportedly worsened by margin trading, several Chinese P2P operators, including Miniu98.com, have announced they will exit the margin-lending business. On July 18 Beijing unveiled guidelines for the overcrowded sector that call for closer government supervision and require agencies to coordinate regulatory responses to avoid another pell-mell flurry of policy measures like that seen during the market’s first collapse.

According to Gao, the guidelines are unlikely to force consolidation of P2P operators since they only restate previously announced plans to regulate the sector, which still lacks any concrete regulations. If the industry does run into serious difficulties, there are fears that the damage would not be isolated to the P2P sector thanks to its adaptive nature and relative ease of use—and abuse.

Earlier this year, local media reported several cases in which many small-sized real estate developers had established P2P businesses to raise funds for their own construction projects. When the developers couldn’t meet repayment demands because of a slowing property market, it triggered a wave of defaults, resulting in losses for P2P investors.

Contagion risk can also grow if troubled property developers pass on these risks to the end-property buyers. In some cases property developers sell and require down payments from buyers before they start construction. If these developers go bankrupt before completion, the buyers bear the entirety of the loss, as happened with cases in Beijing and Jinan highlighted by state media.

These substantial risks may have already had an adverse effect on the market as a whole, dampening investor enthusiasm. “Many of these (P2P) investment are very high risk,” said Song, who withdrew his money after the wealth management product he’d bought on Renrendai had matured.

Still longing for high returns but afraid of shouldering too much risk, Song has turned to Lufax.com, a P2P platform backed by China’s second largest insurer, Ping An Insurance Group. Lufax Chairman Greg Gibb said his firm uses Ping An’s balance sheet to guarantee all of its loans in a Q&A with Lend Academy. Regulatory dearth aside, that promise seems to have been enough to assuage Song, who has invested a few hundred thousand yuan in a three-year P2P wealth management product offered by Ping An. This one has an 8% rate of return. ♦