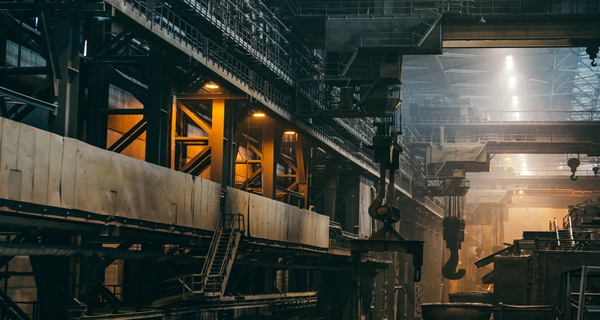 Both the official and Caixin manufacturing data for July show a broad easing of growth for the sector as China continues to balance its economic objectives with a list of upcoming headwinds.

The official Purchasing Managers’ Index (PMI) fell 0.3 points to 51.2 last month, compared to a market forecast of 51.3 based on a poll of industry experts. Although the reading remains above 50 and so is still considered in expansionary territory, 51.2 is the lowest figure since February.

Unexpected weather events, namely high rain and soaring temperatures, are thought to have also weighed on the month’s reading, noted National Bureau of Statistics official Zhao Qinghe in a statement.

The new-order subindex fell to 52.3 from 53.2 in June, while production fell 0.6 points to 53.0 to equal the average for the year’s first half. Export orders were unchanged, however, at 49.8, suggesting that trade tensions with the US have not had the expected effect on demand, possibly due to a weaker renminbi.

China’s economy took on a weaker outlook for the second half of 2018 after weaker-than-expected second quarter data coupled with further pains from deleveraging measures and the ever-present threat of additional protectionist measures from Washington. However, Beijing has taken steps in recent weeks to demonstrate its willingness to address such issues, including an easing of monetary policy and more proactive fiscal policy via tax cuts and targeted infrastructure spending.

Some market analysts nevertheless expect there to be trouble ahead, despite the change in the government’s policy stance.

“We still see strong headwinds and expect the economic growth to weaken further before staging a moderate rebound, so we expect the manufacturing PMI to decline further in coming months,” commented analysts at Nomura, adding that they anticipated slower export growth to be the driver of the loss of momentum.

The government’s intentions to boost infrastructure spending in targeted areas and relax financing for project-based local government bond issuance may also run into the obstacle of particularly high yields on Chinese onshore and offshore corporate bonds, according to Nomura, limiting the plan’s efficacy.

Betty Wang of ANZ Research wrote that continued easing of the manufacturing PMI over the next few months could take its toll on quarterly growth. In such circumstances, there is even the risk that the government will miss its 6.5% y/y GDP growth target in Q3, according to Wang.

The non-manufacturing PMI also fell slightly in July, reaching an 11-month low of 54.9 from 55.0 in June, with both the service sector and construction activity weakening.

The Caixin PMI, which tends to have a stronger weight towards small- and medium-sized enterprises, also edged down to 50.8 from 51.0 in June. The independent gauge stayed in-line with the official data on many major sub-indices: output fell from 52.1 to 51.8, while new orders moved down just 0.1 pp to 51.6. Export orders, unlike the official PMI, dropped to 48.4 from 48.8 the month before, which would suggest some fallout from heightened trade tensions.

The Caixin release also pointed to a drop in producer prices, though Julian Evans-Pritchard, Senior China Economist at Capital Economics, points out that this is unlikely to be tied closely with the domestic economic situation.

“This is most likely a reflection of the fall in global oil prices last month and may reverse quickly again given that prices have risen over the past few days,” said Evans-Pritchard