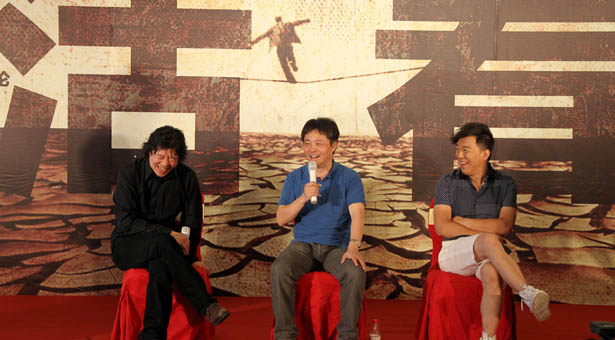 China’s history over the last 50 years often appears fractured and disjointed beyond repair. Few if any continuities are apparent between the barefoot doctors and big character posters of the Cultural Revolution, and the gleaming skyscrapers and profusion of knock-off products today. Most of the time, Chinese simply gloss over their thorny past, preferring to focus on the material wealth of the present.

This willful forgetting of China’s recent past has given birth to several dissimilar offspring. It has resulted in the idea that China has no unifying value system, beyond getting rich. It has also given rise to pockets of revolutionary nostalgia – such as former Chongqing Party Secretary Bo Xilai’s campaign to revive Cultural Revolution songs – that jar with modern reality.

Yet certain qualities must have endured between centrally planned Communism and capitalism with Chinese characteristics, for the simple reason that some Chinese people have lived through, and sometimes thrived, through both. Yu Hua, the celebrated author of novels including “To Live” and “Brothers,” is one such person. In “China in Ten Words,” his first non-fiction work, Yu draws heavily on personal experiences to knit together China’s ruptured history.

Part memoir and part linguistic history, the book centers around 10 iconic terms in modern China: people, leader, reading, writing, Lu Xun, revolution, disparity, grassroots, copycat and bamboozle. “This tiny lexicon gives me ten pairs of eyes with which to scan the contemporary Chinese scene from different vantage points,” Yu writes. The book maps how the meanings of these words have developed through past decades, in the process revealing forgotten contours of China’s recent history.

As a novelist, Yu has a natural advantage in capturing the specific. The book is organized like a series of musical movements, each with soloists and small groups playing renditions on a theme. In China, this tactic would seem likely to result in cacophony, but Yu’s narrative device of the 10 words keeps the storyline simple and focused.

The 10 words are more than just commonly used terms; many are central to Chinese identity. “People,” or renmin, for example, arguably has a broader significance in Chinese than in English.

The same word used in “People’s Republic of China,” “People’s Square,” and renminbi (“the people’s money”), renmin used to be a weighty phrase. But since China’s reform and opening, “the people” has fractured into many different identities: netizens, stock traders, fund holders, migrant laborers and so on, Yu writes. “‘The people’ has become nothing more than a shell company, utilized by different eras to position different products in the marketplace.”

The discussion of renmin, which leads the book, revolves around the pro-democracy rallies in Beijing in the spring of 1989, where Yu’s experiences taught him “the real meaning of ‘the people.’” To the author, the meaning of “the people” is not the state-down organization that has occupied its name, but the mass of individuals that sometimes stands in opposition to it.

This theme echoes throughout the book. The more modern terms, including “grassroots,” “copycat” and “bamboozle,” similarly emphasize the ingenuity and chaos of democratic forces that have sprouted up through the cracks in a repressive political environment.

In Yu’s eyes, China’s “copycat” (shanzhai) creations, like Blockberry phones, Nibe shoes and fake degree programs, represent the grassroots challenging the elite, the popular challenging the official and the weak challenging the strong. He paints the “grassroots” element – the disadvantaged multitude that are not always welcome in the societal establishment – as one of China’s greatest strengths.

For example, much of China’s current wealth has been created by grassroots entrepreneurs exploiting opportunities that no one else would be willing to. Examples abound of Chinese who have grown rich on empires of trash recycling and button manufacturing. “China’s economic miracle of the past thirty years, it’s fair to say, is an agglomeration of countless individual miracles created at the grassroots level,” Yu writes.

Here again, Yu traces a fascinating and often overlooked connection with China’s revolutionary past. The Cultural Revolution also cultivated a grassroots element by inducing people in the social underbelly to “throw caution to the winds, and in a revolution where ‘to rebel was justified’ they gained opportunities to soar.”

While China today is drastically different, Yu argues it is as much engaged in a mass revolutionary movement today as it was decades ago. The arrival of capitalism has spawned incidents reminiscent of the Great Leap Forward, for example provincial governments eagerly consuming their resources in a quest to report ever-higher GDP figures. Development also contains echoes of the revolutionary upheavals of the Cultural Revolution that tore apart communities by inverting existing social structures, elevating some members of China’s grassroots contingent and ruining others.

Many early beneficiaries of the Cultural Revolution were cut down just as fast as they had risen by shifting power and the vagaries of its enforcement. “In that era, destiny did not rest in one’s own hands; everyone found himself swept along in the current, and nobody knew whether fortune or fiasco lay ahead.” This trend continues today, with many wealthy Chinese doing their best to avoid appearing on “rich lists” for fear of becoming targets of government inquisitions.

The book presents the ability to survive through this uncertainty as a defining strength of the Chinese people. Yu quotes Mencius in saying that “adversity has a way of enhancing our existence, while ease and comfort tend to hasten our demise.”

The book is more loosely organized and impressionistic than most nonfiction works about China, and it has few statistics designed to stun foreign business partners. But for readers seeking more color and context about China’s recent history, “China in Ten Words” is a worthwhile read.

Yu’s account is deeply and self-consciously personal. Many of the 10 sections revolve around fascinating stories from Yu’s childhood in the Cultural Revolution, a bloody period that foreigners remain intensely curious about and many Chinese would rather not discuss.

Several of Yu’s novels address violence, and this book is no different. In one section, for example, Yu describes the experience of watching public executions as a child and later a vivid nightmare of his own execution he had in the last days of 1989.

He also intimates the psychological pain of coming of age during the Cultural Revolution. The familiar guilt and misconceptions of childhood occur in a landscape that is status quo to the author as a boy but utterly bizarre to a foreign reader. For example, he recounts the anxiety he felt over not knowing what to report as his own revisionist actions during self-criticism sessions and his childlike pride in the big character posters he authored. During that period of inverted values, bullying and mischief masqueraded as revolution, and Yu was sometimes heartily commended for criticizing his teachers.

As a doctor, he often employs metaphors of illness and the body. Yu sees pain and empathy as defining characteristics of the Chinese experience. “Nothing in the world, perhaps, is so likely to forge a connection between people as pain, because the connection that comes from that source comes from deep in the heart. So when in this book I write of China’s pain, I am registering my own pain too, because China’s pain is mine.”

Yu clearly believes in the power of personal stories to convey truth. In this book, they do: “China in Ten Words” instills t
he reader with a deeper and more emotional understanding of China’s recent history. The book’s value is that it resurrects this troubled past and knits it together with the present, in the process shedding light on China today.

“If literature truly possesses a mysterious power, I think perhaps it is precisely this,” he writes, “that one can read a book by a writer of a different time, a different country, a different race, a different language, and a different culture and there encounter a sensation that is one’s very own.”