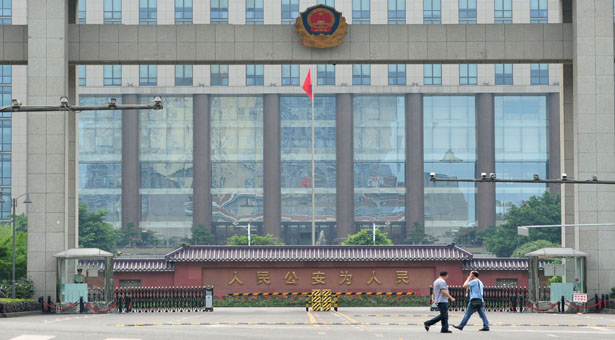 For all the furor over recent political events, I don’t think we should too quickly assume that political excitement will subside once the new leadership process is concluded later this year. China must abandon a growth model that has generated rapid accumulation of state and corporate assets – probably growing over 15% a year in real terms during the past decade – and this will result in much slower growth, perhaps even negative growth, in the further accumulation of state and corporate assets over the next decade. It is hard to imagine that, in this very different environment, political disagreements over the distribution of wealth and power will not become trickier.

Regardless of what Beijing claims it wants to do, its economic choices are largely limited either to maintaining its existing growth model, thereby running the risk of a debt crisis within four or five years, or altering the growth model radically in order to keep growth on a sustainable, albeit much slower, basis. To a certain extent much of the commotion we have been seeing recently – for example the increasingly heated arguments over “vested interests” during the past year or two – may fit in with the idea that there is a serious “rethinking” taking place over which of these choices to pursue.

If we assume that power in China is highly centralized within a small and monolithic power center, this “rethinking” could be quite uneventful. One day, in this scenario, China’s three or four key figures realize that their alternatives are stark, and they do what they have to do to prevent the worst outcome.

But let us assume, a lot more realistically, that in China power is widely dispersed, that there are very important groups or families whose power and wealth is far more contingent on a continuation of existing policies than it may be for other families or sectors, and that some groups understand the economic mechanisms that govern the process better than others. In this case it is probably safe to conclude that the process of “rethinking” China’s growth model is likely to be messy, highly unstable and very unpredictable.

It is in this context perhaps we should be thinking about the debate over the Chongqing model, the “New Left” model of economic growth and wealth redistribution backed by the now-disgraced Politburo member Bo Xilai, and the astonishing events of the past two months. The supporters of the Chongqing model implicitly argue that China does not need to change the existing growth model toward a more market-based system. This may seem a little strange because the Chongqing model is often presented as a new development model for China. For example Chris Buckley writes in an interesting article for Reuters about “red Chongqing as a bold alternative model for China.”

But I don’t think it is an alternative at all. It seems to me that the Chongqing model is simply the existing Chinese growth model taken to even greater extremes than it already has been. In Chongqing in the past few years there has been a massive amount of public expenditure and investment that has generated huge amounts of jobs and GDP growth, but this makes it fundamentally no different from the growth model China has followed in the past two decades.

More importantly, it doesn’t extend the sustainability of China’s growth model. The cost of the surge in investment in Chongqing was spread out to the entire country through the banking system. If the cost exceeded the benefits, we wouldn’t be able to tell simply by looking at growth in Chongqing. Here is how François Godement described the Chongqing model five months ago in a publication for the European Council on Foreign Relations:

[Bo Xilai] has used massive state subsidies to woo flagship foreign firms such as Apple, Foxconn and BASF; launched a giant social housing program that is also predicated on migrants turning in their native land for development by the city; fought the local mafia; and promoted a new version of the PRC’s collective ethos.

What is “new” about the Chongqing model (besides the red singing and the popularity of very expensive gingko trees) is, at most, the focus on distributing wealth downwards to the poor, but this is only new in the sense that Bo seems actually to be accomplishing it in Chongqing. As a stated goal, however, it is not new. President Hu has made clear many times his concerns about rising income inequality and under him there has been far more pressure than under his predecessors to redress the problem.

But at least Bo has succeeded in improving the relative position of the poor, and so that must differentiate the Chongqing model from the Chinese growth model, right? Maybe, but perhaps not in a way that can be extrapolated to the country as a whole. One way of describing what has happened in Chongqing might be that the authorities there have been extremely successful in drawing resources from the rest of the country to benefit growth and income distribution within the municipality, but it is not at all clear that the net impact for the country as a whole was wealth creating.

For example, if it is true that Chongqing has been successful in using state subsides (paid for by all of China, presumably) to draw foreign companies away from other parts of China to Chongqing, as Godement claims, it is pretty clear to me how Chongqing benefits and how the foreign companies benefit, but it is less clear to me how China as a whole benefits. After all, what was Chongqing’s gain was, presumably, an equivalent or greater loss for the province from which the company moved, and once you add the subsidies, the total gain for Chongqing was less than the total loss for the rest of China.

Likewise, if the rest of the country, through state grants and the banking system, can be forced to subsidize the poor in Chongqing, for example though increased spending on social housing, it means more rapidly rising debt for the country even as Chongqing benefits. And while more social housing might be a good thing for China, the real problem is that if the value of the housing does not justify the cost, we still have the very worrying problem of rising debt. Chongqing exacerbates the problem rather than resolves it.

“Resolving” the problem by passing the cost on to the rest of China, in other words, can work for a municipality within China, but it cannot work for China as whole. I wonder if the Chongqing model isn’t just the Chinese version of Venezuela’s Chavismo – it addresses the serious problem of income distribution without worrying too much about how to pay for it.