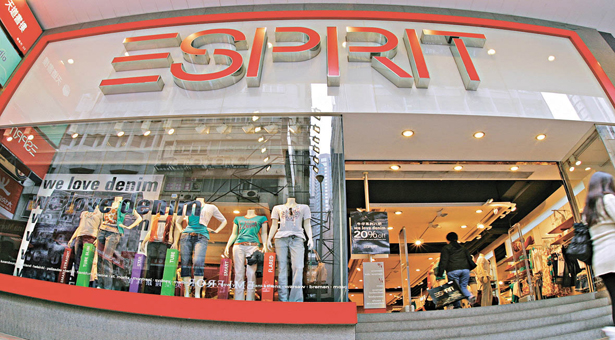 Calling Esprit’s year-to-date stock performance a rollercoaster doesn’t do it justice. As the year opened, investors were confident that the casual clothing company’s turnaround plan to revamp its brand, streamline operations and reorient the company toward Asia would restore falling profitability. Esprit’s stock peaked on March 2, up more than 90% year-to-date.

But the company’s fortunes turned bad, then worse. The share price gradually declined for the next three months, and then the company dropped a bombshell in the form of surprise management changes. On June 12, CEO Ronald Van der Vis announced plans to resign. A day later, Chairman Hans-Jaochin Korber stepped down in what appeared to be an uncoordinated move. The stock plunged 32% in two days, despite suspended trading on the Hong Kong Stock Exchange.

With so much uncertainty about the company’s future, analysts rushed to downgrade the Esprit stock. The turnaround plan was already ambitious. But without clear leadership, the company’s ability to execute that plan is even more questionable. With most analysts already predicting that Esprit will not report its first positive earnings growth until 2013 or later, only the most patient investors are likely to wait out the risky transition.

“We are very positive on the brand,” said Vineet Sharma, a Hong Kong-based analyst for Barclays. “We definitely think the brand has a future and has enormous value, but obviously you need A) a top class management to unlock that value and B) a better thought-out turnaround plan.”

The cost of the turnaround plan has weighed on Esprit’s profits since it was first announced in 2011. The four-year US$2.32 billion plan included hiring model Gisele Bundchen as the face of the brand, designing new products, revamping stores and opening new ones. Although these steps are likely to benefit the company in the long-term, the costs, combined with a weak European economy, contributed to a 74% decline in first-half profits. Analysts expect second-half profits to disappoint as well.

China is one bright spot for Esprit, though it faces stiff competition in the country’s mass-market retail segment from established brands like H&M, Uniqlo and Zara. Esprit posted an 8.4% increase in sales in the mainland in the first half and has plans to ramp up investment. The company already had more than 50 stores in the mainland by the end of 2011, and it planned to open 40 more by June 30, though it has yet to report results. Esprit has also set up a China design hub that should launch its first clothing line catering to local tastes in August.

While Esprit is improving in the right areas, it may be trying to do too much at once, said Sharma of Barclays. The company should focus on streamlining its supply chain, and then improve its products. After that it should spend more on marketing the brand, and only then should it expand its number of stores. If Esprit slips into too much debt, it could jeopardize the entire turnaround, Sharma said.

A lot to overcome

Esprit’s investors may need to hang on for a long time. Citigroup expects the company’s profits to bottom out in 2012 – the firm will remain slightly profitable – with full-year revenue not rebounding until 2014.

Whether the company can meet those expectations depends on new leadership. Van der Vis said he will stay on as CEO for up to a year to ensure a smooth transition, but only once a new CEO is named and commits to the turnaround plan (Esprit could yet change its strategy) will prospects begin to look more certain.

Esprit is not alone in its leadership problems. In a June note on China’s consumer sector, consultancy CLSA noted that nearly half of all the companies it listed as underperforming were labeled as such because of corporate governance concerns. Among those companies, stock prices declined by 42% on average during the three months preceding the report.

This need for new, solid leadership at Esprit underlines that corporate governance is far more important in a downturn than when the economy is booming.

A rising tide may lift all boats, but as the economic gale sets in through Europe and China, strong company leadership will become increasingly vital to a company’s success. Esprit will have a difficult time righting the ship with its captain fleeing in a lifeboat.