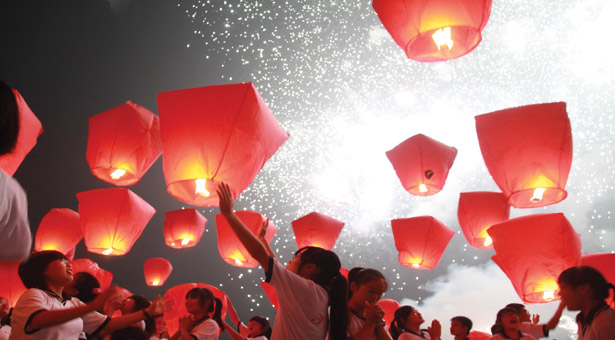 Coming down to earth

Shooting stars fizzle out. Rising tigers can be devoured by the right (or wrong) bear. Booming economies can bust.

While many might prefer to forget, history has no shortage of famous flops: In 1909, Argentina was the eighth most prosperous economy in the world. A trading powerhouse, it boasted a per capita income that was higher than that of Italy. Today, Argentina’s GDP ranks 22nd globally, and its GDP per capita, 69th.

Brazil’s economic miracle achieved stunning growth in the ‘60s and early ‘70s before stagnating, hard. Economists worry the same may be happening today, as the country’s GDP growth shriveled from 7.5% in 2010 to 2.7% in 2011. And of course, before forecasters were lauding Japan’s inexorable march into superpower status, they were proselytizing the looming rise of the Soviet Bloc.

Many people now believe that the rise of the BRICs – the fast growing economies of Brazil, Russia, India and China – is inevitable. But to see where the world economy is headed and avoid the mistakes of the past, one must look below the waves at the underlying currents. Ruchir Sharma, the head of Morgan Stanley’s Emerging Market Equities and Global Macro and author of the recent book “Breakout Nations: In Search of the Next Economic Miracle,” is one of these deeper divers. Sharma recently spoke with China Economic Review about what he sees in China’s economic future.

One of the arguments of your book is that the era of easy money and easy growth is over – that the market’s current approach of watching global trends to forecast growth in emerging nations as a whole won’t work anymore. What kind of approach does the market need now?

The wave of global liquidity in the previous decade, which inflated so many things, from the US housing market to investments in southern Europe, also lifted the growth rates in emerging markets. So we came to believe that all emerging markets were destined to converge with the developed world. I think that era is over. We’re headed into an era where we need to differentiate between various emerging markets. We need to figure out which ones will rise and which ones will not.

The problem in China I find is that it’s a victim of its own success. China has already done really well; it’s grown at 10% for three decades in a row. It’s only natural that a country like China slows down at this per capita income level. And yet, if you look at all the forecasts, [analysts] keep talking about how China will grow at 8%. So expectations are an issue for China. Even though I’m optimistic that China will not get stuck in any middle-income trap, I’m a bit concerned that in the next three to five years, which is the time horizon for my forecasts in the book, the expectations out of China are a bit too high.

What are your expectations for growth?

I think growth will be in the 6-7% corridor. The era of 10% growth is over, and even 8% growth may be hard to achieve. Something in the ballpark of 6% is what I think the base for China will be in the next three to five years.

You mentioned in your book that some people think if China’s growth drops below 8% it will be catastrophic for the economy, sort of like in the movie “Speed” where the bus can’t go below a certain speed.

When the definition of hard landing is growth of 7%, and more than 80% of people think that will not happen, expectations are too high. It will feel tough when it does happen. I feel that would be particularly hard on the commodity exporters, Australia, Brazil, Russia – these countries are likely to be affected the most.

The China section of your book opens with a description of your ride in the magnetically elevated train that zips along at 270 miles an hour between the international airport outside of Shanghai and a suburb of the city. Explain what this experience symbolized to you about the state of China’s economy.

To me, the whole point was that there’s a limit to how much these experiments can be carried out, in terms of taking these fancy trains, etc. The economy has matured and the high-speed fun and games are coming to a close. China is moving to a new stage, one in which costs and public reaction matter, and the scope for these multi-billion dollar experiments is narrowing. China’s growth has to go back to being more sustainable – breakneck growth is coming to an end.

One of the primary drivers of growth here has been real estate. You mention that, relative to the underlying economy in 2010, urban real estate prices in Beijing and Shanghai rose past the level that Japan hit in the late 1980s, when the land under the Imperial Palace in Tokyo would have sold for more than all of California. Do you think that continuing restrictions to cap the real estate bubble are needed?

I think so, because to bring a property bubble under control in any country is always very difficult. A lot of countries have a very difficult time trying to do that. There’s a lot of speculation in the press today over whether China will have another stimulus, and I really hope that something like that does not happen. I think the real estate bubble, how it re-inflated after 2009, showed that if you put too much money to work it’s going to end up going in the wrong places.

What do you think would be a proper kind of stimulus package then?

You mention that the 2008 stimulus led to a big expansion in credit and problems with inflation, and that there is now more money in circulation in China, about $10 trillion, than in the US, about $8 trillion. What does that mean for China’s economy and inflation fears going forward?

There’s a lot of liquidity sloshing around in the system, and therefore injecting any more liquidity as part of a stimulus can be counterproductive. All those things argue to me why having another stimulus package is not the right approach.

There are also some measures that are being introduced to boost consumption and rebalance the economy away from investment and exports. You seem suspicious of China’s ability to do that, and you say that the hope that China can jumpstart consumption “rests on a myth: that the Chinese consumer has been suppressed.” Explain what you mean by that.

Consumption is China has been growing at 8% a year, and the reason it feels repressed is that consumption as a share of GDP is low. Consumption as a share of GDP is about 35% or so. The reason why it is so low is because investment and exports have been increasing at an even faster place. My point is that consumption is not a fast-moving function, consumption never increases at a double-digit pace. The whole point is that for the economy to rebalance, the rebalancing has to happen on the downside, rather than the upside.

You mention that China’s share of global manufacturing has risen dramatically in the last two decades, from 4% to 17%, but the manufacturing share of the global economy has fallen in the same period, from 23% to 17%, largely at the expense of Europe, Japan, and the US. How do you see these trends developing in the next decade?

You use interesting indicators to measure economic potential. One of these is a list of billionaires – tell us what that indicates for a country.

With US and the EU stagnating and China expanding, there’s a strong debate right now over whether market or state capitalism is the best recipe for achieving economic growth. But you say in the book that it’s not the kind of system that matters, it’s other factors. What do you mean by that?