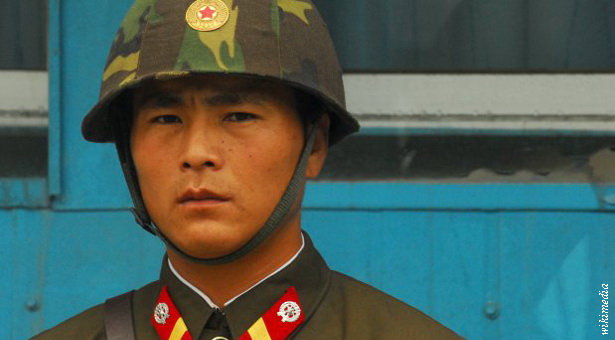 Codependency can destroy lives – for people. But for countries, sometimes dysfunctional dependence is all that keeps them from destroying each other, or themselves.

This year, North Korea has tested the limits of its codependence with China, whose aid is all that staves off widespread starvation in the hermit state. North Korea conducted its third nuclear test in seven years on February 12, drawing stern opposition from Beijing and uncharacteristically harsh criticism from the Chinese media. The test even drove China’s leaders, typically the sole defenders of the North Korea, to join the US in approving new sanctions on the dictatorship.

“Some frustration is periodically present … but in general they stay together,” said Leonid Petrov, a Korean studies researcher at The Australian National University in Canberra. “They understand that they need each other, they understand they are surrounded by competitors and forces that are eager to see the North Korean regime collapse.”

The economic relationship is actually far more consequential to North Korea than Chinese criticism of Pyongyang at the UN. Chinese economic development in North Korea is one of the few arenas where gradual progress is being made toward opening the country. Chinese investment – particularly in a specially created economic zone – may provide the most promising path to reform for a country that has been decimated by decades of stagnation.

China has supported North Korea for decades through aid and barter trade. “[The] same truck goes twice a day full of food and clothes from China to North Korea and returns full of natural resources, scrap metal, coal, whatever North Koreans can exchange,” Petrov of The Australian National University said. China primarily collaborates with North Korea to mine the country’s massive reserves of a wide variety of metals and rare earths. Most other countries deem this lucrative cache too politically risky to pursue.

This relationship seems likely to continue, despite sanctions resulting from the most recent nuclear test. The latest round of sanctions primarily expands a blacklist of North Korean companies and individuals that foreign banks are forbidden from transferring money to. Chinese companies operating in North Korea can still export and remit funds to the mainland, and barter trade is unaffected. Western investors generally avoid North Korea not because of a blanket ban on investment but rather because their North Korean partners could have opaque ties to one of these blacklisted companies.

Similarly, the sanctions have had little effect on development by Chinese companies in a North Korean special economic zone along the border. In 1991, North Korea opened the Rason Special Economic Zone along its northeastern border with China. Rason is one of three special economic zones, also including a partnership with South Korea in the Kaesong Industrial Complex and a relatively unappealing Sinuiju Special Administrative Region. Rason offers incentives to invest and boasts a port that is attractive to landlocked provinces in China’s northeast.

But Rason’s development is admittedly limited. “It’s not Shenzhen by any means,” he said, although mainland officials have billed it as the North Korean equivalent of China’s first special economic zone. But it is far more vibrant than the rest of the country, said Ambrahamian, who last traveled to the zone in August.

The impact of sanctions may be limited, but the few Chinese companies that invest in North Korea confront other risks. Sudden policy shifts or, less likely, leadership changes in either country could affect business. The Chinese government itself provides no guarantees. “China takes a pretty laissez-faire attitude toward outbound investment towards the DPRK,” Abrahamian said. “They’re happy for companies to try it but they’ve never said they would provide any political protection.”

Chinese mining conglomerate Xiyang Group gambled on North Korean trade and lost in spectacular fashion last year. The company says it was cheated out of its US$40 million mining investment when the North Korean government seized the mine and Chinese workers evicted. North Korea fired back its own accusations, but with no viable court system to turn to, the matter has remained Xiyang’s word against Pyongyang’s. As in many countries with weak rule of law, the safety of investments is based purely on personal relationships, Abrahamian said.

So why do companies choose to invest? For one, wages are low, with a US$80 minimum wage per month in the Rason SEZ, according to Abrahamian, backed up by reports in late 2011. But lower wages alone aren’t enough to entice businesses, since some Southeast Asian countries are equally cheap and far less risky. To that end, Rason offers tax breaks to encourage investment. Ethnic Koreans who are Chinese citizens often run the operations in Rason, with family connections easing their paths to investment. Many of the investors also have operations in China’s northeast region with close proximity to North Korea making investment more appealing.

Entrepreneurs likely see the untapped North Korean economy as an opportunity like any emerging economy. “The Chinese are good entrepreneurs and know that … if there are some opportunities then they love to gamble, so they look at North Korea as an opportunity country [sic],” Petrov said. They should know not to bet all of their savings on North Korea, but rather treat it as a high risk, potentially high reward investment. This investment logic dictates that it’s better for companies to invest early to gain a foothold in case the country later opens up.

Although Beijing does not give political protection to individual companies, many Chinese companies believe that their government will always support  North Korea and promote stability on the peninsula. China has thus far sought to maintain the status quo because if North Korea were to collapse and the peninsula were to reunify, the US-allied South Korean government would be on China’s border.

In addition to much-needed commerce that helps sustain North Korea, Chinese investment also brings hope for eventual reform. If China helps develop Rason and trains personnel and cadres there, North Koreans may be won over by Chinese-style developme
nt, said Da Zhigang, director of the Institute of Northeast Asian Studies at the Heilongjiang Academy of Social Sciences. “I believe that the current North Korean system that is relatively closed cannot last forever,” Da said. “But North Korea’s leader, if he is a wise leader, he must eventually choose to follow China’s reform and opening style of development [and gradually open].”

In Rason, North Koreans are already warming to foreign influence. “I’ve heard from people who have spent a long time in the zone that attitudes to foreigners have relaxed overall in general,” Ambrahamian said. “There’s less suspicion and more familiarization and trust.” But that’s a marked difference from the rest of the country, which still remains impoverished under Soviet-style development.

Western governments may criticize China for supporting North Korea, but the interdependence of the two nations economically could be among the most promising early signs of change in the hermit kingdom. Surely, for the many North Koreans who continue to languish in poverty, this reform will not come soon enough. But for a Communist country that has changed little in decades, the hope of gradual reform is better than none at all.