Home Book review Back to the farm 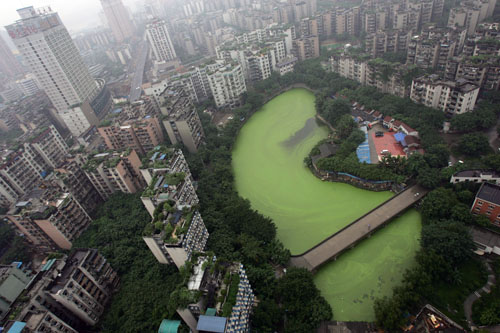 Back to the farm


Consumptionomics: Asia’s Role in Reshaping Capitalism and Saving the Planet
By Chandran Nair
Infinite Ideas, Oxford
US$27.95
Growing consumption in Asia’s largest developing nations may help alleviate trade imbalances, but is also virtually guaranteed to create an environmental catastrophe.
To head off the coming disaster, governments need to adopt a new decision-making model and begin framing their policies around environmental and resource preservation priorities rather than economic development needs, argues Chandran Nair in Consumptionomics.
“[Environmental challenges] can only be seriously met by using less, and this requires a dramatic shift in the way we imagine – and plan for – the future,” Nair writes.
Nair is a former environmetal consultant, business executive and now chief executive of the Global Institute for Tomorrow, a “social venture think tank.” Consumptionomics is his first book. It is an ambitious, compelling and well-structured argument, but is not without flaws – some might argue that Nair is naïve. Consumptionomics calls for Asians and their governments to abandon the Western economic growth model based on consumption to preserve the environment for future generations. For example, Nair says China should reverse its urbanization policy, de-industrialize agriculture and send more people back to the farm. This will be a tough sell.
To help make his case for austerity, Nair looks at consumption patterns in the developed West, extends them to the most populous countries in the East – particularly China – and paints a picture of a world stripped of resources. At current consumption rates, he says, Chinese people will own 330 million cars by 2020, a little less than double what they own now. If Asians start to eat poultry at the same rate as Americans, they will eat 120 billion birds a year by 2050.
Nevertheless, Nair is not calling for an outright overthrow of capitalism, but for governments to better consider the environmental costs of their push to drive economic development: “By putting a realistic price on our environment through emission taxes and other charges, countries can determine an appropriate direction and rate of development.”
And it is individual countries that should determine it. Nair has lost faith in multilateral climate change negotiations and suggests governments set their own policies based on their own needs.
Nair says governments will have to exert their authority, even (or especially) when implementing policies is likely to be unpopular. This approach would be difficult if not impossible in developed Western democracies that have to answer to their electorates. It would likely be easier to put in place in authoritarian states like China (or Singapore) where leaders don’t have to worry about reelection. On the other hand, this does not mean autocratic leaders have a free hand to reduce their populations’ living standards in the name of environmental preservation.
Impracticable
Some of Nair’s premises seem rehashed and even Malthusian. Some two centuries ago, Thomas Malthus predicted environmental catastrophe driven by human overconsumption, but he failed to take into account humanity’s ability to innovate and improve efficiency. Nair takes innovation into account but points out that much of human creativity applied to increasing energy efficiency has paradoxically resulted in increased net resource consumption. Invent a more efficient air conditioner and the price of air conditioning goes down; more people buy air conditioners.
Nair’s condemnation of the consumption model as inherently flawed may be a little unfair. The governments that control market economies have tools at their disposal to price in social and environmtal costs. Any smoker who has tried to buy a pack of cigarettes in New York or Toronto has felt this first-hand. Another example is the congestion charges for rush-hour drivers in London. These policies have shown results, but there is no such template for re-rusticating millions of people who have been encouraged to aspire to an urban lifestyle for the past three decades.
Still, it’s difficult to argue with his main point – that encouraging billions of Asians to start consuming like Americans is a recipe for disaster. Asia’s governments have to start taking drastic action to slow resource consumption now, and those who wait for international consensus will wait too long.
Alfred Romann