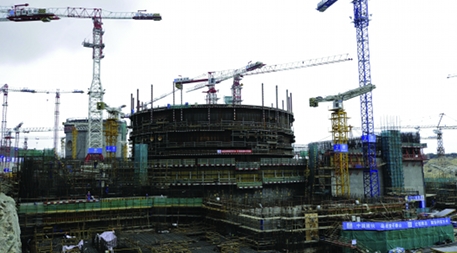 It is natural in the aftermath of disaster for governments to make strong statements of reassurance. In the case of the March nuclear disaster in Fukushima, Japan, the Chinese government had to calm two constituencies: the general population, which needed to be reassured that Chinese reactors are safe; and the domestic nuclear power industry, which worries that the government’s commitment to nuclear might waver.

Unfortunately for both, neither party has much reason to feel secure just yet.

Last month, He Zuoxiu, a fellow at the Chinese Academy of Sciences, famous for helping develop China’s first nuclear bomb, chimed in with an editorial in the Science Times lambasting aggressive nuclear power targets as reckless. “We are extremely unprepared, especially in terms of safety,” he wrote.

To assuage concerns, China did not panic and scram its entire nuclear program, like certain European countries did. Instead, it launched an inspection of all reactors in operation, froze construction at some projects, halted approvals of new projects, and initiated a review of safety standards that remains underway.

On June 15, it announced that all 13 of its existing reactors had passed inspection. However, new project approvals remain frozen pending issuance of new regulations. Some in the press have argued that this delay is merely temporary window-dressing. Given double-digit growth in energy demand, the argument goes, China has no choice but to build nuclear plants. But Panjwani disagrees. “A lot of people expect this ban will be over in a couple of months. I don’t think so. To assume that the government in China has learned the lessons of Fukushima before it is over – and that the lessons have been documented and folded into policy – I think that is wishful thinking.”

But Beijing has yet to reduce the 2020 nuclear capacity targets, which currently aim for a range of 70-80 gigawatts – around 15% of the national energy supply. David Zhang, senior project manager at Dynabond Powertech, expects the government to hold the line for now. “According to intelligence from my channels, I don’t think China will change the 2020 goal for nuclear power plants. Something might change next year, but at this time they will not change anything.”

Thus the China nuclear project remains the world’s largest and most ambitious, at least on paper. Almost half of the reactor projects under construction worldwide were in China prior to the freeze, and there’s a lot of capital committed to the assumption of growth. US reactor builder Westinghouse is selling China its third-generation reactor technology, blueprints and all; French firm Areva has a strong presence, and the Russians are also competing for a share.

If China sticks with plan A, there should be plenty of money to go around. China National Nuclear Corporation (CNNC) alone is planning to invest US$120 billion in new plants and technology and wants to list a subsidiary in Hong Kong. When combined with investments by the other nuclear giant, China Guangdong Nuclear Power Group (CGNPC), there should be  plenty of contracts for foreign builders and subcontractors making reactor valves and other components, including Chinese companies Dongfang Electric and Hollysys, Korea’s Doosan Heavy Industry and Japan Steel Works. There should also be increasing revenue at Hong Kong-listed CNNC International, which imports and resells uranium to reactor operators.

A revision of targets would unquestionably impact revenue forecasts at the aforementioned companies, but there are other reasons why the central government may be reluctant to revise the figure downward. Nuclear was supposed to be the alternative energy that could quickly offset demand for coal and oil while renewables like wind and solar mature and the smart grid catches up. But if nuclear misses its target, it is almost certain that the gap will have to be filled with coal in the short term.

In theory, of course, hydroelectric power could pick up the slack; China has resumed approving dam projects. But hydroelectric power needs both dams and water, and water scarcity is quickly becoming a key concern for Chinese energy security. Bill Dodson, principal at energy research firm TrendsAsia in Shanghai, said the Chinese energy sector is running into what he calls a “water wall.” China’s relentless abuse of its water supply is already drying up the country’s massive rivers, and water shortages affect the entire energy industry, including nuclear. “My sense is they will roll nuclear targets back, and the reason is water,” Dodson said. “About one-third of the new plants lie along the Yangtze and Yellow rivers, which are drying up.”

There are elements of a zero-sum game here. China has a fixed, and rapidly declining, water supply. Different segments of the energy industry compete for water. Coal mining requires five tons of water for every ton of coal extracted, and some mines in China’s dryer provinces, especially Inner Mongolia, are already shuttered for lack of water.

Nuclear power plants require a steady, massive flow of running water (up to 1 billion gallons a day) as coolant. If the source dries up, the plant stops running. In addition, safety requirements stipulate that massive reserve quantities of water be available instantly in case of emergency.

But Panjwani of CLSA does not think that Chinese nuclear power development will be crippled, just slowed: He forecasts China will have around 55GW of installed nuclear capacity by 2020.

Regardless of the target, Zhang of Dynabond Powertech thinks the mixture of plant designs is set to change, and the goal of complete indigenization will be delayed. He said that concern for safety will cause Beijing to focus more on building third-generation Westinghouse AP1000 models, which are supposed to be practically accident-proof, at the expense of older designs.

This does not solve the water problem, but given the strength of the nuclear lobby and the weakness of popular resistance, China might go ahead and build plants it can’t ultimately turn on.

But the combination of drying rivers and stricter safety guidelines does suggest that actual utilization of nuclear power will grow more slowly than originally hoped.  That means more dependence on coal – perhaps cleaner coal, perhaps not.

“I think they’ll try to put lipstick on this pig,” Dodson said. “But the future of this country does lie increasingly with coal. That’s the disconcerting part of all this.”