Home Columns & Interviews The dragon and the elephant 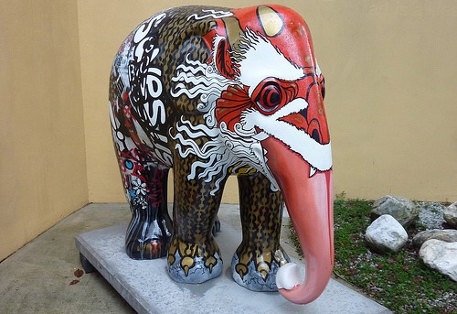 The dragon and the elephant

India and China have had many divergences over the past century; disagreements over the border have on three occasions led to full-scale wars, most recently in 1987. But the Sino-Indian relationship continues to offer more potential benefits to the world’s population – more than one-third of which lives in India or China – than perhaps any other bilateral partnership.

Good then, that one of Sino-Indian relations’ most prominent figures is the brilliant and plain-speaking Dr S Jaishankar. Since joining India’s foreign service in 1977, Jaishankar has served in Moscow, Washington DC, Sri Lanka, Prague and Singapore. China Economic Review spoke with him in October on the sidelines of a seminar at Shanghai’s China Europe International Business School.

Q: India and China are often pictured as being strategically pitched against each other. Can you talk about your view on the balance of power in Asia?

A: That kind of sharp balance of power is really very 19th century. That’s not where we’re moving now. It’s in neither India’s nor China’s interest to have a very polarized Asia. Most people tend to underestimate the potential power in the cooperation of India and China. That is not to say that we don’t have issues or divergences sometimes – I acknowledge that we do. But as India and China become bigger and more powerful, we will meet each other in more places than we ever have before. We have to build a new relationship to manage that, because it will be an overlapping footprint. As for balance of power, my sense is that the Chinese are more in love with it than Indians are. It’s more a part of Chinese history than it is ours, and I think most Chinese naturally assume that India will behave like China did. So if India is developing its relations with the US, the Chinese may think, ‘Oh, the Indians are doing what we did with the US during the Cold War.’ That isn’t the case. When you look at China’s relations with the US, with Japan, with Vietnam, these are all three, four, sometimes 10 times what India’s relations are with these countries. So for China to get nervous about what India is doing is really not borne out by reality.

Q: India’s national oil company has been in talks with Vietnam about exploring oil in the South China Sea. That’s clearly been a flashpoint this year. What does this move mean for territorial claims? Are Indians similarly worried about Chinese projects around the Indian Ocean rim?

A: I’m not sure I would accept your description of “flashpoint.” Frankly, I think the press has been more excited about this than anyone else. It’s just a business deal, and people shouldn’t treat it with political significance. As to how we would respond to Chinese activities, well, the Chinese are there. It’s natural: China becomes stronger, it has a greater reach, and, as I said, Indians and Chinese will encounter each other in more places than they ever have before. Now you have Chinese activity in Sri Lanka, the east coast of Africa, the Indian Ocean islands, east of India in Myanmar, it’s there, it’s a fact of life. We need to be careful not to mix business with politics.

Q: What are the largest remaining barriers to Chinese business in India? For example, there was a dispute last year over Huawei operating in India – how was that resolved?

A: It’s not our view that there’s a Chinese policy to discourage imports from India. It’s just that the Chinese system is not sufficiently open in some areas in which we have an interest. Sometimes it’s not sufficiently open to us, sometimes it’s to the whole world, sometimes it’s structured in a way that favors the biggest players, and the Indian companies are not that big. This is not a case of finger-pointing, it’s a case of diagnosing a problem and solving it. The Chinese are not going to buy from India just to be good to Indians, that’s not why people trade. The Chinese will buy from India if they see value in it, and they will change the rules if the rules are a problem. It’s up to us to demonstrate areas where we are strong and competent. IT and pharmaceuticals are two obvious examples. We have begun to see some changes with IT, but we’re not there yet. But Chinese leadership have told us they take this issue seriously.

Q: There’s been some opposition to Chinese companies importing their own labor into India, right?

A: Indian industry is the greatest advocate of Chinese industry in India, because they want to work with them. So where we run into issues we try to solve those issues, for our own companies as well. You mentioned the telecom issue earlier. There were questions, and it is entirely legitimate for any country to raise issues if there are security concerns. But we found a solution that Chinese companies found completely acceptable, and it met our concerns as well. But when it comes to labor, that’s a separate issue. Because apart from the companies, you also have the country, and no country with employment concerns wants their jobs to be taken by other people. And those jobs were being taken in violation of our rules. Chinese companies were bringing people in illegally on business visas to work, and that’s what we asked them to stop. We have a system in place today to grant Chinese companies project visas if the skills are not available in India. My recollection is that last year alone we issued something like 6,000 visas for Chinese companies. Compare that to getting a project visa in the US or Europe, if they issue visas at all. So my sense is that we’ve been fairly pragmatic and efficient. But there cannot be an expectation that a country with employment issues at home is going to open itself up for cheap labor from another country – that’s not reasonable.

Q: You’ve said that China and India are operating within a global system that they did not create. How do you suggest they reform that order?

A: Whether it is emissions commitments, food security, labor migration, commodity price volatility, there are issues that are common to large, developing economies. But we’re not just large, developing economies, we’re large developing rising economies. You feel you should have influence and that people should be listening to your concerns, but often you find they’re not. If two voices are raised in a room at the same time, they tend to be louder than one. The world will have to change in many ways. You can argue about the pace of the change, you can argue about the breadth of the change, but that fact is today there is an economic correction away from North America and Europe and towards Asia. Now that correction needs to find some kind of decision-making expression. That is where there is a perceived benefit in working together.