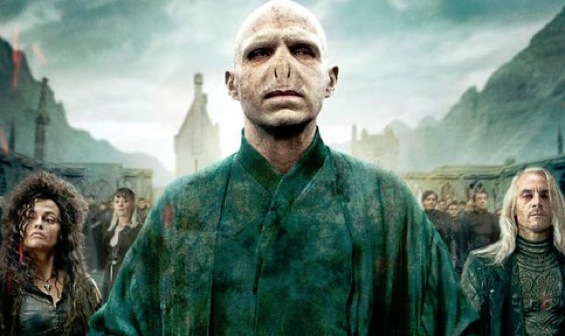 From the perspective of revenue growth, China’s state-sponsored film industry appears to be a smash hit. Mainland box office returns grew nearly tenfold between 2005 and 2010, to US$1.57 billion. Demand for movie tickets is so high, it seems, the government can even make money producing films about how great the government is.

Take the recent series of pro-Party historical blockbusters. Following the release of “The Founding of a Republic”  in the summer of 2009, the follow-on film “The Founding of a Party” hit theaters in June, just in time for the Chinese Communist Party’s 90th anniversary. Like its predecessor, the epic had no shortage of star cameos (178 in all) or technical proficiency; it featured split screens and theater-shaking gun battles shot in high-definition color. By July 4, the film had grossed US$48.27 million.

Unfortunately, the film’s success was a mirage. The box office quota was filled not by the devoted proletariat, but by top-down diktat. State-owned enterprises were encouraged to buy blocks of tickets for their staff, theaters raised ticket prices to help ensure that the film grossed as much as possible, and authorities pushed back release dates for the latest installments of “Transformers” and “Harry Potter” to quash competition. In some cases, theaters sold tickets to “Founding of a Party” to meet their quota, but then allowed viewers to use the tickets to watch other movies.

If the goal was to inspire a groundswell of popular support, it appears to have failed. Authorities apparently disabled the review functions on pages related to “Founding of a Party” at popular movie review websites, but not before screenshots captured the audience rating for the film at a lowly 4.8.

The film’s performance is part of a wider irony. China is now the world’s fastest growing film market. PwC forecasts that, by 2015, China will surpass India to become the Asia Pacific’s second-largest box office market after Japan, and that its cinema screens will grow to 15,000 from the current 6,200. In theory, the growth in screens should benefit studios exponentially. “One more screen increases our audience by around 220,000 people per year,” said Wang Dafang, the chairman and CEO of Tianjin Film Studio.

This market would be a dream for most producers. However, it has not resulted in a significant increase in profits for China’s movie industry. Sources estimate that average losses for the Chinese film industry hover near 70%.

These losses are partly due to strict revenue-sharing agreements: Regulations allot theaters 50% of box office proceeds, while film producers take around 43%, and the distributor and a state-run development fund split the rest. “On the film side, it’s less profitable to show a film in China than it is elsewhere in the world,” the CEO of IMAX, Richard Gelfond, told China Economic Review. “That’s because of the way the distribution system works – the studio gets less of a payout than it gets elsewhere.”

Worse, where Western studios typically earn around two-thirds of their revenues from ex-cinema sales of toys, movie rentals and the like, rampant piracy of DVDs and merchandise in China means that Chinese films must earn almost all of their revenues from ticket sales. The lack of follow-on revenue streams creates a high financial barrier for the edgier films that, in other markets, might eventually recoup their costs at the DVD store. Profit-driven studios, meanwhile, may sacrifice artistic vision to produce a cookie-cutter blockbuster they hope will fare better at theaters.

Finally, strict censorship clamps down on innovation. Beijing shelters the large state-sponsored film studios from bankruptcy, but in return they must bend to China’s extensive and sometimes bizarre censorship restrictions, which forbid stories featuring co-habiting unmarried couples, ghosts and corrupt police officers. Kung-fu epics, classic Chinese myths and pro-CCP propaganda are a safe bet, but as the example of “Founding of a Party” shows, none of these tired themes guarantee ticket sales.

A related problem is the absence of a rating system. “Now [Chinese filmmakers] basically have to consider everyone who will be in the audience – it’s almost like everything has to be PG or PG-13,” said Cindy Lin, the founder and CEO of film agency Infotainment China Media.

All of these hurdles make it difficult for Chinese films to combine profit-minded production with artistic direction and writing. “There are people with money that are willing to invest,” said Charlotte Hsu, a partner at PwC. “But do we have the right script, the right directors, the right equipment and technology? On top of the regulations, those are the things that are holding China’s film industry back.”

In contrast, foreign films in China are almost without exception highly profitable. But their popularity is in large part a function of scarcity. Since 2002, China has allowed only 20 of the biggest foreign blockbusters to enter theaters under the standard revenue-sharing agreement each year; another 30 are allowed to enter under less profitable minimum-guarantee contracts. The World Trade Organization set a deadline for China to remove this quota by March, but the date came and went with no sign of either remorse or revision from China’s regulators.

In reality, of course, China suffers from no shortage of Hollywood films thanks to piracy. But this profits no one but the pirates.

What are businesses to do in this tough operating environment? Some studios are hedging the current revenue-sharing rules by buying into theater chains. Theaters do require big cash outflows to cover rent and equipment, but they are also responsible for recording receipts and doling out the cash to other parties. Thus by investing in cinemas, studios both obviate the revenue split problem and reduce their exposure to accounting fraud.

Domestic players are also looking downstream to increase revenues outside the box office. Huayi Brothers, for example, is partnering with online games companies Giant Interactive and Tencent, and it has announced plans to build a US$462 million movie theme park. “It’s useless to complain about piracy,” Hu Ming, the general manager of Huayi Brothers, told China Economic Review. “The more practical thing is to find a solution.”

For foreign companies, gaining a foothold in the Chinese markets often means forming joint-ventures with well-established local companies. Hollywood’s Legendary Pictures, for example, plans to produce films locally through a JV with Huayi Brothers – thereby side-stepping import restrictions. Wide-screen cinema technology company IMAX, meanwhile, is teaming up with Wanda, China’s biggest cinema operator, to open 75 new cinemas in the next three years, which will make China IMAX’s second biggest market after the US.

While forming partnerships can help foreign players get ahead, content restrictions will continue to check their mainland revenues for a long time to come. “The quota is something of a smoke and mirrors game,” said Dan Mintz, the CEO of Chinese entertainment company DMG. “[Hollywood studios] are so focused on the quota that they miss the bigger picture. If they manage to get rid of the quota, there’s still censorship.”

China will have little motivation to level the playing field until it produces films for export itself. While Chinese companies are certainly hungry to seek out international markets, in their present state most mainland movies appeal only to Sinophiles and academics. As long as the market is regulated by philistines who see time travel as a threat to social order, producers will have a hard time combining the artistry and commercial value that drives the international film industry.

“Films need a producer that balances creativity with practical matters,” said Lin of Infotainment China. “China needs a whole new generation of good producers. That’s the engine for the entire film industry, and without it the industry won’t grow quickly.”