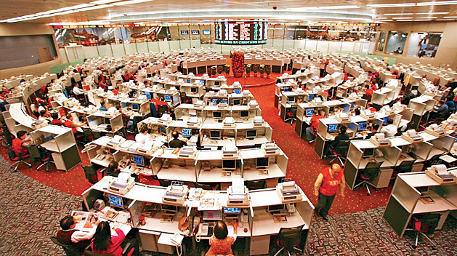 End of the rainbow

As the US Securities and Exchanges Commission’s (SEC) investigation of US-listed Chinese firms grinds on, headlines are beginning to repeat themselves. Another day, another accounting problem; the list of firms under attack grows longer; share values shrink.

The Halter USX China Index, which tracks Chinese firms listed in New York, has fallen 8.75% over the last three months, far underperforming other US market indices. No index specifically tracks Chinese reverse-merger stocks, which have caused most of the trouble. But the iShares China small-cap ETF is a feasible proxy: It is down 14% over the same period.

The investigation is not yet concluded, and more Chinese companies are likely to find themselves in the SEC’s crosshairs. But for short-sellers, the days of record profits from shorting Chinese equities in the US are over. Not only have values been driven into the floor in most cases, but stock lenders have recalibrated their formulae. Interest rates for loans to short particularly suspicious Chinese companies have reached as high as 70% in some cases, and some brokerages are refusing to allow leveraged trades in Chinese stocks at all. Without leverage, it’s difficult to justify the expense of investigating a given Chinese company. Being right doesn’t pay much; being wrong is very expensive.

For a moment, it appeared that distaste for Chinese stocks was spreading beyond the reverse-merger products into Chinese internet stocks. For example, investors were alarmed when shares in online video site Youku declined 30% in June, setting a new bottom at US$25.57 a share, just months after trading near US$70.

But in fact the decline of Chinese dot-coms in US markets was selective and temporary. A closer look shows that Youku shares were driven downward when institutional investors celebrated the end of their IPO lockup period by selling off their stakes. This was not exactly a vote of confidence in Youku, but nor was it a precursor of a wider flight from Chinese internet stocks. Established (profitable) Chinese internet giants like Baidu and Sina continue to do just fine in New York – Baidu now trades at 80-times earnings.

Investors haven’t lost hope in the China story, or even the China internet story. In the meantime, the SEC and the Public Company Accounting Oversight Board (PCAOB) are working on shoring up confidence. As China Economic Review went to press, US regulators are still camped in Beijing, lobbying the China Securities Regulatory Commission (CSRC) to let them double-check the work of Chinese accounting firms.

Deeper regulatory cooperation without infringement on China’s sovereignty is both operationally feasible and a good idea. Unfortunately, whatever happens on paper, this is a country of strong firms – especially those run by the politically connected – and weak regulators. Whatever the ultimate agreement is, expecting too much on the implementation side would be a mistake.

Some argue that the troubles in New York will be the Hong Kong Stock Exchange’s gain. Hong Kong investors understand China better, the argument goes, and are willing to pay higher valuations than US investors for Chinese companies. Chinese firms worried about rejection by investors in New York can simply list (or re-list) in Hong Kong instead.

Given the situation in New York, short-sellers hope Chinese firms do just that. Shorting stocks in Hong Kong isn’t as potentially lucrative as it is in New York for regulatory reasons, but it’s popular nevertheless. Short sales make up between 5-9% of market turnover in a given week, and short trading in the Hong Kong China Enterprises Index closed on 12% in mid-July.

One anonymous official with the Hong Kong exchange suggested to the press that shorters will have less luck finding frauds in Hong Kong: Unlike NASDAQ, the source pointed out, the Hong Kong exchange requires its firms to be profitable. Unfortunately, this standard is irrelevant. Profitability requirements do inhibit many dot-com startups from listing in Hong Kong, but most of the book-cooking uncovered in New York was at “profitable” Chinese companies. Some also question the wisdom of recently allowing Chinese firms to begin using mainland accounting standards when filing in Hong Kong. Mainland standards are not designed to facilitate fraud, of course, but the decision was poorly timed.

A minor migration from New York to Hong Kong is possible. But switching markets is no escape from skepticism.