Home Business Land of the lost 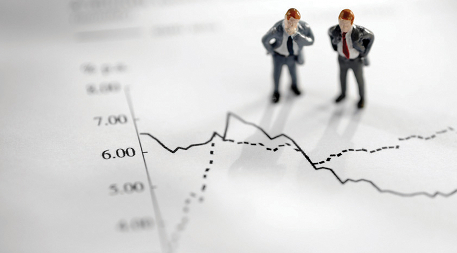 Land of the lost

In the summer of 2008, Zhongsen International Tea Company held a shareholders’ meeting in Kunming. The event’s format diverged widely from the staid Western standard. It lasted for the greater part of a day, and featured sing-a-longs, a dance performance, a raffle, and rounds of stretching exercises. The shareholders were, for the most part, inexperienced investors, many of them elderly, who had bought “shares” in Zhongsen by purchasing small lots of land upon which the company planted its tea trees and harvested its profits.

The investors understood land ownership, and they understood tea. The reason for the meeting, however, was to convince them to swap out their land titles in exchange for something more abstract: paper shares in a new company, which was to be listed in the US on something called an “over-the-counter” bulletin board (OTCBB).

The investors enjoyed the singing, the performances, and the stretching exercises, but were nervous about the proposal. “Isn’t the US market more risky than the Chinese stock market?” one skeptical septuagenarian asked over lunch. It was an excellent question in retrospect. The follow-on question today is, riskier for whom?

In the end, Zhongsen’s management team decided to forgo the opportunity, but three years after the shareholder conference, the US shell created for the purpose still languishes, inert, on the over-the-counter market under the ticker ZSIT.

In retrospect, Zhongsen’s hesitation was atypical. In the same year, many mainland firms leapt onto the US OTCBB without looking twice. Today there are nearly 700 of them, making companies from China the third-largest OTC-listed cohort by national origin after US and Canada.

That statistic nothing to be proud of. Depending on who you ask, these companies are almost all either frauds, victims of fraud, or wastes of time. The consensus seems to be that most of them have no business being listed on the OTCBB, or anywhere else. Investigations by short-sellers and regulatory authorities continue to turn up evidence of fraudulent accounting at Chinese firms listed on major exchanges, many of which have snuck onto the main boards through an “uplisting” from the OTCBB.

“Over 20 Chinese companies have been delisted from the main board so far, and all of them graduated to the main board through the OCTBB,” said Huang Shan, CEO of Wealth Index Capital Group, a Chinese international investment consultancy that specializes in helping Chinese small- and medium enterprises (SMEs) list in on US OTC market. “I am not optimistic about the future.”

Most onlookers now view the Chinese companies currently listed on the OTCBB with a particularly high degree of suspicion. “They are a mess,” said Melissa Guzy, managing director of VantagePoint Capital Partners. VantagePoint evaluated a few Chinese OTCBB firms as investment targets and was not impressed. “You have to ask yourself, why did the CEO go there in the first place?”

To some, the obvious answer to this question is a desire to rip off investors. Others, however, believe these firms were less perpetrators than victims, specifically of fee-based scams perpetrated by an industry of “OTC bucket shops.” Peter Fuhrman, chairman and CEO of investment bank China First Capital, laid into these firms in a fulsome jeremiad:

“[The Chinese companies] are first told they are going to list on NASDAQ. They start paying the [advisor] money and then they are told, ‘Oops, sorry, we need to start on something called OTCBB’ – of which most Chinese managers know nothing. They go on OTCBB, where the company raises no money while the advisors make millions from these deals. The company never gets uplisted, it’s continually saddled with the cost of Securities and Exchange Commission compliance, its shares barely trade and eventually it goes dormant and dies. And very often, these were originally good, small, entrepreneurial companies.

“Was the boss foolish to listen to those advisors? Yes. But these are not white-shoe US lawyers or Big Four accounting firms. They are often the dregs, the same people that the SEC is investigating and trying to put out of business for these transactions.”

Peter Humphrey, founder of forensic due-diligence consultancy ChinaWhys, concurs that foreign advisors have much to answer for. However, Humphrey is inclined to spread the blame more widely. “I don’t have a very benign view of the idea that this is a widespread practice of people exploiting and damaging Chinese companies … I think in most of these cases it’s premeditated fraud. [The Chinese managers] know they are stealing.”

What’s in an OTCBB?

The over-the-counter market is actually a complex, if murky, little ecosystem. For one thing, it is actually not an “it,” but rather a cluster of markets that are not technically stock exchanges – which is why they are called “bulletin boards.” The “Pink Sheets,” which evolved into today’s OTC Pink market, started out as pink sheets of paper that contained quotes for small-cap company shares. The system has been partially digitized and investors can now trade some OTCBB shares through major online brokerages.

Today there are two organizations running OTCBB markets in the US. The first is the for-profit OTC Markets, which claims to handle 95% of OTC transactions at present. In 2010, OTC Market’s combined exchanges (OTXQX, OTCQB and OTC Pink) handled over US$146 billion in transaction volume, compared to US$50 billion on the London Stock Exchange’s small-cap AIM market.

The second organization is the quasi-governmental Financial Industry Regulatory Authority (FINRA), which runs its own bulletin board, the FINRA BB. This is sometimes confusingly referred to as “the OTCBB,” which was originally created and administrated by NASDAQ. Interestingly enough, FINRA announced last September that it would sell its bulletin board system and trademark to investment bank Rodman & Renshaw – which has specialized in helping many Chinese small-cap firms list on major boards. However, the target date for deal closure has passed without comment from either, and neither FINRA nor Rodman & Renshaw responded to questions about the deal.

The make-up of these boards is mixed; contrary to popular belief, the OTC markets are not composed entirely of micro- and small-cap firms. “We have small
entrepreneurial US companies, [and] we have large international champions such as Roche that have their ADRs [American Depository Receipts] trading on the OTC,” said Tim Ryan, managing director of sales and business development for OTC Markets. “They are not on the NYSE because they choose to follow their home country disclosure [rules], rather than follow SEC reporting disclosure.”

Technically speaking,  some well-known Chinese giants like Alibaba.com, battery and car maker BYD, and Yanzhou Coal Mining are also listed on OTC markets. However, Ryan notes that many of these shares are “listed” by brokers who are creating a secondary market for the stock, rather than issued by the companies themselves.

Regulation and reporting requirements vary widely by venue, ranging from the Grey Market – which features shares in companies that do not report to the SEC, do not disclose any financial data and are literally less regulated than casinos – to the OTCQX, which holds its listed members to similar disclosure and SEC reporting standards as the major exchanges, and requires a US-based accounting firm or investment bank to officially sponsor a share offering. OTC Markets has recently added a skull and crossbones logo that is placed next to the tickers of companies suspected of fraud.

Fuhrman of China First Capital is unimpressed by the tier system. “You can call it whatever you want,” he said. “It doesn’t matter. You have three stock exchanges in the US that matter: NASDAQ, AMEX and the NYSE. If it’s anything else, it’s an unregulated charnel house.”

The poor performance of uplisted Chinese firms is giving everyone headaches. It has already resulted in an unwelcome public-relations problem for OTC Markets, which has been struggling to overcome investor prejudice for years.

“We have not tried to recruit Chinese companies going after reverse mergers,” said Ryan of OTC Markets, “because we have always seen that there is a potential risk there.” However, neither did they try to discourage Chinese companies. OTC Markets still has not translated the detailed explanations of its tier systems on its website into Chinese. This has left most Chinese small-cap companies, which tend to be short on fluent English speakers, without a way to double-check what their advisors are telling them.

The poor performance of OTC firms is also a headache for their Chinese managers, who are stuck with auditing and reporting fees that will only prove strategically useful if they uplist. Such upgrades are exceptional, and are likely to be even rarer going forward.

Even if Chinese companies manage to move up to a more mature exchange, they are frequently disappointed by the results. A stint on a bulletin board is hardly the sort of pedigree investors are looking for. “The investor community does not forget easily,” said Douglas Jiang, an analyst at investor website iChinaStock. “They will know that you were upgraded from the OTC, and they will be cautious.”

Finally, for venture capital or private equity investors in small Chinese firms, OTC listings do not so much cause a problem as fail to solve one – namely the problem of cashing out. “Where is the liquidity [on OTCBB] for us as an investor – I mean real liquidity?” Guzy of VantagePoint asked rhetorically. “The OTCBB market is not interesting for us as an exit market.”

There are some reasons for Chinese firms to list on the OTCBB besides naïveté or greed. Nicole Chen, vice president of finance at OTCBB-listed China Power Equipment, said she believes the listing has served as a financial boot camp for her firm. “The more mature, well-regulated US capital markets will help us to strengthen our internal controls and accounting quality. It’s been good preparation for our next stage.”

But this advantage, of course, only pertains if the company successfully uplists. For the majority of firms on OTC markets, configuring internal controls to comply with onerous regulations is an expensive waste of time.

Scott Silverman, president of EverAsia Financial Group – the firm that originally advised Zhongsen International Tea on its OTC listing project back in 2008 – suggested a less obvious reason to list on OTCBB: Many Chinese companies – Zhongsen included – have ownership structure problems.

“A lot of companies in China go out and raise money from thousands and thousands of shareholders, which they are not allowed to do. By going on the OTC markets, they solve that problem,” Silverman said. “The Chinese government can show up and say, ‘Wait a minute, you have 6,000 shareholders you’re not supposed to have!’ But if you go public, you have one shareholder, namely the US public shell that bought out [the Chinese shareholders.]”

In some cases, the market does work the way it is supposed to, generating enough interest and liquidity to serve a small-cap company’s small-cap purposes. An investor relations manager at OTCBB-listed China Solar & Clean Energy surnamed Chen said her company’s listing helped the firm raise funds and merge with three other small Chinese companies, their original strategic goal. “[Our company] is severely undervalued,” she griped. “But we still remain positive on OTCBB.”

OTC Markets will be pleased to hear this. But given current problems, it’s clear that most Chinese companies should rethink listing strategies that involve an over-the-counter component. If it was difficult to raise money on the OTCBB before, it will be twice as difficult now, and it will be next to impossible to uplist without a major regulatory hassle.

Better, perhaps, to concentrate on other things. “I think that this market is shifting,” said Guzy of VantagePoint. “People are starting to understand that everything is not about ‘nine months to IPO.’ You have to build real companies to have a sustained value.”