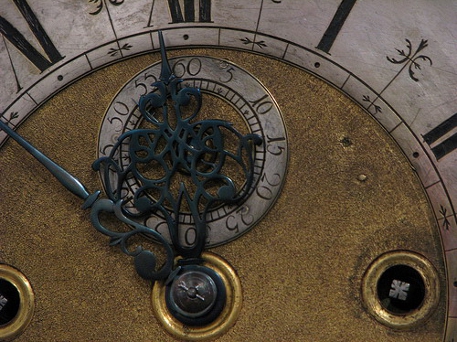 Beijing Welcomes You: Unveiling the Capital City of the Future

In the run-up to the 2008 Olympics, much of Beijing was ripped apart and rebuilt from its foundations. The city was home to 10,000 construction sites that together covered an area one and half times the size of Manhattan, millions of people aspiring to wealth and modernity, and one Tom Scocca, a former writer at the New York Observer, now managing editor of Deadspin.

In his new book, “Beijing Welcomes You,” Scocca offers a comprehensive and intimate portrait of Beijing’s massive transformation. He portrays everything from food scandals and fuwa to monumental architecture. But like the Olympics itself, the book is not so much about the event as the process of transformation which preceded it.

The Olympics was an opportunity for Beijing to show its power and capabilities to the world by remaking the city in its own image. It was effective demonstration. “I have been involved with the preparations for about eight years, and my feeling is that the Olympics Games is not a sports event,” Madame Wang, the head of the Olympics’ press operations, told Scocca. “It is like a media event.”

The author’s account captures this top-down transformation, but the book’s strength is in depicting the messier aspects underneath it. Beijing’s government was not only the monolithic organization that built Tiananmen Square and the Great Hall of the People, it was also a chaos of overlapping structures of power, ministries and department heads. And Beijing was, and is, a vast sea of people, warm and noisy, pushing out from the confines of the state-built apparatus into creative and entrepreneurial activity by virtue of their sheer numbers.

It is in looking at this messier aspect of Chinese society that the meaning of Beijing’s transformation project becomes clear. In the absence of a unifying ideology, it is the process of modernization and change that holds China together. Like an overloaded bicycle, the country has to keep advancing or risk toppling over.

The city’s transformation is a fascinating topic, and Scocca paints an entertaining, elegant picture. But his analysis often stops just beneath the surface. For example, he never really addresses where the push for reform comes from: Is it simply a desire to catch up with the West? Or is it a deeper cultural tendency, one more manifestation of Mao’s continuous revolution?

Admittedly, this is a difficult task. “Getting to know Beijing was like doing archaeology with someone shoveling new dirt and rubbish down into the pit on top of you,” Scocca writes.

But his lack of deeper explanation may simply stem from a limited understanding of China. Some of the pinyin in the book is transcribed incorrectly, for example. And Scocca discusses every detail of life in China almost indiscriminately – the bargaining, the smoking, the split pants on kids. For those who have lived in China, it is a walk down memory lane, but at nearly 400 pages, it can become a tedious one.

“Beijing Welcomes You” appears to be drawn from notes Scocca kept while writing a series of articles about the Olympics, and it feels more like a journal rather than a finished, deliberate work. Ultimately, he fails to bind his reporting into something greater than the sum of its parts, as longtime China correspondent Richard McGregor did in “The Party.”

The book’s publication date is also likely to be a stumbling block for some readers. Three years after the Olympics, it arrived too late to be relevant to casual China observers, many of whom have recently experienced the déjà vu of the Shanghai Expo. (One of Scocca’s interviewees puts it best: “Olympics,” she said. “Blah, blah, blah, blah.”)

But for all that, “Beijing Welcomes You” is a wonderfully written personal account that will only gain value as it ages. Students and historians could turn to this book for glimpses of a city that has disappeared. And Scocca gives poignant snapshots: A worn-out pool table in a field of rubble, an infant wracked with an asthma cough, an English class of senior citizens eagerly writing down the word “wiretap.”

“Beijing Welcomes You” claims to portray the city of the future. But in a place as fast-moving as China, Scocca’s account is already firmly of the past, a picture of a city that has already devoured itself.