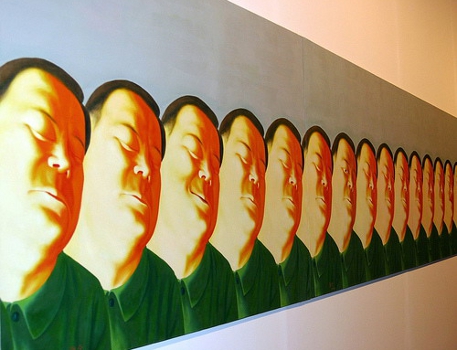 China is a difficult place to do business, and the art business is no exception. But you would never know that from the headlines. This year, when art business website Artprice announced that the Chinese art market is now the top art market in the world, those of us in the know only yawned.  Just as some predict China will become the economic center of the world, others would now have us believe that Chinese art is taking over the planet. I believe neither the former nor the latter.

As an investor, I always look for inefficient markets: There is an inherent inefficiency to the business of buying and selling art because trading volume is limited and price discovery is obscured. The Chinese market is no exception, and in fact it is particularly distorted at present. Prices for many classes of Chinese art are highly inflated, but this is no more indicative of a promising market than soaring real estate prices. It is speculation by the uneducated and unethical that is pushing up auction values for Chinese art.

If multi-million dollar valuations for unknown Chinese contemporary artists seem fantastic, it’s frequently because they are.
Auction records here are often works of fiction. While there are various ways to game auctions, one common phenomenon in China is sham auction bidding by agents of the artist or the gallery representing the artist. No actual money changes hands during such “auctions,” but the sale price is entered on the auction record nevertheless. In turn, this record is used to convince real buyers that the market has already placed a high value on the artist.

There are, of course, no reliable statistics available on the practice. However, I have personally encountered pieces that were supposedly sold at auction still on display at the galleries they came from.

The problem has spread to international auction markets, where Chinese buyers have won enormous bids but declined to close on sales, possibly due to similar motives. International art auction houses are now requiring mainland buyers to cough up deposits of several million dollars to qualify for bidding.

Curiously, there is an inverse version of this tactic, where auctions are used to pass or launder bribes. Rumor has it that, in some cases, someone might give an official a vase or something of similarly vague provenance; the official puts the article up to auction; and the “bidder” bids up the price to a given level. Regardless, the point is that the average value of the Chinese auction market is far from a reliable yardstick.

The roots of the problem are greed and ignorance. First, thanks to high prices for Chinese art in the international auction market, many people now believe they can easily make a lot of money playing with art. The mainland arts media industry is similarly money-driven and contributes to the problem. In many cases, articles about artists are paid for and written to promote undisclosed collections of the media outlet owner. My gallery has been called by TV stations, art internet information outlets and magazines, all offering to do stories about us for a price.

On the other side, some buyers suffer from ignorance and pride. Big spenders in China like to pay high prices for luxury goods, and part of the fun is telling their friends how much they paid. That attitude has now been applied to art purchases.

The artists themselves must also shoulder part of the blame. In the West, artists commonly sign exclusive contracts with dealers, and this benefits the market by creating primary price-discovery venues. Art dealers in this role act like investment bankers, doing initial offerings and maintaining orderly markets.

In China, this aspect of the business is also problematic. First, contracts in general may be fraught with risk, and artist-dealer exclusivity contracts are therefore difficult to enforce. But even getting them signed is difficult because Chinese artists too frequently regard their work more as a manufactured product than an investment. Generally they will sell their work to anyone through any channel instead of going through a specific dealer – which ironically drives down the value of their work.

Others try to make contracts with a dealer to buy all the work that they produce, which only encourages them to produce quantity rather than quality.

The Chinese market has every reason to be immature. Less than a century ago, owning art was actually illegal for the common person. As a result, there is no tradition of home decoration or art collection by ordinary people in China. And of course the campaign against the “Four Olds” during the Cultural Revolution destroyed much of what art ordinary people had collected. Indeed, government censorship continues to inhibit the development of the art market, as it only promotes certain types of art.

But this unnatural state of affairs offers an opportunity nonetheless. In my experience, honesty does pay, and the more it is in short supply, the more valuable it is. Professional investors find niches that are out of the spotlight and therefore lack efficiency: While we play according to the rules, we seek games that are unfair. We have rationalized prices, for example, in the art market for teapots, by charging fair prices, which has encouraged other dealers to follow suit.

That makes us stand out and drives customers our way. And of course we continue to seek artists who have not yet been discovered by the larger market. If one focuses on the art, not the money, profits will eventually come.

Craig Mattoli is CEO of Red Hill Capital and owner of Leona Craig Art in Guangzhou,China