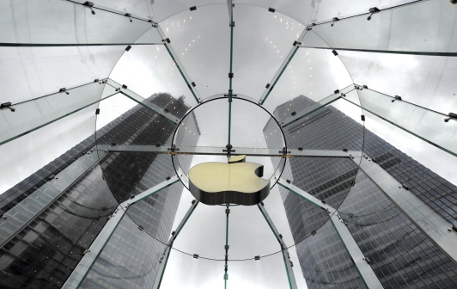 Apple is riding high these days. Its iPhone has disrupted the telecoms industry with its App Store concept and third-party developer ecosystem. Once mighty giants like Nokia and Motorola are struggling to keep up with its mobile product development; the company now also threatens Nintendo in the handheld gaming sector. As for the iPad, there is still no real competition. Today, Apple’s market capitalization has surpassed Microsoft’s and the company is sitting on a US$75 billion war chest.

In China, Apple has proven a cautious but intelligent player, with the result that it may dominate its market segment indefinitely.

After obstinate negotiations with both China Mobile and China Unicom over iPhone services concluded – arguably the drawn-out series of headlines only added to anticipation – Apple quickly established itself as a must-have status symbol for the young Chinese digerati. Those who suspected consumer enthusiasm would die down as other competing products came onto the market are still waiting. Lines still form daily at Apple’s four China stores as demand far outstrips supply.

In Apple’s latest earnings report, the company revealed that its China stores make more money than its flagship stores in San Francisco and New York City. If imitation is the sincerest form of flattery, Apple is certainly getting buttered up; the company discovered more than 20 fake Apple stores in recent weeks where entrepreneurs had duplicated its look and feel down to the employee ID tags.

The demand for Apple products has also created a massive secondary accessories market for cases, bags, screen protectors and the like. Although iPhones remain expensive compared with local salaries, the robust market for used Apple products allows local workers with even modest salaries to afford entry into the Apple club. Android devices do remain popular for some smart phone users, but they are the MySpace of mobile platforms to Apple’s Facebook. At present, their primary competitive advantage is price, and in the tablet market they do not even have that advantage.

Apple’s empire, of course, is not without its points of tension. The app store concept, for example, bothers the state-owned telecom giants since it neatly cuts them out of both revenues (apart from revenues generated by downloads) and control. But they have a hard time pointing fingers. Apple’s revenue-sharing scheme, in which application developers get 70% of proceeds while Apple keeps the rest, has been the subject of griping in the West, but it is still quite generous compared to what the telecoms offer on their own app stores, where developers are lucky to get 20%.

And then there are the regulatory minefields. As a game platform, content seller, handset maker and software developer, Apple needs to meet and negotiate with a wide variety of government agencies and ministries. But what has become apparent is that even if Apple products were to be banned in China, the market for black- and grey-market imports would be immense. Of course such an outcome would be a public relations disaster for both Apple and Beijing: Any news about Apple in China quickly becomes global news headlines in 24 hours. But it would not likely cut far into Apple’s sales.

And Apple can apparently get around regulatory hurdles. Consider gaming. In a country where game consoles are banned (with the exception of the locally licensed Nintendo DS), no one in the regulatory apparatus seems to have noticed that Apple iPhones, iPods and iPads have become gaming machines. Apple has neatly circumvented the game console restrictions by positioning itself as a maker of communication and music devices, even though its gaming capabilities are as, if not more, enticing to customers.

As a result Apple is now in position to drive a much harder bargain with its partners. For example, the initial relationship with China Unicom (the original official telecom provider for the iPhone in China) has deteriorated to the point that Apple now sells its mobile devices without the option to buy a Unicom 3G plan. You buy your iPhone, source your own contract and, in some cases, clip your own 3G SIM card to fit into your new phone. Now Apple is rumored to be romancing China Mobile to sell its iPhone 4. Or is it the other way around?

I predict that China will be Apple’s primary emerging market as the company releases new affordable products targeting China’s growing middle class. Cheaper “nano” versions of iPads and iPhones seem likely in the future. While it hasn’t generated the same buzz as mobile devices, the new Apple MacBook Air seems to be designed with the Chinese consumer in mind. Light, small, powerful and affordable with the entry level version selling at around US$1,000, the smallest version can even fit into a woman’s handbag.

The coming year will be critical for Apple. Some joke that the authoritarian rule of Steve Jobs over the Apple eco-system makes Beijing seem laissez-faire in comparison. However, given the growing conservative sentiment of the Chinese regulatory watchdogs, that’s a good thing for Apple. But Steve Jobs is looking to retire, and Apple is preparing to release the next generation of its OSX operating system. How both changes will play out remains to be seen, but if it sticks with its current China playbook, Apple will be able to keep cashing in on its solid groundwork for the foreseeable future.

Frank Yu is founder of Kwestr and DragonMoss. A former Microsoft employee, he has extensive esperience with China tech startups