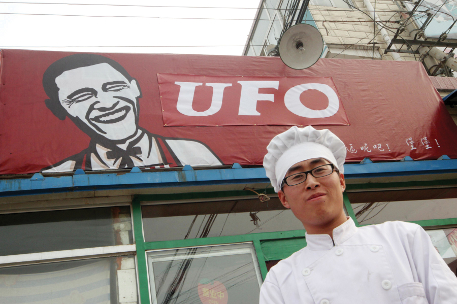 For rent: Fast-food franchising in China

Fast-food retailers love to franchise, and for good reason. Selling other people the right to run stores means that companies can get revenues out of brand equity alone, expand their network quickly with less capital, and focus on higher-value parts of the business, like branding and maximizing system efficiency. So why are American fast-food chains so reluctant to do it in China?

Many factors come into play. First, the labor force in China is less experienced at fast-food than in the US, said Joel Silverstein, founder of East West Hospitality Group, a restaurant consultancy. This makes it difficult for local restaurant hands to pull off complex fast-food businesses like KFC and McDonald’s, although simpler operations, such as scooping out Baskin Robbins ice cream, are more manageable.

Foreign tech companies’ bette noir of weak intellectual property protection also rears its head in franchising. “The US system is that you find a guy to run a store,” said Silverstein. “In China, I say good luck: You have McDonald’s and then next it will be McDuggles.” Take UFO, a would-be KFC in Beijing, which uses President Obama wearing Colonel Sanders’ ribbon tie for a mascot.

Perhaps most important, however, is that there’s simply more money to be made in owning and operating stores. Maiyo Hood, former KFC China supply-chain management director, says that franchisee fees for Yum run at about 6%, and reckons McDonald’s is similar. This is more than the slim margins for operations in the mature US market. But in China, stores can net 18-20% – making it far more profitable to own and operate than franchise out.

Not all companies forgo the franchising option. Silverstein notes that Dairy Queen has found a particularly good franchising partner in China, and Baskin Robbins and Dunkin’ Donuts have made more limited headway. Still, these are more the exception than the rule.

Some attempts are being made. A McDonald’s franchisee trial program in China began in 2004, but was limited to three franchisees and six restaurants. In 2010, the company said it would expand the program, but only in Jiangsu and Hunan provinces, and didn’t specify by how much.

More importantly, it announced in August this year that it would allow Kunming North Star Enterprise to acquire 11 McDonald’s outlets in Yunnan and open 20 new stores in the province over the next five years. Unlike its “traditional franchise” model, this deal is a “developmental franchised store” structure, meaning that the franchisee can choose the location and own or rent the property itself – giving the company much more autonomy than US franchisees.

Whatever happens, the ramifications of limited franchising are clear: American fast-food chains need a lot of capital to break into the China market, both for purchasing real estate and running operations while also investing in branding and distribution.

“KFC and McDonald’s put in a lot of capital to get successful, because China is fraught with danger on the franchising front,” said Silverstein. “Let’s say you’re [franchise-only] Wendy’s or Burger King or Popeye’s – how are you going to compete with that? The answer is: You’re not.”