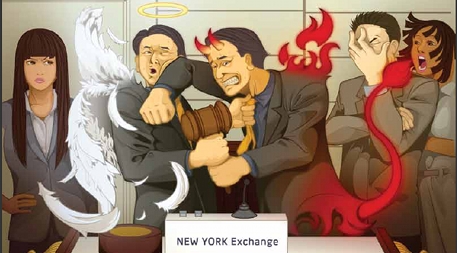 Susan Woo is not available for comment. Neither is Moore, Stephens, Wurth, Frazer & Torbet, the California-based accounting firm at which Woo is an Asian services partner. As fraud cases stack up among small- to mid-size Chinese companies that have listed in the US through reverse takeovers (RTOs), Woo is at the eye of the storm. Her reputation for China audits lies in tatters and her firm’s merger with Frost, PLLC – creating Frazer Frost – was unwound in late November of last year, barely 10 months after it had been announced.

The problems date back to a November 17 telephone conversation Woo had with Zou Dejun, CEO of Rino International Corp, an environmental equipment manufacturer based in Dalian. Short-sellers were targeting the stock, alleging that Rino had fabricated six customer relationships and massively overstated its 2009 revenues. Zou admitted to Woo that two of the six contracts didn’t exist, and that there might be problems with 20-40% of Rino’s other commercial agreements (although he subsequently confirmed the latter were legitimate).

The company’s stock subsequently slipped from NASDAQ to the pink sheets. It was suspended from trading in April after management failed to inform investors that the law firm and accountant hired to investigate the fraud claims had quit along with the head of the audit committee and all of the remaining independent directors.

Opinion is divided on Woo’s culpability. To some, she is an irresponsible auditor who turned a blind eye to noncompliance in order to retain business. To others, she was overburdened by work that her company didn’t have the capacity to handle and therefore made mistakes.

“I talked to her before it all blew up,” said Paul Gillis, visiting professor of accounting at Peking University’s Guanghua School of Management and former partner at PricewaterhouseCoopers (PwC). “She told me that she had a team of Chinese nationals who were all CPAs in California. They would come and do audits here. The problem was her workload – over US$6 million in revenue from 15 audits – was double that of the average Big Four [PwC, KPMG, Ernst & Young, Deloitte] partner.”

Drew Bernstein, a partner at accounting firm Marcum Bernstein & Pinchuk, estimates that Woo developed a US$10 million practice at a firm that until then was generating no more than US$30-40 million per year in fees. “Susan was one of the first in the market and at the time there was just not the expectation that Chinese companies were going to lie,” he said. “Serious mistakes were made and she is basically not practicing any more. But others [who] have made similar mistakes are still practicing.”

That these firms found a market in the first place was due to an imbalance between demand and supply. As Chinese firms began to show an interest in listing on US exchanges via RTOs in the early 2000s, it soon became apparent that there weren’t enough accountants able to prepare the financial statements. The Big Four were tied up with large, (usually) state-owned Chinese companies. Neither domestic accounting firms nor their Hong Kong counterparts were thought to have enough experience with US Generally Accepted Accounting Principles (US GAAP).

Charge of the dark brigade

Into the breach stepped mid-size accountants out of California, Colorado and Utah who had emerged to serve America’s RTO market. Resources became stretched as their
China business grew – it is estimated that around 350 Chinese firms have done RTOs in the last 10 years, with the US Public Company Accounting Oversight Board (PCAOB) identifying 159 between 2007 and the first quarter of 2010 alone.

Chinese-speaking CPAs, regardless of experience, were pushed to the forefront; staffing gaps were filled through hastily constructed partnerships with local operators. But the people signing off on the accounts didn’t fully understand Chinese companies or Chinese GAAP. And their local partners were often unreliable, lacking the skills or integrity to deliver accurate work. Industry watchers weren’t surprised when the trickle of irregularities turned into a torrent.

“You see these firms with one partner and one person who is US CPA-qualified and speaks Chinese,” said Jay Boyle, managing partner at Expat CFO, a Shanghai-based financial consultancy that has conducted due diligence on Chinese RTOs. “They don’t have any China accounting experience and they just put together their own set of books. They were doing the pre-audit and the audit, which just shouldn’t happen.”

It doesn’t help that many accounting firms are meeting only the bare minimum requirements. To participate in audits of US companies, accounting firms must register with the PCAOB and be subject to inspections once a year or once every three years. The board’s study of Chinese RTO activity found that 94% of companies were audited by smaller US accounting firms inspected triennially.

Over the last year, the PCAOB has repeatedly expressed concerns that some of these firms are outsourcing most of the audits to local companies or to assistants who are not in their direct employment, and then not bothering to send partners to China to verify the work. This calls into question whether the US-registered firm is able to sign off on the audit as a fair reflection of the listed company’s financial state. The China Securities Regulatory Commission (CSRC) has barred the PCAOB from conducting inspections of accounting firms in the mainland or Hong Kong.

From an investor’s point of view, this lack of accountability means that what you see is not necessarily what you get – and what you get might lie beyond the reach of regulatory or legal redress.

A company that hires a Big Four accountant to conduct an audit rather than a second-tier player can expect to pay 30-50% more for the privilege. Brand names come at a premium, but they also offer more certainty. While global accounting firms are structured as legally independent national or regional members to ring-fence their liability, the Big Four – though far from perfect – can claim to operate truly integrated networks.

“The question is how assertive the firm is in making sure that the work with US listings is done to US standards,” said Peking University’s Gillis. “The Big Four are pretty rigorous and have robust quality control procedures. They spend money and have US partners in China who are experts in SEC listings.”

The smaller US accounting firms seldom have the resources to match this. Marcum Bernstein & Pinchuk claims to be the only mid-size operator with a formal presence in China: It set up a wholly foreign-owned enterprise and has around 75 staff, all of whom are directly employed by the firm rather than freelance contractors.

Other accounting firms retain offices in China and claim to have staff on-the-ground all year round, but it’s often unclear how operations are structured – whether through wholly owned foreign enterprises, representative offices, contractual agreements with local firms, and so on – and whether companies are legally allowed to employ people in China.

Questions can also be asked of the large second-tier accounting firms. BDO, the world’s fifth-largest accounting network, with over 46,000 employees and 1,000 offices in 119 countries, is a good example.

A popular choice for Chinese firms listing abroad is BDO Limited, an independent, Hong Kong-based member of the BDO international network. However, companies seeking listings can also use any one of four mainland accounting firms – based in Beijing, Shanghai, Guangzhou and Tianjin, respectively – that trade under the same name and compete for the same business. BDO USA is another independent member of the accounting firm’s global network.

BDO Limited is one of 60 Hong Kong accounting firms registered with the PCAOB as of April 11; 50 mainland China firms are on the list as well, although relatively few actually sign off on audit reports for US-listed companies. BDO Limited, the Big Four and others are also on the list of accounting firms that have yet to be inspected by the PBAOC, despite four years having passed since they first filed an audit report.

When China Economic Review asked BDO Limited to clarify its status with the PCAOB, the firm declined to comment. It also refused to give details on whether it competes for work with BDO member firms in mainland China; whether it employs US GAAP-qualified accountants; and whether cooperation with BDO USA extends to partners deployed to verify audits in China.

BDO USA was more forthcoming, although spokesman Jerry Walsh said he was unable to comment on specific relationships or how these relationships might change in light of recent statements by US regulators. Filings made by clients of BDO member firms are subjected to a gatekeeper review by BDO USA before submission to the SEC. But the reviewer is not responsible for identifying noncompliance with auditing and independence standards.

Bernstein notes that BDO USA, of whose network Bernstein & Pinchuk was formerly a member, has struck upon a way to sell its partners’ services to separate firms at no risk of liability. “How can you possibly compare BDO in the mainland or Hong Kong with BDO USA? It has completely different resources,” he said. “Yet they have business cards with a BDO Los Angeles address on one side and say BDO China Shu Lun Pan on the other. They have been able to pass it by people as synonymous. But if you sue them, who are you suing? It’s an independent office.”

No doubt spurred by the volume of scandals, the SEC and PCAOB have taken a more aggressive stance in recent months. In December, the SEC fined Moore, Stephens, Wurth, Frazer & Torbet for not exercising due professional care in the audit of China Energy Savings Technology, which was penalized last year for overstating its revenues. The accounting firm has been barred from taking on more Chinese clients pending an independent review of its operations.

In April, James Doty, chairman of the PCAOB, described CSRC’s block on inspections as “bad for investors, companies and auditors alike.” He warned that unless the situation changed, Chinese auditors wouldn’t gain the respect of US investors, and Chinese companies would struggle to raise capital in the long term.

It has been suggested that audits might ultimately be restricted to PCAOB-
inspected firms, but no one expects this to happen soon. There are political considerations to bear in mind: With some US firms keen to list on Chinese exchanges, the CSRC might respond by demanding the same right to inspect US audit firms.

Peking University’s Gillis feels that some kind of peer review process might work best, supervised jointly by the Chinese and US authorities. A peer review system existed in the US but was thought too soft in a post-Enron world; it was replaced by the PCAOB in 2002.

In the meantime, much is being done through informal channels. According to Bernstein, US exchanges are counseling applicants away from suspect auditors, and investment banks are being more picky about whom they work with. The SEC is now rumored to be asking accounting firms to detail procedures – for example, how they verify cash balances.

“We try to do extra,” said Hamid Kabani, president of Kabani & Company, which short-sellers have criticized for perceived shortcomings. “We send our staff to the bank so we can see their receipts aren’t fakes. We call customers to ensure that they are really customers. We verify that production centers exist and that the revenue is real revenue.”

Once the regulatory issues are resolved and accounting firms are subject to regular checks and balances, it is hoped that there will be fewer players in the RTO space – not least because auditors are bearing the full cost of doing business in China as opposed to cutting corners and over-relying on local help.

“Auditors have been pretty sloppy about things like cash in China, but they are now learning their lesson,” said
Gillis.