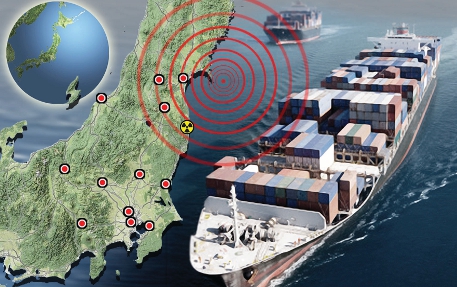 When Mother Nature shows her fury, relief groups take action with crisis-response plans that have been refined over many years of experience.

But the same can’t be said about manufacturers and their complex web of global suppliers. In today’s modern production systems, many companies lack large-scale contingency plans – resulting in delays and product shortages that can send shockwaves down the line.

The devastating March 11 earthquake in northeastern Japan and subsequent tsunami and nuclear crisis sent supply chain specialists scrambling. IHS Automotive Insight predicts that one-third of global automotive output will be cut this year due to the ruptured supply chain. Companies like Nokia – which sources about 12% of its components in Japan – were forced to find alternative suppliers, while General Motors halted production at a Louisiana plant because of a shortage of parts from Japan.

The dominant multi-country production model typically operates on thin margins and tight schedules. And when the 9.0-magnitude earthquake left Japan with blackouts, closed highways and damaged ports, analysts were quick to point out the severe force majeure risks that come with just-in-time supply chains.

Still, there were opportunities. The output shortfall from Japan – a key producer of components for automotive, construction equipment and consumer electronics goods – allowed many US and European firms to wrest market share from their Japanese rivals. Manufacturers in Taiwan, South Korea and Thailand all reported increased orders as companies looked for alternate component sources.

“I think what we saw in terms of high-tech and electronics as a result of the tragedy wasn’t as bad as we thought it might be. The bottlenecks that occurred were largely a result of damaged infrastructure in Japan or a shortage of goods in China, rather than a shortage of broad logistics capacity,” he said.

One company, however, was an exception. RS Components, a distributor of electronics and industrial products, said it leveraged its large supply of stock held in a newly-expanded Shanghai warehouse to fill supply gaps in Japan. The company used a web-based ordering system to quickly establish new relationships with clients.

While about 40% of RS Components’ business in China is conducted through e-commerce, its products are also delivered nationwide by third-party air freight carriers and a global network of warehouses. The company said the system helps the company avoid running short of key supplies.

But most China-based players don’t have the same scope, and were unable to capitalize on opportunities thrown up after the earthquake. Chung Tam, chief China representative for the American Society of Transportation & Logistics, said the disaster gave some in the industry pause for thought.

“There’s more awareness of risk management among Chinese manufacturers now – people are talking about it,” Chung said. “The more mature companies know how to deal with supply disruptions and have diversified their supply networks for critical components. But most Chinese companies haven’t had the foresight to do this.”

Another weakness in China’s logistics industry that was exposed after the disaster is its poor quality of food storage and cold-chain logistics networks.

Japanese demand for agricultural products rose after the tsunami ravaged swathes of the nation’s farmland. And while analysts argued that China seemed ideal to step into the breach, many Chinese food items just couldn’t meet Japan’s stringent safety regulations.

According to state media, for instance, only 35 Chinese companies hold licenses to export cooked chicken meat to Japan. This left only a small number of firms rushing to meet a 10-fold jump in orders on 2010 levels in the month following the quake.

This was partly due to widespread underinvestment in national storage and transport infrastructure. Industry experts suggest up to 30% of fruit and vegetables produced in China are wasted because of a lack of temperature control during distribution. Moreover, only a quarter of foods requiring cold chain logistics are properly handled before consumption or export. Mass spoilage costs the national economy roughly US$6-10 billion per year, according to Millar of M Power Associates.

Bill O’Brien, president of Havi Logistics Asia, said that building a regulatory environment that requires food safety standards to be maintained at every link in the chain is key.

While some progress has been made with food earmarked for export, the real challenge lies in raising standards in the domestic market. O’Brien added that the government pushed for higher cold-chain logistics standards during the Beijing Olympics in 2008. But eventually, the effort fell to the wayside, leaving companies including Havi, Aramark and McDonald’s to do the legwork themselves.

“A lot of the attention has been focused on not being embarrassed internationally. At the retail level, there’s still not much regulation in terms of the level of food safety,” O’Brien said.