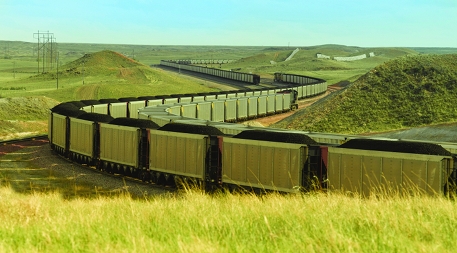 It read like a familiar story. Two bidders were competing in a hostile takeover of a Canadian mining firm. One was a Chinese government-backed company, flush with cheap financing from Beijing. The other was a private North American mining firm. Just three weeks later, a Western CEO announced that his rival’s bid, at US$7.69 billion, was “above our most optimistic assessment of value” and withdrew.

Given the recent history of outbound Chinese M&A, characterized – at least in the press – by a willingness, nay eagerness, to pay top dollar for foreign assets, casual observers could be forgiven for confusing which company was which. The Western CEO in question was Australian Andrew Michelmore, but he was speaking on behalf of China Minmetals, the Chinese state-owned enterprise he has run since the beginning of this year. Despite backing from Beijing (which has a 75% stake in Minmetals), the company nevertheless abandoned its bid for Canadian-listed mining firm Equinox Minerals after being outbid by local rival Barrick Gold. Despite Equinox’s impressive portfolio, which includes copper, gold and uranium, Minmetals couldn’t get past the price tag.

“We will not overpay; we are here to create shareholder value, not diminish it,” Michelmore told China Economic Review in an emailed response to questions about the Equinox bid.

Minmetal’s bid occurred in the context of a general ramp-up of outbound commodity investment by Chinese firms. “I’ve seen a real step-up [in foreign acquisitions] over the last couple of months … a lot more vigor among Chinese companies looking to acquire foreign assets,” said Mike Elliot, global mining and metals sector leader at Ernst and Young.

Much of that investment is targeting Canada. Canada’s Securities and Exchange Commission reports that China is already the biggest buyer of Canadian stocks, and few doubt its share will go anywhere but up.

It will go up even faster if a proposed tie-up between the Toronto and London stock markets goes through. The result would make the combined exchange the go-to equity capital market for mining commodities firms, by integrating the world’s two largest existing equity markets for miners, providing both a pool of liquidity and a concentration of commodities traders and analysts.

Such a merger would mean that most Chinese firms looking to acquire shares of miners in Africa, Latin America, Australia and North America would have to conduct at least part of the transaction on the Toronto exchange.

Many Canadian miners are already listed in Toronto, and they also welcome Chinese money. Chinese firms, once seen only as a source of capital, are now appreciated for other advantages, including technology transfer and leverage abroad.

Yet in this new era of high commodity prices, the Equinox bidding war suggests that these advantages may not be enough, that competition for mining assets in Canada ‑ or controlled by firms in Canada ‑ is set to get expensive and cutthroat, and that Chinese firms are no longer willing or able to ignore cost when it comes to strategic assets.

High commodity prices are a problem for everyone, but it is Chinese demand – in many cases driven by overinvestment – that has sent prices to record highs in recent years, especially for the “big five” commodities: coal, copper, fertilizer, gold and iron ore.

Unfortunately, China’s ownership of global supply is still negligible. Raw Materials Group, a mining research company, reckons that Chinese companies currently control less than 1% of global mine production outside of China. According to PwC, Chinese firms closed 161 deals worth US$12 billion last year. This figure represents just 6% of all acquisitions – compared with 51% for North American mining firms and 16% for Australian companies.

However, new mines are increasingly hard to acquire. “In very general terms, the low-hanging fruit has been picked across the world,” said Andrew Driscoll, head of resources research at CLSA. “The easy mines have already been discovered and developed.” That leaves difficult-to-extract raw resource deposits that have been ignored by foreign companies, and mines already developed by said companies, known as “brownfield developments,” which come with attached infrastructure, financing and proven resources.

Given that most of the remaining difficult-to-extract resources were ignored by Western miners for good reason, it is the brownfields that are increasingly attracting Chinese interest.

“What we just don’t have today is all these large new high-grade big-tonnage resources like we had back in the early 1990s,” said John Hughes, a Toronto-based analyst at Desjardins Securities. “How do you grow without that? How does China source additional resources going forward? By acquisitions.”

Contrary to popular belief, outright takeovers have not been China’s traditionally preferred route for acquiring resources. But this may be changing out of necessity.

“China is still maintaining its historical approach of minority interest stakes,” said Hughes. “But what we have been seeing over the past few years that’s different is the willingness of Chinese firms to assume full control of mines outside of China. It’s a much more aggressive, more North American way to assume control.”

In this new strategy, the Toronto Stock Exchange (TSE) stands to play an increasingly important role.

The London Stock Exchange Group (LSE) announced on February 9 that it would merge with the TMX Group (which operates the TSE) to create the world’s second-largest bourse by market capitalization.

The merger is not a done deal. In May, the Maple Group Acquisition Corporation – a consortium including four of Canada’s largest investment banks and five pension funds – made its own offer for the exchange. The TSE rejected the proposal and the bid turned hostile. Maple plans to approach shareholders directly at a meeting on June 30 – but even if it succeeds, the merged entity’s control of 90% of Canada’s financial markets could run afoul of anti-trust regulators.

At the time of writing, however, the smart money still seems to be on the LSE-TSX merger. If this happens, Equinox’s corporate structure may soon become commonplace. While Equinox equity trades in Canada, the firm’s management is largely based in Australia, and its mining assets are spread across Africa, the Middle East and elsewhere.

“The road to these mining assets all over the world goes through Canada,” said Hughes of Desjardins.

Canadian officials are for the most part delighted by the prospect of Chinese firms investing in both Canadian mining equities and Canada-based mining assets. Provincial and municipal delegations from the resource-rich provinces of Alberta, Manitoba and Saskatchewan have been regularly visiting China to drum up investment.

“We have so many mining assets in the [three provinces] that are valuable to China,” Lloyd Snelgrove, Alberta’s minister of finance and enterprise, told China Economic Review. “We hope [Chinese mining companies] look at these opportunities.”

Perhaps unsurprisingly, the notion of sinister, government-backed Chinese giants gobbling up small, vulnerable Canadian miners – even if only on the stock exchange – is making the rounds in the Canadian press. But the reality is that such companies are often a good match for junior miners.

“It’s a bit more complicated than saying, ‘Oh, they’re going in and picking up a few of these [Canadian miners] on the cheap,’” noted Ernst and Young’s Elliot. “They might feasibly be able to pay a lower purchase price [than private Western rivals], because they cou
ld potentially add value to the partners with other facets that they’re able to bring to a deal.”

He points out that technology transfer is not a one-way phenomenon. After decades of mining in a system closed off from the outside world, some Chinese mining firms have developed unique techniques and technologies for extracting difficult-to-access or low-grade ores and minerals. In today’s changing mining landscape, many Western mining firms now find such technologies useful.

Money in the bank

But the biggest advantage Chinese commodities giants have is still low-cost capital from banks back home, which is particularly attractive in markets where borrowing from local banks has become much more difficult since the global economic downturn. In contrast, Chinese banks are often willing not only to lend cheaply to the Chinese company, but may also help the acquired miner with debt financing. This can effectively lower the purchasing price for Chinese companies.

Chinese state-owned miners don’t deny the privilege they enjoy from government backing. “We have access to considerable Chinese debt facilities at interest rates typically lower than Western syndicated debt with long terms and greater security,” said Minmetal’s Michelmore. “And we have the support of China Minmetals Corporation to borrow at levels beyond those normally available to companies our size.”

Yet this cheap capital is also said to have encouraged Chinese companies to consistently overpay for assets abroad. The sentiment has been bolstered by some high-profile acquisitions that subsequently failed to live up to expectations. The Sino Iron project in Western Australia is a frequently cited example.

“It’s an often-raised criticism, but I think it’s misplaced,” said Ernst & Young’s Elliot. “Having worked on many dozen Chinese mergers and acquisitions now, the whole valuation methodology for a Chinese acquirer is quite different than what you would see a Western acquirer do.”

Whereas most private Western prospectors would value companies based on discounted cash flow models, Elliot says that Chinese bidders tend to use a more holistic method to value an asset in the context of their entire supply chain.

“There’s this arbitrage between domestic production and foreign production that you see these [Chinese] companies doing,” said Elliot. “I don’t think critics of their valuation methodology really has factored that in.”

He said what appears in some cases to be over-paying for an asset may result in overall cost savings down (or up) the line.

The rise of the rest

Unfortunately for would-be Chinese acquirers, commodities companies are becoming less and less capital-constrained; they don’t need to depend on bank loans any more. “Capital is [Chinese companies’] biggest advantage, which means that right now they aren’t that competitively positioned,” said CLSA’s Driscoll. “The entire mining landscape is awash with capital at the moment.”

He points to Minmetals’ failure to outbid Barrick as reflective of this new trend. It demonstrates both that capital is not limitless for Chinese government-backed companies, and that thanks to a new era of high commodity prices, private players are increasingly able and willing to outbid them.

“The balance sheets have deleveraged, cash flows are very strong, so having access to capital is just not what it was earlier in the bear market,” said Driscoll.

The consequences of this liquidity in the mining sector could have profound effects on the outbound acquisition drive by Chinese commodity companies.

For starters, it implies a paradox: Even as Chinese companies become more active and aggressive in their approaches, stiffer competition from private players means they enjoy less success. Again, Minmetals – an avowedly expansionist firm – is a case in point.

Another consequence may be that as the brute-force method of throwing money at acquisitions loses its effectiveness, Chinese state-owned companies might be forced to draw on Western executives with strong M&A experience to lead their companies.

“Minmetal’s bid for Equinox was the first hostile takeover we’ve seen in the mining space, and it failed,” said CLSA’s Driscoll. “So maybe it’s a trend that Chinese state-owned enterprises that have offshore growth
ambitions might need to buy into Western expertise to successfully compete.”

Either way, Chinese mining companies must find a way to better compete in the changing landscape of global mining M&A. Many more takeover battles involving state-backed companies will take place on Canada’s exchange in coming months, and their ultimate success is no longer guaranteed.