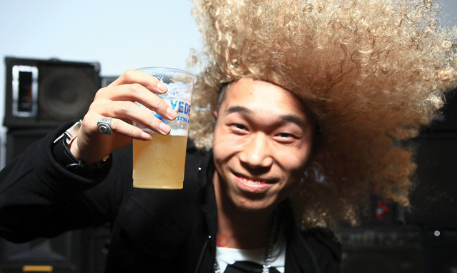 Consumers in the world’s largest beer market tend on the whole to be a conservative bunch. Domestic brands like Tsingtao, Yanjing and Snow will always win over the majority of China’s beer drinkers; if one includes Carlsberg and Heineken, which are also brewed locally, domestic brewers control more than 90% of the market.

In the last 10 years, however, a niche market for imported beers has appeared and still remains relatively untapped. Consumers all over the country are becoming more aware of the higher quality and unique tastes of imported beers. German importers tend to lead the pack, with well-known brands like Erdinger, Bitburger and Paulaner, but Belgian, British, Australian and American beers are also making their mark.

Though the import market has big potential, those that enter are likely to find navigating its tricks and turns exhausting. Putting aside the basic issues every foreign company faces in China, like covering start-up costs and securing human resources, the main factors that beer importers have to consider are how to outpace the competition, how to deal with limited and low-quality distribution channels, and how to cater to China’s varying regional tastes. These challenges have already forced foreign brands like Fosters and American Craft Partners out of the Chinese market.

To brew or not to brew

Most importers follow a similar business model: They acquire a license to import from a brewery and handle direct-to-customer distribution in the area where they are based, but then rely on Chinese partners to distribute their beers in other parts of the country. China has many such distribution companies, but they vary widely in size, professionalism and reliability. Most distributors are small outfits that center on one or two people, and their network of local relationships and foreign partners will find that issues abound over contracts, payments and more. They provide perhaps one of the best examples of China’s famous Wild West business experience.

Importers can also choose to deal with larger professional distributors, but this too has its caveats – smaller brands are often drowned out in an extensive product portfolio that caters to established brands. And even the largest distributors still have a limited reach. Though some distributors advertise their scope as national, there are in fact no such distributors in China. Owing to the country’s huge size, economic disparity and weak logistics network, most companies can maintain a foothold in only a few first- and second-tier cities.

Finally, importers have to consider and cater to particular appetites. As with many other consumer products, Chinese tastes vary widely from region to region.

In first-tier coastal cities, like the richer cities of Jiangsu and Zhejiang, Chinese drinkers don’t shy away from expensive products and pay more attention to the quality of a drinking experience rather than the quantity. Central and northwestern China are face-heavy markets, with the most expensive beers ordered to a table in sets of 12 or even 24 bottles. These regions, including cities like Wuhan, Xi’an and Changsha, are well known in the industry for the consumer’s desire to show off at the table, often playing host to tables of two or three phallic 3-5 liter beer towers.

Northeastern China features the market’s most competitive drinkers. Though the northeast imports considerably less beer than other regions, owing to its comparatively slower economic development, its consumers are famed for their drinking prowess. Northeasterners traditionally engage in “big bowl drinking,” sharing a large bowl filled with baijiu; it’s now common to see this tradition done with expensive beer. Finally, the south is home to both the largest variety of imported beers and the pickiest consumers in the country. Southerners have been exposed to imported beers since the opening of Hong Kong and are therefore much more brand-conscious and price-aware than beer drinkers in other regions.

While regional fragmentation is a big feature of the market, dominant national characteristics remain. Chinese consumers remain predominantly male, and far more likely to pick up an imported beer in a restaurant than in a bar, club or karaoke outfit. And regardless of the region, Chinese consumers are slowly becoming more aware of the high quality and variety of tastes available in imported beers.