Home Economics & Trade This week in China: Off the rails 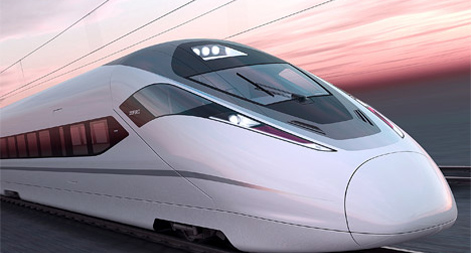 This week in China: Off the rails

It’s a hell of a thing when a state-owned enterprise runs out of money, and readers should remember this day so they can tell their mixed-race grandchildren about it. That’s right: Wang Mengshu, deputy chief engineer at China Railway, admitted on Thursday that plans to roll out 10,000 kilometers of new rail lines have been stalled due to “lack of funds.” Over half of the halted projects are supposed to be the not-quite-as-high-speed-as-Liu Zhijun-said-they-would-be-but-still-pretty-damned-fast rail lines.

After Wang finished making his statement, other SOEs in the audience expressed their puzzlement about this concept of being “short on funds.” Some argued that such a state is only possible when traveling near the speed of light; others appeared to confuse it with an apocryphal stage in the Buddhist afterlife. A provincial real estate developer with mixed-use superplexes in Ordos and Queen Maud Land suggested the Ministry of Railways simply start backdating its checks to 2195. A visibly intoxicated gentlemen in a wife-beater and spats wrote “China Development Bank IOU RMB300 million” on a cocktail napkin and tried to press it on Wang.

But it looks like a lot more of the big boys will be learning the meaning of “financial constraints.” Foreign money is getting harder to come by; FDI slowed in September as Western capitalist running dogs ran for their underground bunkers to wait for Wall Street to repel the Occupiers. Overall export growth slowed for the same reason, although sales of placards, tents and growing senses of frustration and anger spiked for some reason. Beijing did offload some US government debt in August – or at least the US government thinks it did – and may have used some of the cash to buy a whole s#!@load of American corn, which is better than Treasury Bonds in many ways – it’s certainly better tasting.

On the other hand, Chinese leaders may also be building up a war chest with which to save Europe from itself. After Wen Jiabao intimated China might be willing to bail out Greece et al in exchange for oh, say, market economy status from the European Union last month, this month the foreign ministry relented and said it would settle for austerity measures from the offending exchequers. We think this means that China is prepared to buy Greek bonds on the condition that the Greek government start laying off government workers – one in five Greeks has a government job. After the announcement, made during the G20 meeting in Paris, a visibly intoxicated man in a wife-beater and spats wrote “Greek Gub’mint IOU EU300 million” on a cocktail napkin and tried to press it on Wen Jiabao.