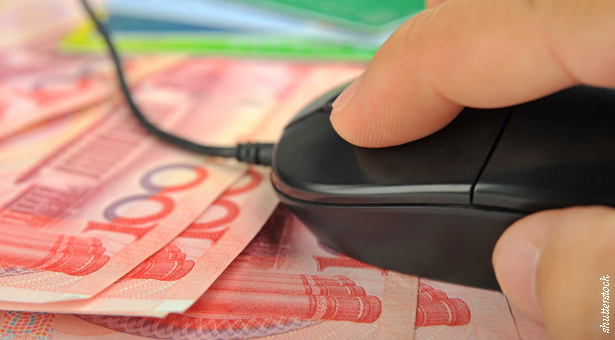 Browsing one of China’s leading internet portals has been easier on the eye in recent years. By Western standards, sites such as Sina or Tencent may seem cluttered – even overwhelming. But, compared to the omnipresent floating ads, pop-ups and uncloseable boxes of years past that pestered Chinese internet users, the general demeanor of online advertising in the country has become – at least for market leaders – increasingly pleasant.

While decluttering is a good start, China has a lot of ground to cover in monetizing digital ads. Boosting the value of ads and handling large amounts of user data will be a large part of raising revenues in the months and years to come. Although digital ad revenues are expected to surpass those of TV in 2013, according to Chinese internet analysis firm iResearch, investors are waiting to see if they can keep up with the pace of the country’s quickly expanding digital universe.

Along the way, harnessing the mobile market will help – in fact, it will be essential. But this market is in its early stages and companies will be wary of running adverts on smartphones or tablets until advertisers can prove that people are looking at them.

China’s digital advertising market is booming, but slower annual growth last year has spooked some investors. The value of the market increased by 48% year-on-year, reaching US$11.7 billion, according to a report from Analysys International, a Beijing-based internet research firm. Still, the figure is down from around 56% growth in 2011.

Company stocks have already suffered from the potential of a continued slowdown. Qihoo 360 Technology, a Beijing-based company that launched a search engine last year, as well as China’s biggest search engine Baidu.com, both lost share value on fears of a slowdown in advertising growth. So did Sina, which owns China’s biggest portal and most-used weibo micro-blogging service.

However, some analysts predicted this year’s growth will at least match last year’s. “The overall macroeconomic situation in China for 2012 wasn’t great, so most customers were hesitant to buy ads, especially online. This year, people are more optimistic,” said Mike Chen, an internet analyst at China Merchants Securities in Shenzhen.

He predicted more than 40% growth in the online advertising market again this year but up to 50% for search engines such as Baidu. Real estate firms and automakers could be big advertisers in 2013, Chen said.

To maintain high growth, China will need to follow the global trend of breaking down larger amounts of data on user behavior and translating that into higher-value ads. A major factor in increasing the value of digital advertising is lifting the value of a view, or how much a company pays when their ad is present or clicked on a computer screen. This value is increasing in China as companies become more efficient at collecting and using data on internet users.

“People used to talk cost per thousand. A thousand eyeballs was the currency that the media business used,” Doug Pearce, chief executive at advertising multinational Omnicom’s China branch, told CHINA ECONOMIC REVIEW last week. “But using new technology, it’s now getting down to the cost-per-one. Because we can target people and serve them ads based on what they’ve done before, what they look at, where they’ve been.”

Advancements in this area come down to crunching and utilizing “big data” as online ad wonks call it, or swathes of information so big that traditional methods of deriving useful trends are ineffective.

China is making headway on employing new data analysis technology, Pearce said on the sidelines of entrepreneurial forum Transition China on April 12 in Shanghai. Companies will have to do this if they want to capitalize on the surge of data to come with increased digital connectivity. Pearce described a future in which advertisers could track a specific ad that is viewed in an individual household, as well as any actions taken by people in their homes, such as opening a refrigerator or turning on a stove top.

Companies that advertise with Omnicom China use about 25-30% of their ad spending online, Pearce said. Online video platforms such as Youku have been the fastest growing segment of digital advertising in China, he added.

On the road again

Mastering ads on computer will not be enough. Companies will need to apply that knowhow to handheld devices – and quickly.

The number of Chinese toting smartphones is set to double this year from more than 300 million last year, putting pressure on companies to figure out a profitable mobile model. By 2016, PwC predicts there will be 1 billion smartphones, tablets and other handheld devices in the mainland market.

One major challenge to increasing mobile ad revenues in China is the inability to evaluate how many people actually see the ads on their phones, said Chen at China Merchants Securities. While tracking the number of people who click on an ad from their desktop computer is easy, the technology needed to calculate views on a handset or a tablet isn’t in place yet.

Advertisers will catch on to the rise of mobile, Chen said, and clearer metrics should demonstrate a rapidly increasing number of views.

“Soon, advertisers may realize that mobile advertising is getting more views than PCs,” he said. The technology used on mobile advertising platforms in China lags about one year behind that employed in more advanced markets such as the US, he said.

The country’s advertising heavyweights will need to do more than simply refine cluttered websites to keep growth positive. Companies must continue refining data on customers in the hopes of designing more effective ads and bumping up the cost-per-view. They can follower users around in their apartments, as Pearce of Ominicom suggests, later on.

It may not be long before smartphones are the primary device on which Chinese are browsing the internet. Focusing on the computer screen alone would be a huge mistake. Given the rapid development of China’s mobile market, companies will have to perfect traditional digital advertising with one hand, while dialing in the mobile industry on the other.