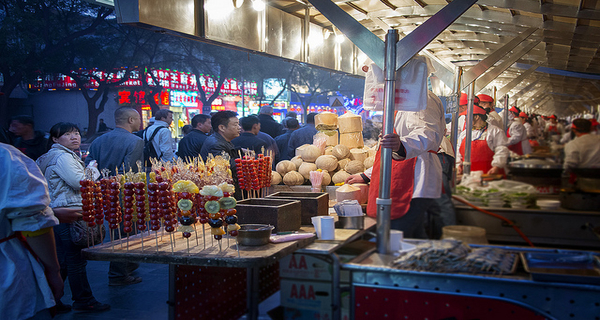 China’s Consumer Price Index (CPI) saw an unexpected jump in February, rebounding to 2.9% year-on-year from 1.5% in January, its highest rate since November 2013, according to data released by the National Bureau of Statistics last week.

This is in line with China’s official CPI target of 3% for 2018 announced last week during the opening of the National People’s Congress in Beijing. Actual inflation rates, however, have been considerably lower. In 2017, China’s CPI grew by 1.6% year-on-year, and in January of this year the index rose by a similar 1.5%. Over the past five years, the CPI has risen at an average annual rate of 1.9%. The Bloomberg consensus for 2018 is a monthly average of 2.3% year-on-year CPI growth.

The Producer Price Index (PPI), conversely, grew at its slowest rate in 15 months. The index, considered less sensitive to seasonal factors such as Chinese New Year (CNY), rose 3.7% year-on-year compared to 4.3% in January, possibly caused by the easing of the antipollution campaign, which had previously maintained higher prices despite weaker industrial output.

Much of the growth in consumer prices appears to have come from a normalising of food prices, which finally grew in February following 12 months of deflation. Food prices grew 4.4% year-on-year last month from -0.5% in January, compared to 2.5% year-on-year for non-food prices.

Analysts at Capital Economics forecast this upward trend to continue over the coming few months, mainly due to the “unusually sharp fall in vegetable and fruit prices after last year’s Spring Festival” providing a “flattering base for comparison.”

Standard Chartered, who have predicted 2018 CPI inflation of 2.7%, went one step further and think most of the inflation pick-up this year will come from higher food prices.

Mizuho, however, believe that robust demand in the services sector will maintain the CPI inflation rate at around 3% year-on-year over the course of the next few months, in addition to the base effect.

In terms of policy-making, sustained upward pressure on consumer prices would normally be expected to elicit a tightening of China’s monetary policy to reign in high demand. However, given the sharp jump between January and February, it is possible that last month was just a spike caused by food prices and CNY influences.

Slowdowns in credit and money growth over the past year may continue to slow down an already-decelerating economy, ultimately impacting wages. Driven by slowing inflation in healthcare and rental cost inflation, Capital Economics said that “past experience suggests that policymakers are more likely to loosen rather than tighten monetary conditions this year.”