Home Economics & Policy CPPCC: Who's who of China's elite 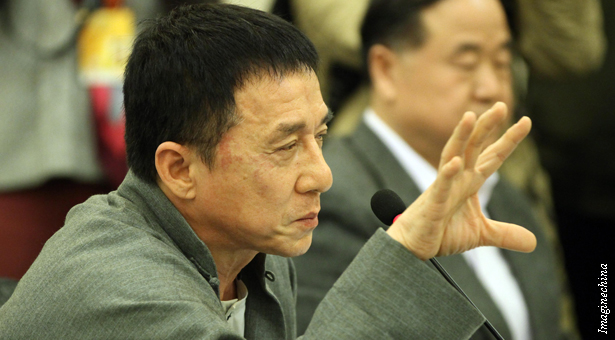 CPPCC: Who's who of China's elite

“The Chinese People’s Political Consultative Conference (CPPCC) holds high the banner of patriotism and socialism, adhering to the two main themes of unity and democracy.”

It’s potent statements like these that the more than 2,200 members of what’s often called China’s “top advisory committee” have been hard at work drafting this year. The conference opened on Sunday and will gather many top politicians, business people and personalities into one of Beijing’s massive political venues until next Sunday, presumably to map out policy recommendations.

Zhao Benshan, one of the country’s most recognizable faces in entertainment, will be on hand to mull China’s economic challenges. Former NBA superstar Yao Ming and Hong Kong actor Jackie Chan will chime in with their own political expertise.

“You have this many actors come and take part. Is it really that interesting? Do they understand politics? This is really suspicious,” independent historian and former China Academy of Social Sciences member Zhang Lifan said Wednesday.

There is certainly some business expertise on board this year, as in years passed. The CEO at China’s biggest search engine, Robin Li, and a board member from internet media giant Sina, Zhang Yichen, are members. And of course there are princelings, such as Li Xiaolin, the daughter of the former senior party leader Li Peng. The younger Li heads China Power International Holding, a power company based in Hong Kong.

It’s unclear how these expertise are used, however.

Today, the CPPCC is generally considered an echo chamber for the policies the country’s leaders have already put forth; its advice is often little more than praise or support for the agenda of the Communist Party. For example, the conference’s outgoing chairman Jia Qinglin reminded members to “unite around the party, to share common goals in ideology, common direction in task” and so on. Substance can be hard to derive from discourse, or at least what’s released to the public. Observers can only imagine what words of wisdom incoming chairman Yu Zhengsheng, the party secretary of Shanghai, will illuminate the conference with.

But the CPPCC wasn’t always so impotent.

In fact, the body gave birth to the PRC in 1949 through the drafting of its original constitution, known as the Common Program, Zhang said. It was the central decision-making body for the new Chinese state until 1954, when the first National People’s Congress (NPC) convened. It rapidly lost functionality after handing over the reins of power to the congress, Zhang said. Today, it has no real power despite its close connection to the NPC (The two meetings open around the same time each year and are collectively known as just that: the “Two Meetings” or the Liang Hui in Chinese).

Given its lack of authority, why do some of the top business minds in the nation congregate at the CPPCC each year? From superstars to CEOs, the conference largely functions as a who’s who for mainland elite.

Many business leaders who are invited probably have little choice but to attend. A strong relationship with the government is vital to running a successful business in China. Having business leaders attend also benefits the government as top executives lend legitimacy to the meeting.  In return, business leaders can expect the blessing of the party. And all too often in China, that can be the determining factor between going bankrupt and turning a profit.