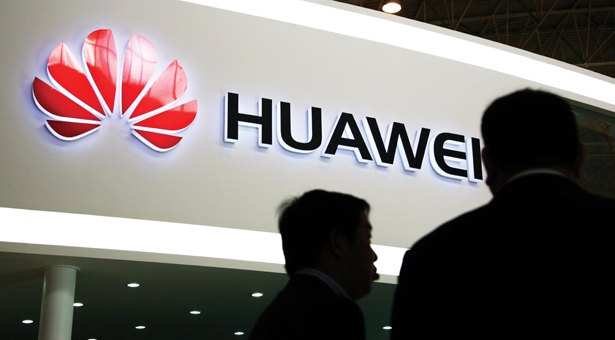 Imagine an attack on the US that poisoned water supplies, derailed trains and caused power outages across large swathes of the country. Such an offensive would likely require a large strike force networked across the US, a difficult feat given vigilant post-9/11 efforts to combat terrorism.

Unless, of course, the US has already gone to the trouble of creating a network ready to be exploited – such as its telecommunications infrastructure. In a speech in early October, US Defense Secretary Leon Panetta warned of the threat of a “cyber-Pearl Harbor” if hackers affiliated with extremist groups or aggressor nations attacked transportation, energy or other vital infrastructure systems in unison.

Panetta did not explicitly state which nations might be aggressors, but China is undoubtedly on the list. Only days before the secretary’s speech, the US House of Representatives Intelligence Committee released a report arguing that Chinese telecom equipment maker Huawei could contribute to this cyber-threat if allowed to operate in the US. The report recommended that the Committee on Foreign Investment in the US (CFIUS) and other government agencies do what they could to halt Huawei’s US expansion.

Critics of the report have labeled it an unfair attempt by US politicians to rally voters around anti-China sentiment. But while US politics is rife with such examples of political point-scoring against China, Huawei’s entry into the US could present a legitimate threat.

The potential risks of Huawei’s technology outweigh the potential benefit of its US investments. The closely-held company lacks transparency, has close ties to the People’s Liberation Army and deals in technology vulnerable to hacking. Huawei also seems ill-positioned to turn down the Chinese government, which maintains tight control of the domestic economy, if it seeks to use the company’s devices for espionage. The US already broadly suspects China of cyber espionage, including unproven allegations in the hacking of the US-China Economic Security Review Commission last year.

But these concerns should not necessarily extend to other deals. One such example is China National Offshore Oil Corporation’s US$15.1 billion takeover bid for Canada’s Nexen, which drills for oil and gas in US-controlled portions of the Gulf of Mexico. US politicians are similarly painting this deal as a threat to US national security.

But unlike Huawei’s US expansion, CNOOC’s control of Nexen would only be of strategic importance in the unlikely event of an open conflict between the US and China, when the two countries could move to block each other’s resources. If this occurred, US military strength would mean far more than CNOOC’s signature on a contract.

Congressional criticism of the pending Nexen takeover harkens back to CNOOC’s bid for US energy company Unocal in 2005. At that time politicians successfully fought to kill the deal on mostly symbolic fears of China taking over such a large US company. Although legislators cited security concerns, those appeared to be just one more rhetorical tool to stop the takeover.

But much has changed since the Unocal days. Most importantly, the US is in a far weaker economic position. It cannot afford to turn away companies from the world’s second-largest economy – which invested more than US$1.3 billion in the US in 2010 alone – unless they truly present a threat to national security.

US voters consistently say that their top concern is the economy. When it comes to vetting Chinese investment in the US, politicians would do well to remember that. Regulators, including those with CFIUS, need to distinguish the companies that present legitimate security threats from those that don’t. Otherwise, Chinese companies will vote with their wallets and take their business elsewhere.