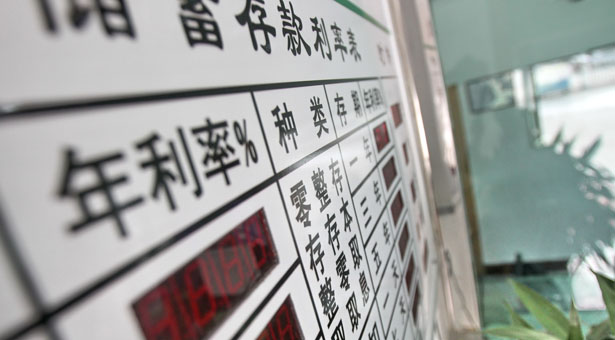 Almost every major economy – the US, Japan, many European nations – has encountered an economic crash at some point in its development. In many of these crises, regulators and financiers willfully overlooked the growing risks to the economy until a crash was unavoidable. China, yet to have its first modern crisis, may have the rare benefit of an advance warning.

In December, Huaxia Bank revealed that a US$22.5 million investment product, which it helped many of its customers invest in, had defaulted. Protestors who had lost money took to the steps of Huaxia’s Shanghai branch, demanding compensation. A third-party guarantor ultimately repaid the principal on the investments, although, at press time, the government was continuing to investigate whether any crimes were committed. The Huaxia incident was the most prominent case of a wealth management product (WMP) – a high yield, obscurely structured means of investment that has grown increasingly popular since 2010 – defaulting to date.

That event highlighted the systemic risk posed by WMPs should defaults become a common occurrence, a concern among many analysts. Banks frequently use these off-balance-sheet products to finance some of China’s riskiest borrowers, including property developers and pawn shops, which are frequently ineligible for traditional bank loans.

Widespread defaults of such risky products could cripple the Chinese banking system: The outstanding balance of such products amounted to US$1.4 trillion (RMB8.8 trillion) at the end of the third quarter of 2012, roughly the equivalent of Australia’s annual GDP, according to Barclays’ statistics. Yet Barclays’ figures are only an estimate, and in the absence of regularly released official data, the true scale of the problem remains unknown. Estimates ranged up to US$3.2 trillion (RMB20 trillion) as of the end of 2012.

Analysts sharply disagree about how severe a risk these products present. Some say regulators are purposefully encouraging banks to issue WMPs as a means to experiment with more liberal lending policies, and argue that the risk is small and actively monitored. Others say WMPs threaten to drag down the entire financial system.

“For a while the regulators were actually quite happy to see all these developments in the market,” said May Yan, a banking analyst at Barclays, who advocates moderate changes to how WMPs are managed. “But I think now it’s come to the point that these have grown to be too big.”

The Huaxia incident is now forcing Beijing toward a day of reckoning. Regulators must tackle the difficult task of regulating WMPs or gamble with the opaque and potentially mounting risk of a crisis.

A monster (earner) is born

Wealth management products arose as a way to exploit a regulatory gray area of China’s otherwise rigid banking system. Unlike in the West, where banks independently decide how much they will lend and at what interest rates, Chinese regulators set a quota for how much banks should lend and designate a minimum interest rate for loans. They also set a cap on the interest banks can pay to depositors, thus guaranteeing banks pocket the difference between the loan and deposit rates as profit. With this built-in profit margin, banks have little incentive to lend to higher-risk private companies. Instead, they make loans to state enterprises, whose government backing leaves virtually no risk of default.

The current system allows the central bank to adjust lending quotas and rates to alternately promote growth or tamp down inflation. Beijing is reluctant to give up this policy tool, even though liberalizing rates would benefit the broader economy by distributing capital more efficiently.

Under the current system, the cap on deposit rates allows banks to acquire funds cheaply from China’s high-saving households. If the banking system were deregulated, savers would be able to shop around for the highest returns on their money, driving up deposit rates. If deposits become more expensive for banks, the profit margins on low-rate loans to state-owned enterprises would shrink, giving banks incentive to offer more loans to private enterprises that are higher risk but offer higher returns.

“The problem here is that the government doesn’t want to let the market define risk, it wants to define risk,” said Patrick Chovanec, a professor at Tsinghua University’s School of Economics and Management. State-owned banks lend to state-owned firms, giving the government a say in every step of the process. “It wants to channel resources where it wants to channel them … It’s a question of giving up control.”

But wealth management products give banks a way around government controls, as they are not counted as conventional loans that are subject to quotas and lending guidelines. The products first grew in popularity in 2010 when regulators, concerned about inflation, tightened official lending. Banks reacted by using WMPs to unofficially lend money outside of the system.

These products fall into two categories based on the underlying investment: Those that invest in interbank bonds and those that lend the money, at higher risk, to companies. Since WMPs mostly reside off-balance sheets, the split between the two is not known. Banks are required to submit some data on WMPs to regulators but it is not available to the public, said Hu Bin, a banking analyst at credit rating agency Moody’s.

Within each of these two categories, banks offer WMPs that guarantee the principle and those that do not. In the event of a default, a bank will pay back investors their principle on guaranteed WMPs, whereas investors in the non-guaranteed variety lose everything.

Each kind serves a distinct purpose. Banks can count guaranteed products as deposits. But, unlike normal deposits, WMPs can offer higher interest rates that more easily attract the funding banks need to meet required loan-to-deposit ratios. The downside of guaranteed loans is that banks are financially liable should the investment default. By contrast, banks use non-principal guaranteed WMPs to boost profits. Banks place their clients’ investments with third parties and collect a fee, with no liability should the investment default.

Small financial institutions – joint-stock, city and rural lenders – are among the leading sellers of WMPs, accounting for 48% of the wealth management product market as of the end of the third quarter of 2012, according to Fitch Ratings estimates. That’s because smaller banks struggle more with both raising profits and meeting reserve requirements than larger banks, said Yan of Barclays.

Regulators are well aware of the proliferation of WMPs, but they have chosen to allow them for two reasons, said Hu of Moody’s. First, the interest rates offered on WMPs help officials assess what real market interest rates might be if the system were deregulated. Second, the products also help regulators move toward the goal of diversifying Chinese savings away from traditional deposits, which make up a larger proportion of the financial system than in developed economies. WMPs are therefore creating a better environment to roll out new reforms to the financial system, Hu said.

WMPs do present some risks to the financial system, but banks can limit that risk that by properly gauging the odds that the asset underlying a WMP will default, he argues. After all, the primary function of a bank in a free market economy is to weigh risk versus return. “If they eliminate risk then where is the return?” Hu said. “So WMPs would not be a major issue if they reduce the risks and understand the risk. And finally they should take measures to control the risks to the extent that they can afford it.”

But Chovanec of Tsinghua University argues that WMPs are an overly risky and inaccurate way to experiment with lending rates. “The experiment is being done under extremely distorted conditions.”

That’s in part because retail investors rarely understand where their money is invested or the risks they face when they buy into a WMP. “Ordinary buyers do know something about WMPs, but I can’t say they know much,” said Ye Linfeng, a researcher at CN Benefit, a Chengdu-based wealth management consultancy. Many buyers simply invest in what their friends or bankers tell them to, Ye said. Bankers have incentive to downplay any risks and emphasize high returns to sell more products and collect more fees.

Many Chinese wrongly assume that because state-owned banks are too big to fail, there is no risk of losing money, and neglect to pay close attention to the terms of the WMP contract. A history of bank bailouts has reinforced the idea that money placed with banks is safe no matter what. For example, the Big Four banks unloaded US$169.3 billion in bad loans in 1999 by selling them to government-created entities, instead of being forced to accept the losses.

“Everyone assumes, ‘Oh somebody else is bearing the risks and I’m okay,’” Chovanec said. Without a proper perception of risk, banks cannot adequately determine what returns should be.

With banks and investors perceiving little risk and high rewards, the number of WMPs has grown rapidly. The Chinese Academy of Social Sciences expected banks to issue 30,000 WMPs in 2012, an increase from 23,858 in 2011.

The pressure to offer more WMPs may lead banks to offer products with poor underlying assets, such as loans to highly speculative development projects, Chovanec said. Banks could also merely be repackaging bad loans from old WMPs, hiding a mounting risk to the financial system.

Putting on the risk

Beijing began warning banks to institute more internal checks on WMPs in the aftermath of the Huaxia incident. In December, the China Banking Regulatory Commission (CBRC) ordered all banks to rapidly assess the risks for all high-yield, third-party products on offer, including WMPs. The China Banking Association industry group, which represents most banks and reports to the CBRC, additionally formed a committee in December to introduce stricter standards for wealth management products.

However, neither the committee nor the CBRC have indicated what those stricter guidelines might be. Analysts expect the government to issue further specifics soon, likely once the investigation into the Huaxia incident concludes.

The decision regulators make about WMPs in the weeks or months to come will likely determine whether the products ultimately pose a threat to financial stability. Officials are faced with three options. Regulators could maintain the status quo, thereby allowing the current risk to the economy to continue to grow. They could also quash WMPs, cutting off lending to smaller firms at a time when China needs the private sector as a source of growth.

Or, finally, regulators could make WMPs transparent and integrate them into the official banking system. But officially allowing banks to assess risk and returns, and set what are essentially loan and deposit rates on WMPs, would be tantamount to liberalizing lending. And banks that are allowed to lend freely are bound to sometimes make bad investments – a prospect that makes Beijing nervous.

“[The government] wants to decide when losses take place or a default takes place, which preferably would be never,” Chovanec said. But allowing bad investments to default is necessary to ensure loans are channeled to the most deserving parts of the economy.

For decades, China has enjoyed the best of both a free market and centrally planned economy. In many areas – state monopolies, fixed energy prices, subsidies to state-owned companies – this model has reached its limit and is dragging on growth. The lending market is no exception. WMPs have allowed China to have it both ways, with banks lending freely in a regulatory gray area even as the state maintains rigid control of the rest of the credit market.

Beijing could choose to retreat to familiar ground and restrict banks from issuing more WMPs. Or it could forge ahead into new and unfamiliar territory of liberalization. The way forward may look more treacherous. But just because the ground already covered is familiar, however, doesn’t make it safe.