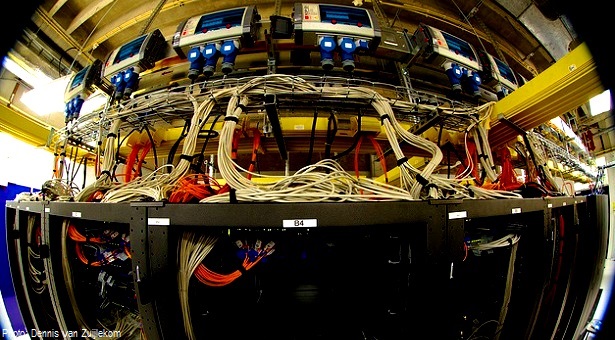 At stores throughout New York City, customers pulling out their cell phones to pay with Apple Pay or Google Wallet may have trouble finding registers equipped to handle the latest in mobile payment technology. With only 21% of iPhone customers using Apple Pay, digital wallet services have struggled in the U.S. amid data security concerns. Not so in Shanghai, where shoppers regularly reach for their mobile phones to pay for goods. Alipay, the largest Chinese online payment provider, reports that it has over 350 million users and is projecting continued growth as Chinese citizens increasingly rely on mobile technology for everyday transactions.

With nearly 650 million regular Internet users and 557 million active mobile phones, China’s digital age is clearly in full swing—although it’s taken on its own unique characteristics. Research by the China Internet Network Information Center found that in June 2014, smart phone Internet connections exceeded traditional PC connections for the first time as Chinese citizens powered up hand-held devices to stream media, play games, shop and chat. Many are choosing to skip desktop and laptop computers, instead lining up to buy smart phones that rely on mobile phone data and flexible apps which allow consumers to do the same things that desktop users do.

Chinese telecom and IT companies such as Baidu, Alibaba, Tencent, Huawei and Xiaomi are reaping the benefits as they aggressively expand operations at home while eyeing opportunities abroad. Underlying these tech giants’ success is the efficiency and reliability of data centers— the specialized facilities that continuously receive, process and distribute the information that makes the mobile web possible.

Huawei, China’s largest telecom company, will invest US$350 million over the next three years in order to improve its data center technology. In addition, “partnerships between Internet companies and traditional industry will become more commonplace as new business ideas rely on cloud computing to gather and process massive amounts of data,” said Lu Wei, an assistant professor Information Systems Technology and Design at Singapore University of Technology and Design. “The increased demand for cloud computing and data services can play a valuable role in China’s gradual transition to a service economy.”

Ahead in the cloud

Maximizing the efficiency and profitability of data centers is any operator’s chief concern, and while smaller companies often choose to purchase cloud computing space from dedicated data providers, IT companies with bigger storage and capacity needs often build their own. Facebook, for example, has around 1.44 billion monthly active users; accordingly it has had to build a number of huge facilities – such as a 307,000 square foot center in Prineville, Oregon– to do the heavy computational lifting needed to ensure that the website can host millions of gigabytes of personal data.

As affordable smart phones allow more consumers access to the Internet, these companies must adequately plan and construct additional facilities to keep up with demand. Even Apple has taken advantage of China Telecom’s expansive database network and purchased cloud computing storage for itself on the mainland. Considering that telecommunications is one of the most tightly regulated sectors in China in terms of market access, the top three (state-owned) firms are virtually assured continued dominance of the mobile phone and data center market.

Real competition comes from tech giants Baidu, Alibaba, and Tencent–collectively referred to as BAT–who are also continuously building data servers and cloud computing centers to match the enormous demand for their services.

Baidu, the mainland’s most popular search engine, operates data centers around the country, including a massive 120,000 square meter facility in Shanxi Province. Alibaba, the owner of cloud hosting company Aliyun and e-commerce site Taobao, has recently opened a data center in Silicon Valley while the popularity of online shopping has made it the top hosting company in China as well as the fourth-largest worldwide. Tencent­–the company behind WeChat–has invested in new micro modular data centers that increase energy efficiency and facilitate continuous, uninterrupted usage of servers. Last month, Tencent began construction of its fourth data center building, located in Chongqing Province, a symbol of the Internet’s spread from the coastal provinces to the rural heartlands of China.

According to research conducted by the U.S. Department of Energy, China had 5% of the world’s data center space in 2013 valued at US$24 billion. The research also states that China’s data centers are growing 20% annually and capturing around 7% of total global investment in data center operations. In greater China, Beijing, Shanghai, Shenzhen, and Hong Kong have the most data centers and most total floor space, but Beijing’s is growing at nearly double their rate. While there has been comparatively little development in the rest of the country, new renewable energy laws, towering real estate prices in top-tier cities and directives from the central government could combine to alter the status quo.

China’s “Internet Plus” plan, revealed by Premier Li Keqiang in March, was a call to speed the growth of the country’s cloud computing and big data industries. Issued as a section of the 2015 Government Work Report, the plan seeks to integrate mobile technology, cloud computing, and big data with modern manufacturing. “Internet Plus provides important incentives for Internet and industry that will encourage new innovations and ideas,” Lu said.

These laws, coupled with the high property prices of big cities, are pushing larger companies to look at less developed regions. Guizhou and Inner Mongolia are two front-runners thanks to their cheap energy, moderate climate and plentiful, low-cost land. Guizhou especially has been marketing itself as the country’s top site for data development and high-tech industry. Its success would represent a major victory for one of China’s least economically developed regions and could mark a shift in where its biggest tech companies choose to do business.

It remains to be seen if China’s leaders will be able to smoothly transition the country away from export-based, heavy industry—particularly in light of recent trade figures. But while user data security remains a serious issue, Chinese consumers’ quick adoption of smartphone payments illustrates the unique potential that the market holds for domestic and foreign tech giants­. Capitalizing on it will be key to enabling a “soft landing” for the Chinese economy. ♦