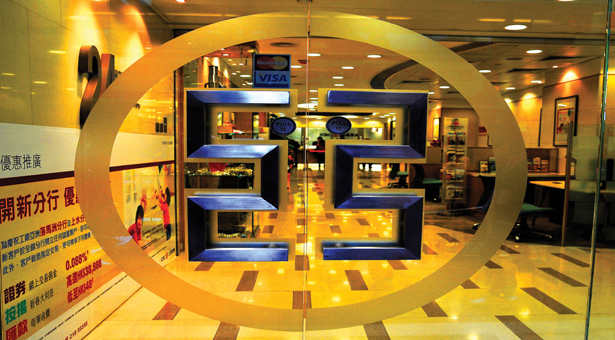 Understanding China’s brand of state capitalism is no easy task. The sector is both opaque and complex. As of 2010, China had 114,500 state-owned enterprises (SOEs) operating in a wide variety of sectors.

The conversation surrounding China’s SOEs does little to rectify the situation. Some Westerners now argue that China’s unique blend of state capitalism and free-market enterprise is a superior model, while others view the state sector as opaque and menacing, or a detrimental drag on an otherwise dynamic economy.

Even economists have difficulty understanding just what role SOEs play in the Chinese economy. “There are Western economists – and I am one of them – who, when they look at China’s economy, they see many things that they are not used to, and many things that are not done according to the textbooks,” said Louis Kuijs, project director of the Fung Global Institute, a Hong Kong-based think tank.

The vast majority of China’s SOEs are owned and administered by local governments. The much smaller slice of the SOEs that are administered by China’s central government are typically the focus of most peoples’ interest, the massive Fortune 500 companies that are referred to as “China Inc.”

The centrally-controlled SOEs fall into three main groups. First are the roughly 100 companies controlled by the State-Owned Assets Supervision and Administration Committee (SASAC), which owns and administers the SOEs on behalf of the Chinese people. Some of these companies are state-owned for reasons of national security; they operate in industries such as defense, transportation, communications, natural resources, construction and industrial products.

Next come the banking and finance companies, including China’s Big Four banks, by far the most profitable of the state-owned enterprises. This sector is variously governed by China’s banking, securities and insurance regulators. Third are the media, publications, culture and entertainment companies, which are run by other central government agencies.

These central SOEs differ widely in terms of the power they can exert, said Curtis Milhaupt, a Columbia University law professor who studies SOE organization. Some strictly follow SASAC’s marching orders, while other SOEs are technically on the same organizational rank as SASAC and might go over its head to appeal directly to the State Council.

Profitability among SOEs also varies widely. A few major firms, such as PetroChina and China Mobile, generate most of the state sector’s profit from their monopoly positions, while the rest typically record significant losses.

Just how SOEs carry out central goals is often another point of uncertainty. But research suggests that SOEs are connected with the government and Communist Party through a variety of institutional links, some of which are concealed by their complex corporate structure.

The organizational system of Chinese SOEs is best described as a “networked hierarchy” that centers on a core holding company, often 100% owned by SASAC or the other managing body, Milhaupt said. The core company owns stake and coordinates resources and information for a group of subsidies, including any listed entities, as well as a financing arm and related research institutes. SOEs are then linked into the broader “China Inc” network through a web of joint ventures, strategic alliances and equity holdings.

The Chinese government exerts influence over the SOEs not only through SASAC and other shareholding organizations but also through a variety of institutional links. For example, the party’s Organization Department rotates personnel between SASAC and the central SOEs it supervises, helping to maintain close ties.

SOE leaders are also educated at the party training school and sometimes given positions in government bodies such as the National People’s Congress. “[T]hat certainly suggests that there’s a very close unity of interests and world view between business leaders and the party leaders and the government leaders,” said Milhaupt.

Decoding that world view, however, is an entirely different topic (see pg 38).