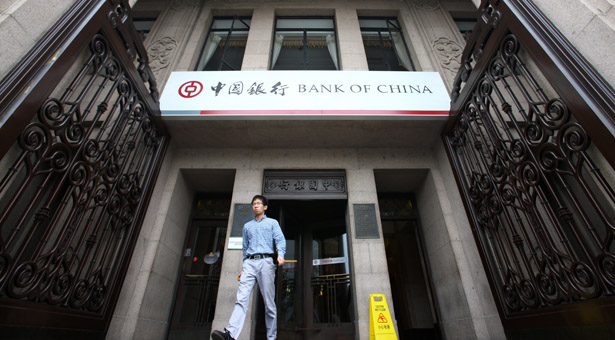 “After the financial crisis, when the government released its stimulus, banks begged us to borrow money we didn’t need,” Reuters quoted Li Huanyan, the owner of steel trading firm Shanghai Shunze, as saying. “We had nothing to do with the money, so we turned to other investments, like real estate.”

Li was speaking from a Shanghai courtroom this fall, where China Minsheng Bank was attempting to recover US$481,000 it had loaned to her company. The case is just one instance in the flood of misplaced and unproductive loans that resulted from Chinese stimulus measures in the last three years.

Until June, when regulators ordered banks to clamp down on loans to the overbuilt industry, Chinese banks had lent freely to the steel sector, seen as an essential part of the country’s infrastructure development. By the end of 2011, the Chinese steel industry was dangerously overcapacity and had amassed US$400 billion in debt – roughly the size of the South African economy.

China’s economy has so far evaded the “hard landing” that many pundits feared, but parts of the corporate sector have not been so lucky. Shipping companies, real estate developers, solar panel makers (see report on page 20) and miners are facing difficult times, as they struggle to pay interest on hefty loans while combating flat-lining incomes and rising costs for carrying unsold inventory. Overall, corporate debt is now equal to 125% of GDP, above the widely perceived safe threshold of 90% of GDP, according to Standard Chartered.

But despite these troubles, outright bankruptcies have been relatively rare, and the official levels of non-performing loans (NPLs) at China’s commercial banks have barely wavered this year. With the government’s implicit blessing, banks appear to be rolling over bad loans in a new wave of stimulus or disguising them under other categories.

This is clearly bad practice. Chinese banks can delay recording non-performing investments in the short term, but no bank can evade the gravity of bad investments forever. The longer bad loans continue unrecognized, the greater the risk of an increase in debt in the future that would dampen economic growth and could spark a financial crisis.

The year of mini-me

Even including estimates of hidden debt, China’s overall debt load is still fairly average on the global scale. As a percent of GDP, it lags behind that of Malaysia, Thailand, South Korea and, of course, Japan. However, its rate of expansion is alarming.

After two years of sharp increases as Beijing fought off the financial crisis in 2009 and 2010, credit growth leveled off in 2011. But this year it has been on the march again as the government fast-tracked infrastructure projects to combat slowing growth. Standard Chartered expects China’s aggregate debt level, including that of households, corporations and the government, to reach 206% of GDP by the end of this year, up from only 153% at the end of 2008.

The bank estimates this year’s stimulus spending was roughly one-third the size of the massive spending in 2009. This “mini-me stimulus,” in the bank’s phrasing, has helped China maintain employment, accelerate growth and generally provide a welcome oasis for investors.

But in the long run, rising debt brings clear risks. For one thing, many economists, including central bank Governor Zhou Xiaochuan, caution that inflation could again rise next year as more money floods into the economy, after sinking to historically low levels in 2012.

Even more worrying, rapidly increasing debt could carry the seeds of a financial crisis. With credit expanding so quickly, lenders often have trouble ensuring the quality of borrowers. China’s average annual credit expanded an amazing 27.8% in 2009 and 20% in 2010. An IMF study of 42 financial crises showed that average annual credit growth prior to a crisis was only 8.3%.

But while anecdotes of suffering businesses proliferate, bankruptcies are still few and far between, and the NPL ratio at commercial banks has barely wavered. The ratio was 0.97% at the end of September, up from 0.9% at the end of June.

These figures suggest some worrying trends. First, banks are likely rolling over many NPLs amid the new rush of financing, issuing companies new lines of credit to ensure they can service old debts.

Second, banks appear to be sweeping some NPLs under the rug by re-categorizing them – allowing banks to avoid setting aside certain provisions against NPLs, which would erode their profit margins. At the end of June, the amount of special-mention loans, a category just one notch above NPLs, had risen 15.2% year-on-year to US$33 billion in the property sector alone. In a report by China Orient Asset Management, one of four firms charged with cleaning up bad debt at Chinese banks, 65.39% of surveyed bankers agreed that the system had more NPLs than bank books showed.

The firm estimated that bad debts could triple by the end of 2012 to 3%. That figure is below international norms, but given its rapid increase and potential underestimation, it is cause for worry. Even a mild deterioration in credit quality could be severely damaging to China, argues Standard Chartered. The bank projects that an increase in the NPL ratio to 12% would wipe out the banking sector’s capital reserves completely.

Finally, an increasing number of loans are being issued off bank balance sheets, meaning they are subject to less regulation. In the last few years, China has seen the rise of new or opaque forms of lending, such as shadow banking, new trust products and wealth management products. These instruments are often difficult to comprehend and regulate. In that, they are scarily reminiscent of the pre-financial crisis proliferation of mortgage-backed securities.

Chinese banks can delay the day of reckoning. But the longer they push off recording NPLs, the more the overall cost of servicing debt rises. Eventually, someone will have to bear the cost of misspent money. When that happens, the consequence will be slower growth, as companies, banks and/or the government put more money into servicing debts and less into new investments.

Many people in China are expecting an increase in infrastructure spending in the next year as the country’s leadership launches new policies. But new leaders are inheriting an economy that has 30% more debt than when their predecessors came to power, and they will not have the luxury of currying favor by handing out cash. Instead, Beijing must find a way to guide lending back down to earth.