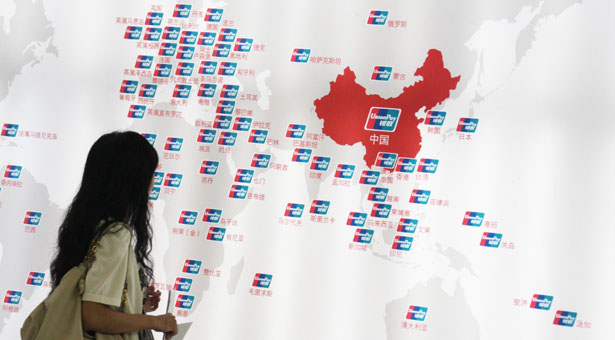 China is managing its WTO membership as if it were a giant Sino-foreign joint venture. As with many of the joint ventures in China between SOEs and multinationals, China is getting its way in the WTO by employing such tried-and-true JV management techniques as intimidation, obfuscation and the dispensation of favors when necessary. This behavior is most pronounced when the country’s WTO commitments clash with party priorities.

During the five-year period allotted to phase in its WTO commitments, China enacted many impressive and sweeping changes. The country reduced tariffs and non-tariff barriers and expanded market access for other WTO members. Intellectual property regulations were strengthened, and government rule-making was made more transparent. This helped US exports to China rise by some 380% between 2001 and 2010 – to US$92 billion from US$19 billion.

Upon joining in 2001, Chinese policymakers knew that the WTO was not comprehensive and that there would be opportunities to game the system. They also knew that they had to modernize the economy and couldn’t do so alone. The country’s WTO obligations lowered traditional trade barriers and brought a fresh onslaught of foreign investment. However, when the WTO grace period ended in 2006, China launched policies to strengthen indigenous innovation and state-owned enterprises, likely with the knowledge that there are no clear and effective WTO rules to discipline them.

As is often the case with Sino-foreign joint ventures, China decided it wanted better terms than in the original WTO agreement. Chinese government entities and SOEs usually don’t renegotiate deals they’ve grown to dislike. Instead, they ignore the parts that don’t work for the Chinese side and vigorously enforce the clauses that do. If the foreigners threaten legal action, they are reminded that the Chinese side holds a huge hammer. No matter the ownership percentages of the joint venture, the Chinese side owns 100% of the political power and influence with the regulators that allow foreigners to do business in China.

The strategy of winning through intimidation is working well for China. Foreign companies are aware that any support for trade actions against China – even behind the scenes – will negatively impact their businesses. Country representatives to the WTO all know that a vote against China can come back to haunt them. Threats of retribution are either passed along directly in private meetings or in smiling asides at banquets and receptions. These practices are so pervasive that senior American and European officials and business associations are complaining publicly.

In March, the EU disclosed for the first time it is contemplating filing trade cases even if companies don’t file complaints. “We are following a number of cases and . . . what we see is, yes, companies are intimidated,” EU Trade Commissioner Karel De Gucht told the Wall Street Journal.

Since China joined the WTO, American negotiators have found themselves in an increasingly weak position. They are largely relegated to employing the power of persuasion in bilateral dialogues to convince China to make changes, arguing – seldom with result – that such changes would be in China’s own interest.

Even when WTO cases are filed, the elaborate preparation required and the time-consuming WTO process itself allow China to achieve its objectives long before any rulings. One example is the 2006 WTO case involving Chinese restrictions on imported auto parts. The US, EU and Canada won the case. But in the interim China was able to further develop its indigenous suppliers and supply chain.

The key dialogues between the US and China have devolved to the point of US officials presenting economic studies and other evidence to try to persuade China that there are better ways to do things. Because the US market is already wide open to Chinese products, US negotiators have no bargaining chips left. Since the global financial crisis, there has been an ever-increasing perception, both inside and outside the US government, that China seems to be only going through the motions in trade and investment forums.

The frustration on both sides is illustrated by the snail’s pace progress on China joining the WTO Government Procurement Agreement (GPA), a plurilateral agreement designed to prevent countries from using government procurement to discriminate against foreign products. This is important from the US perspective because, according to a recent European Chamber of Commerce study, government procurement accounts for 20% of China’s GDP.

Though China committed to joining the GPA “as soon as possible” upon its 2001 WTO accession, only in 2007 did China submit its initial GPA offer, which GPA members considered inadequate. In 2008, China agreed to submit an improved offer. This new offer, made in July 2010, was again rejected. China promised an improved offer by the end of 2011. That deadline was not met.

A key point of dispute is the inclusion of procurement by SOEs. The US insists that this is a prerequisite for any deal. China is unwilling to concede because SOE purchasing is considered a major driver of industrial policies. Eleven years on, discussions about China’s accession are nowhere close to satisfying either side, and China is largely going through the motions in its offers to accede.

When speaking privately, some Chinese officials acknowledge that their interest in these bilateral dialogues is indeed fading – due largely to the preeminence of central government priorities. Every year, China faces the same litany of requests from the US on issues that both sides know they can’t move on until the party’s overarching objectives have been achieved. These include flashpoint topics like rare earth minerals, intellectual property rights, the dollar-yuan exchange rate and many others.

The US government may have already ceded too much ground for it to matter much. US multinationals face a Catch-22 in China. Since the global financial crisis and the resulting US and EU recessions, multinationals are more reliant on the China market than ever before. They also face Chinese retaliation if they support WTO cases and other trade actions.

Multinational executives all too often have little choice but to cut deals to provide Chinese SOEs with technology in exchange for a presence in the expanding China market. These companies are well aware that this exchange could make these SOEs future global competitors, backed by state subsidies that are impossible to compete against. But the China market is too big to bypass.

A prominent American trade attorney called today’s situation with China – the discriminatory trade and investment policies as well as the use of forced technology transfers and trade-secret theft – “America’s biggest challenge since the Cold War.”

“The United States is being massively outmaneuvered and the government doesn’t even see it,” he said in an interview. “There are individuals in the government who understand this. But the government as a whole doesn’t see the big picture. The business community can’t carry this issue in Washington, DC. Various industries and individual companies are split because of their dependence on the China market and how China can either buy them off or intimidate them. The national security community has to get behind this to protect the integrity of the US technology base even if no company is complaining at all.”

Excerpted from “No Ancient Wisdom, No Followers: The Challenges of Chinese Authoritarian Capitalism”