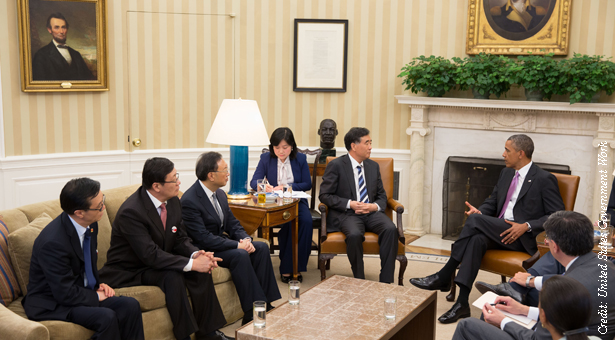 Derek Scissors is a senior research fellow in Asia economic policy in the Asian Studies Center at The Heritage Foundation in Washington, DC

The US and China said Thursday that they are restarting talks on a bilateral investment treaty. The announcement was one of the clearest results of the US-China Strategic and Economic Dialogue talks that just wrapped up in Washington.

But given China’s track record, it’s not clear that such a treaty is a useful step now or in the near future. It may be a good thing, then, that the two countries are unlikely to agree to one and put it into effect for several years.

To be sure, news of such treaty negotiations has been praised on both sides of the Pacific. Chinese Commerce Minister Gao Hucheng is pleased about the restart of BIT talks. He has reason to be: China’s main complaint to the US has been its inconsistent treatment of Chinese investors, exactly what an investment treaty is supposed to address.

The American business community is also pleased. Some problems experienced by American firms, such as coercive technology transfer, could be addressed by a treaty. But others, such as China’s regulatory protection of state-owned enterprises from competition, would require difficult internal Chinese reform beyond the scope of a treaty.

American Treasury Secretary Jack Lew said a bilateral investment treaty “would work to level the playing field for American workers and businesses by opening markets for fair competition.” Lew might mistakenly be thinking of a free trade agreement, a very high-standard free trade agreement. Investment treaties are primarily about protecting investors from discriminatory government policies. They are not transformative instruments which change the nature of economies, especially not large economies. This is the first problem with such a treaty: American business and government may be seeing their hopes and dreams for the Chinese market, rather than what is actually on the table.

One could argue that a bilateral investment treaty is to some extent flexible, so fundamental reforms could be partly addressed. This brings us to the second problem with this type of treaty: why should the US believe the Chinese government wants to reform, especially in ways that suit American interests?

Bilateral talks on an investment treaty started in 2008, but they foundered because the previous Chinese government had no interest in reform. The new Chinese government has talked about reform but done nothing yet. Moreover, it faces a series of difficult challenges domestically, hardly a situation where China will make policy choices to match American desires.

The third problem with a bilateral investment treaty is American politics. The main China issues the US Congress focuses on – the bilateral trade deficit, currency “manipulation” and other trade distortions – are not likely to be addressed in an investment treaty. Further, Congress does not trust China to implement its pledges.  China is not just any economic partner.  A US-China investment treaty is going to be debated – hotly.

The Senate already faces politically painful upcoming votes including those on Trade Promotion Authority, which changes the way Congress can influence trade agreements and is likely to be voted on this year; the Trans-Pacific Partnership trade bloc that will probably be voted on next year; and the Trans-Atlantic Partnership free trade agreement between the US and EU possibly in 2015.

It would be very dubious politics to jump China ahead of American friends in the trade queue. Additionally, multiple political bloodlettings over trade in a single year seem as unlikely as a pro-China vote during the 2016 presidential campaign.

Congress is therefore unlikely to approve a bilateral investment treaty before 2017. That time should be used for the US to set priorities that fit within the framework of such a treaty and for the new Chinese government to show its commitment to reform.