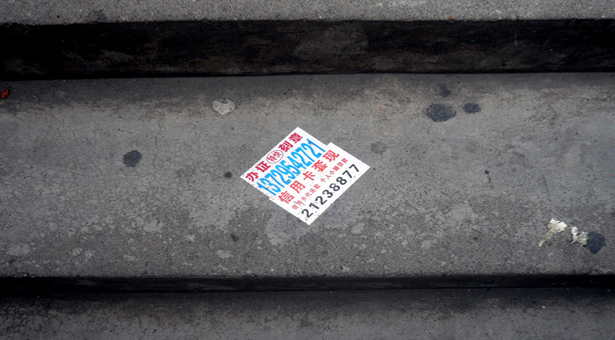 Economists universally acknowledge that corruption eats away at economic growth. How then does China have one of the fastest growing economies on earth, yet maintain a reputation as one of the world’s most vibrant cultures for bribes and kick-backs?

Andrew Wedeman, a professor of political science at Georgia State University and the author of “Double Paradox: Rapid Growth and Rising Corruption in China,” argues that economic growth is actually the source of China’s endemic corruption. Recent studies also suggest popular perceptions of the level of corruption may be overblown.

Wedeman previously taught at the University of Nebraska-Lincoln and the Hopkins-Nanjing Center for Chinese and American Studies in Nanjing, Jiangsu province. He has studied corruption in South Korea, Taiwan and Zaire.

Back in the mid-90s, economists came out with the definitive assertion that there was a negative correlation between corruption and growth, and by extension, development. At the time the Chinese economy was booming; it was growing at 8-12%. It struck me that if there was a negative correlation between growth and corruption – which had gone up markedly in the mid-1990s – then China looked like a pretty strange cat. So the book begins with the question, ‘How is it that China, with sub-Saharan-style predatory corruption, ends up having the second-highest per capita gain in income between 1980 and the present?’

How do you answer that question?

Well, corruption has a negative impact everywhere; it’s a form of theft that leads money into the wrong pockets. But my answer is that China’s economic reforms have involved the creation and re-allocation of a tremendous amount of wealth, and the corruption you see today is a byproduct of that creation and transfer. In other words, the surge in corruption that we’ve witnessed in China beginning in the early 1980s through the mid-1990s is a result of the reform process itself. China has been able to absorb the negative impact of corruption because reform has created such dynamic economic growth. But if the economy slows down, I would anticipate that the negative effects of corruption will become more evident.

You’ve studied corruption around the globe. How does China compare?

I’ve spent time looking at South Korea, Japan and Taiwan, all of which had legacies of corruption, and I wanted to explain why China seemed so different. Corruption in the so-called Asian Tigers tended to be centralized and structured around collecting political money with the aim of consolidating a stable, pro-growth ruling coalition. In China, corruption is largely anarchic and disorganized, with individual officials and cliques scraping off money and stashing it away for their private use.

How can you accurately measure corruption?

Measuring the rate of corruption is difficult, if not outright impossible. There are two common ways to do it. The first is by polling experts, which is the system that organizations like Transparency International use. The other way is to look at what I call the revealed rate of corruption, which is the number of arrests and/or prosecutions for corruption. Neither is a perfect measure. The revealed rate represents only the percentage of people that actually get caught. Now if that percentage is constant over time, it would be a linear function of the rate of actual corruption. But we know it isn’t constant: When the government launches an anti-corruption campaign, the number of arrests goes up. Secondly, the perceived rate is very likely an imperfect function of the revealed rate. After all, how do experts know that a country is corrupt? When they read about people being arrested. The reality is that there is no good way to measure corruption, so we have to use these imperfect proxies.

What do these measures tell you about the extent of corruption in China?

If you compare the perceived level of corruption among countries, China scores about 75% of the maximum. It’s in line with a lot of other countries that are developing rapidly. So China is not extraordinarily corrupt, according to experts. The other thing we can do is look at the revealed rate over time. This is probably one of my more controversial arguments: That the revealed rate hasn’t changed in China in almost a decade. It’s been fairly constant, with 35,000 officials indicted every year on corruption-related charges. The data suggests that corruption surged in the 1980s and 1990s but has leveled off over the past decade.

Why is that argument controversial?

Most people in China and many people who study China assume that corruption is simply spiraling out of control. What I think we’re actually seeing is that incidences of corruption are considerably less than they used to be at the street level. Back in the 1990s you had to wine and dine local cadres if you wanted to get a telephone. If you want a telephone today, you go to the Carrefour. But now corruption is concentrated at a higher level and involves much larger sums of money. That shapes perceptions.

What role do the Chinese media play in that perception of corruption?

The Chinese media are of course constrained; they basically report what the government tells them. The government wants to convince people that it’s making an effort to control corruption, so they do publicize a lot of cases. Whether it was Chen Xitong in the 1990s, Chen Liangyu in 2006 or Bo Xilai today, when a Politburo member gets caught, the case is on the front pages. Not everything is revealed, and obviously senior people with connections are often protected. But the government has an incentive to try to convince the Chinese people that it’s willing to take on the big tigers.

So is corruption actually less common in China than many people assume?

I think most Chinese assume that corruption is endemic. But some interesting surveys have presented evidence to the contrary – though the results are controversial, and I’m not sure I believe them myself. In its Corruption Barometer this year, Transparency International asked Chinese whether they or anyone they knew had paid a bribe in the last year, and 9% of Chinese said they had. What’s fascinating about that figure is that 9% is the same proportion of Japanese, Malaysians, Singaporeans and Austrians who said they had paid a bribe in the last year. An Australian outfit released another survey of businesses in Hong Kong, Shenzhen, Shanghai and Xi’an. Again the question was ‘Have you paid a bribe?’ Only 8% of companies in the mainland cities said they had. According to the survey, most of these people were not bribing officials. Officials were only about a third of the total, while other businesses represented over 50%. Most people in China will tell you that corruption is widespread, and yet if you ask them whether they’ve engaged in it, often the answer is no – at least according to these two surveys.

A campaign is basically a PR operation. Prosecutors generally consider this method to be pretty ineffective because it does not improve detection. Detecting corruption involves a lot of mundane auditing and investigation. You need to go through people’s bank accounts, see where they live, what they drive. Moreover the key is not just to detect corruption but rather to deter officials from turning corrupt in the first place. To do that, you need to limit the opportunity for officials to exercise discretionary authority. It’s very hard to measure the effectiveness of anti-corruption efforts. The evidence would suggest if corruption isn’t getting worse, then you’re doing something to restrict it. But it’s difficult to tell, because essential
ly you’re trying to determine if something you can’t measure didn’t happen.