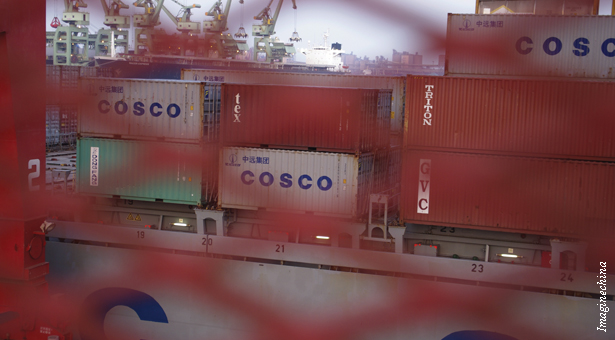 The cover of the fascinating book “When a Billion Chinese Jump” by Jonathan Watts depicts a map of China billowing out of a factory smokestack. This illustration and the dramatic title, sporting the subtitle of “How China Will Save Mankind or Destroy It,” perfectly summarize the narrative of today’s world whose economy, and even landscape, has been influenced and shaped by the stunning economic growth of the world’s most populous country in the last two decades or so.

China’s transformation from a centrally controlled economy into a market-based, trade-dependent and consumer-driven one has been the main story behind the global economic growth prior to the worldwide downturn that began in 2008. China’s economic miracle has led to a dramatic spike in its demand for all kinds of raw materials and manufactured goods, locally produced or otherwise. This has benefited its trading partners, Malaysia included, whose manufacturers, producers and service providers have cranked up production to meet the seemingly insatiable demand from China.

The global maritime industry’s special focus on China must be seen in the context of its population. The country is home to 1.34 billion people, one-sixth of the world’s population. For the first time in 2011, more people in China lived in cities than rural areas. This rapid urbanization has spawned huge consumer demand for all kinds of materials, goods and services. Several economists have projected that China will bypass the US as the world’s largest economy in two decades at the rate things are going.

Given that an estimated 90% of world trade is carried by seaborne transport, the impact of China’s economy on the global maritime industry cannot be overemphasized. Activities such as shipping, port operations, shipbuilding, ship repair and offshore energy exploration and production, to name a few, have flourished around the world thanks to China’s breakneck economic expansion. A world eager to meet China’s huge appetite for materials, goods and services has gone on a binge of building ships, developing ports, expanding logistics capacity, drilling oil and gas offshore, fishing and providing a host of maritime support services.

Seaports worldwide have certainly benefited from growing trade volumes between their host countries and China. Likewise, shipping companies, shipyards and a host of maritime support service providers have enjoyed spillover business from China’s growing trade volumes and aggressive development and expansion of its port capacity and shipping fleet.

Life in the slow lane

For 2013, China is expected to continue its trajectory of growth, albeit at a slower pace. The World Bank forecasts that the Chinese economy will grow 7.7% this year. Considering the size of the economy, one can be hopeful that China’s economy can help prop up the maritime industry and help maintain global demand for various maritime-related services and products at healthy levels.

Much hope rides on China to steer the global economy and the maritime industry out of their slumps, given that other major economies are in the doldrums. The US economy has avoided falling off the “fiscal cliff,” but that does not mean it is out of the woods. Japan’s economic growth is stagnating (Japan’s government projects its real GDP growth at 2.2% in 2012 and 2.5% in 2013) while Korea’s economy grew 2% in 2012 and is projected to grow at 3% in 2013. The Eurozone crisis shows no sign of abating anytime soon. All this does not bode well for the global economy.

Bulk shipping has been one of the worst casualties of the global economic recession that began in 2008. Falling demand for key commodities in this trade – namely iron ore, coal, grains, bauxite-aluminia and phosphate rock – has inflicted serious pain on players in the trade. This has been compounded by the persistent entry of new shipping capacity, a spillover from the good times when owners went on an ordering binge in a market awash with abundant and cheap financing.

The economic slowdown in China has seen its import of key commodities slowing down as well. China is the world’s largest user of steel (45% of world demand in 2011) and importer of iron ore (63% of total world import in 2011) and is also a significant importer of coal (13% of world share in 2011). The soft demand for these commodities has had an adverse impact on ports and bulk shipping players in the region, especially in countries that export steel, iron ore and coal to China.

Several worrying news stories have recently emerged from China’s maritime industry that may provide an indication of what’s in store. At the end of January, Chinese shipping giant COSCO, the world’s largest bulk shipping operator and sixth largest container operator by tonnage size, revealed that it was at risk of delisting from the Shanghai Stock Exchange. The company had been reeling from weak demand for its services, low freight rates and overcapacity in the trades it serves. It posted a loss of US$1.67 billion (RMB10.4 billion) in 2011 and warned of a second straight year of loss in 2012.

COSCO is not the only Chinese carrier facing turbulent waters. Nanjing Tanker Corp, an oil tanker operator also faces the threat of its shares being suspended from the Shanghai Stock Exchange. In addition, CSCL, the 8th-ranked container shipper according to Lloyd’s List as of January 2012, narrowly escaped curbs on the trading of its shares on the same exchange.

Shipyards in China have also been hit by the headwinds of the economic recession and a downturn in shipping markets. According to London-based shipbroker ICAP, 38% of all yards in China failed to secure orders in 2012 and 10% have no deliveries beyond 2012. In addition, 30% of new ships will not be completed on schedule and are unlikely to be delivered owing to as the owners of shipyards have difficulty secure funding. IPAC said there is a “real chance” for several yards to cease operation unle
ss they get rescue package or subsidies from the Chinese government.

This is bad news for the rest of the world. China had the world’s fourth largest merchant shipping tonnage after Greece, Japan and Germany, commanding 9% of world total fleet (as of January 1, 2012) with a total of 3,629 vessels with a capacity to haul 124 million. China is also the world’s largest shipbuilding nation with a share of half of the global newbuildings and new orders, surpassing South Korea in 2010.

Companies in trouble have undertaken several measures to weather the downturn. These include asset sales, recapitalization and restructuring. Even the Chinese government has stepped in to help them, for example, by providing soft loans and subsidies to shipowners building ships at state-owned yards. However, these measures can only go so far and will at best provide short-term respite if the global economy does not turn the corner and demand for maritime-related services does not pick up.

But there is no reason to believe that China’s economic growth will come to a grinding halt. China will continue to record impressive growth rates, albeit not in steroid-fueled double-digit rates seen prior to the global economic downturn.

To be sure, there are many structural problems that China needs to overcome to sustain its economic growth and for its economy to become a global power. China’s economy is still characterized by production of low value-added, labor-intensive products, and its rapid economic expansion has caused environmental and social problems. China still has much work to do to strengthen its banking system, ease off protectionist policies and shake off the label of being a currency manipulator.

However, its population, the rapid urbanization of its society, massive infrastructure development projects, ongoing industrialization and its policy of promoting trade will continue to provide a nearly inexhaustible source of demand for the world’s materials, goods and services which are facilitated by seaborne transport and supported by many activities within the maritime industry.

Jonathan Watts believed as a child that if everyone in China jumped at the same time, the earth would be shaken off its axis, destroying mankind by the sheer weight and enormity of its population. By the same token, China can also be a force for good and help navigate the global economy out of its rut. Amid these bleak times in the maritime industry and global economy, one could not be faulted for believing that China, with its huge population and economic clout, could muster a planet-shaking recovery in the maritime industry once its economy rights itself.

Much will depend on how the rest of the global economy. In an increasingly globalized world, China’s economic performance depends as much on that of its trading partners as theirs do on China’s. With the world economy expected to record better growth in 2013 (4.5% according to WTO estimate), there is reason to believe that the world and China’s economies will turn the corner and steer the maritime industry out of troubled waters.