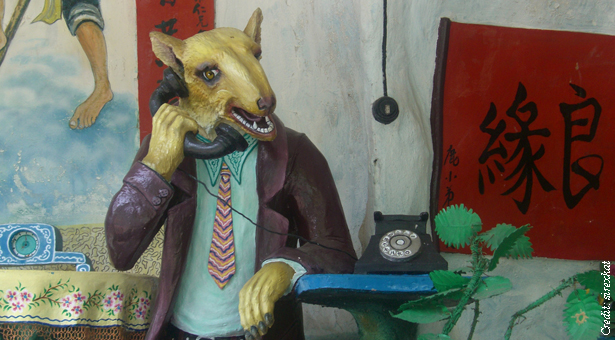 Fallout from Monday’s disappointing GDP numbers continued throughout the week, sending major Chinese telecom stocks tumbling in New York on Wednesday. China Telecom (CHA.NYSE, 0728.HKG) and China Unicom (CHU.NYSE, 0762.HKG) hit nine-month lows, while China Mobile (CHL.NYSE, 0941.HKG) dropped a more moderate 1.7% as of the market close. But these macroeconomic worries shouldn’t be holding back these stocks, which face far more concerning regulatory risks, said one analyst at DBS Vickers Securities in Hong Kong. Regulators could hand down new rules introducing a value-added tax that would lead to short-term costs of compliance. Meanwhile, officials could also open up the sector to private competition by forcing the three majors to lease out use of their networks to so-called mobile virtual network operators. Those are all in addition to the higher profile concerns over the introduction of 4G. But all these factors are already priced into these stocks, which currently have attractive valuations, said the analyst, whose firm has a buy rating on Unicom and Telecom. The decline in price pushing down valuations further this week could present a buying opportunity, and the strong consumer link could help drive the stock prices in the long-term as China shifts to a consumption- and service-driven growth model.

It’s all in your head

No, concerns on bird flu haven’t gone away. As China’s government tries to allay fears of an epidemic, it’s also investigating the possibility of human-to-human transmission of the H7N9 virus. Healthcare providers are watching carefully, but so are China’s two biggest insurance companies, Ping An Insurance (601318.SHA, 2318.HKG) and PICC Property & Casualty (2328.HKG). An epidemic is a double-edged sword for health insurers. While claims rise, so does the demand for health insurance. That said, China is far from a full-fledged bird flu outbreak. On Thursday, 82 infections had been reported, including 17 deaths. “The implications may be psychological ones instead of a real effect,” said Olive Xia, a Shanghai-based analyst at financial services company Core Pacific-Yamaichi International. Investors. Chinese investors should refrain from handling live poultry but consider buying Ping An for non-flu related reasons. At HK$57.95 late Thursday, the company was undervalued and is expected to grow this year on the expansion of its insurance franchise, according to Xia. Core Pacific says buy Ping An and hold on to PICC shares.

There’s a lot of speculation among analysts about what the world copper market will look like just six months from now. And China, the world’s biggest copper consumer, has everything to do with that outlook. When the IMF said this week that China would grow slower than originally expected in 2013, the price of copper dipped 0.5%. There are real concerns that a faltering Chinese economy will kill demand for the metal and driver prices down further. Poor economic statistics released this week didn’t help sentiment. Yet, despite the drop in prices, there are signals that copper demand in China will not follow the economy as a whole. Last year, the country announced a slew of copper-intensive projects that will keep demand steady. Analysts in Shanghai say demand is inline with their expectations and the market is set to grow this year. “Consumers of copper have been buying over the last three to four weeks time, and we believe they will continue buying based on our discussions with major manufacturers of copper in China,” Judy Zhu, a metals analyst at Standard Chartered, said. China would see demand for the metal grow by 5-6% this year, she said by phone on Thursday. While other metals such as steel are falling into a tailspin that could last decades, copper could be a good bet for commodities traders this year.

The IPO market for Chinese companies continues to slumber with no new listings slated for Hong Kong in the near-term, a regulatory hold on listings in the mainland and a dispute about auditing Chinese companies creating too much uncertainty for new floats in the US. There are some signs of a revival though. Xinhua, the state newswire that generally gives an indication of official sentiment, called for IPOs to resume last week. Farther down the pipeline in Hong Kong, two Chinese state-owned companies are pushing ahead with listing and bring the gravitas necessary for a potential resurrection of the IPO market there. Investors looking for fresh shares may not need to bide their time much longer.